An old and rare copy of the central religious scripture of Sikhism has been on display at a museum in Lahore.

But the community now wants the copy of Guru Granth Sahib, which according to some estimates, is three hundred years old, to be placed at Gurdwara Sahib.

The handwritten copy of the holy book, according to experts, is very rare. “While there is no date on it, the writing and ink shows it is more than three hundred years old,” said Aliza Saba Rizvi, a researcher and in charge of the section of Lahore’s Museum dedicated to Sikhism.

According to Rizvi, the manuscript, along with other artifacts were received by the museum as a donation from various individuals and organization over a long period of time.

“This is a rare copy of the Guru Granth Sahib,” Rizvi added. The researcher pointed out that a similar copy of the holy scripture is also found at the Golden Temple in India.

Sikhism has strong roots in Pakistan. The religion was born in Punjab and divided shortly after the partition in 1947. Some of the most holy sites in Sikhism are located in Pakistan, including the final resting place of their founder, Guru Nanak. 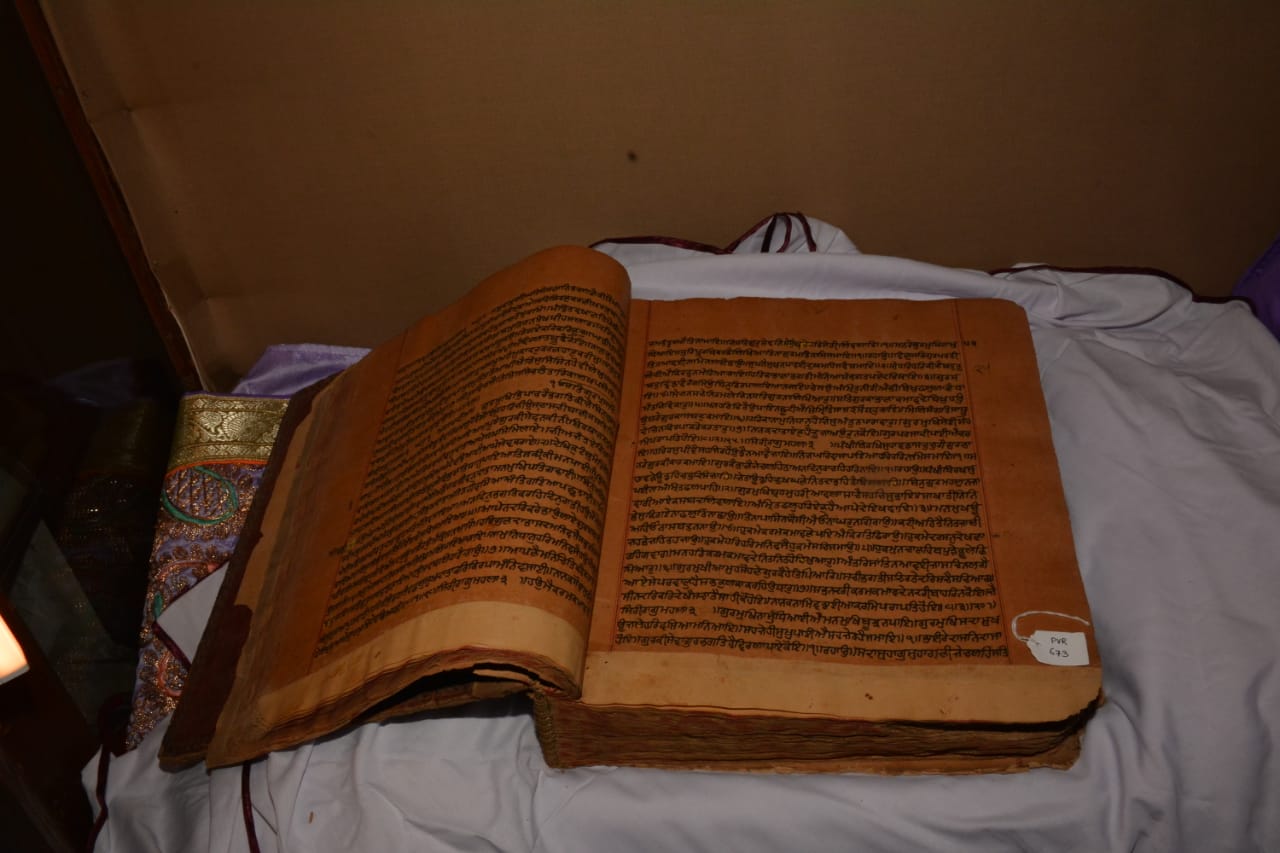 The community in Pakistan wants the holy scripture to be placed inside the Gurdwara Dera Sahib, a temple situated in the heart of Lahore, which stands at the spot where the 5th guru of Sikhism, Guru Arjan Dev, was martyred in 1606.

“This ancient copy of Guru Granth Sahib must be kept in a Gurdwara Sahib,” claimed a senior member of the community.

“It cannot be kept in a closet like any ordinary book,” said Sardar Bishan Singh, former head of the Pakistan Sikh Gurdwara Prabandhak Committee (PSGPC).

“It needs to be placed inside the Gurdwara with the respect it deserves,” said Singh. The community leader said he would place the demand on the agenda for the next meeting of the PSGPC.

Singh suggested the museum should transfer the rare scripture to the Gurdwara or hire a member of the community to take care of the holy book as prescribed by Sikh customs.

Talking to the Express Tribune, Kalyan Singh Kalyan, a senior professor at the Government College Lahore said: “Holy scriptures that belong to the Sikh community are also found at Multan Museum and Dyal Singh Trust Library, Lahore.” Copies of the holy book are also available at the United Nations, Kalyan mentioned.

Members of the community praised the initiative of the Lahore museum to expose visitors to the history of other faiths.

Pakistan, the community said is dotted with holy sites and history of Sikhism.

Our brothers and sisters in Pakistan along with Government of Pakistan deserve credit for preserving this historic treasure. I request the Museum, Government and Sikh team to work together and perform an electronic scanning of Sri Guru Granth Sahib with proper respect and preserve old writing for future of humanity (not just Sikhs) before the original is placed in the Gurdwara Sahib. God bless all!

Pakistan to help recover US hostage held by Afghan Taliban

Huge changes for internet and Big Tech under US antitrust proposal