Would the nations of the world wake up to demand an end to such an assault on the rule of law?

The United States has penalised the International Criminal Court for investigating war crimes in Afghanistan.

In a bizarre but not unpredictable move, Washington has imposed penalties on the Prosecutor of the ICC for investigating crimes committed by US forces in Afghanistan. Sanctioning the officials of the ICC for carrying out their mandated duties would amount to an attack on the international system of criminal justice and indeed an attack on the rule of law. Only a superpower with no fear of retribution can resort to such a brazen display of restricting movements of prosecutors of a reputed world organisation that seeks to investigate and highlight crimes committed by militaries of occupying powers. This is a sad saga of showing disrespect to a world body that is engaged in undertaking an onerous and solemn responsibility on behalf of the entire humanity.

US Secretary of State Mike Pompeo made the announcement of sanctioning the prosecutor of the ICC, Fatou Bensouda, for investigating war crimes committed by US soldiers during the conflict in Afghanistan. Also sanctioned was Pakhiso Mochochoko, director of ICC’s jurisdiction, complementary and cooperation division for having “assisted Bensouda”.

The Hague-based organisation called this action an attack on the rule of law. Earlier, President Trump had authorised sanctions on the ICC for probing and prosecuting US troops for crimes during the Afghan war. Mr Pompeo had no hesitation in calling the ICC a “kangaroo court”.

Interestingly, the action comes in the wake of the ICC investigating crimes committed by the Israelis against Palestinians in the West Bank and Gaza.

There is ample evidence, drawn from all sources — eye witnesses, victims, documents and confessions confirming the involvement of American soldiers in war crimes in Afghanistan. Stories of Afghan Taliban prisoners and others being tortured in prison cells under the control of the US military have been published from time to time in the media. These include inflicting electric shocks on prisoners, hanging them upside down for hours, denying the use of toilet facilities, and keeping them thirsty for days. Hundreds of such detainees have been subjected to water boarding, not once but repeatedly. Instances of sexual abuse are also on record. Keeping prisoners in solitary cells with no communication with the outside world was the least cruel of the wide spectrum of tortures that the inmates were subjected to in their long and agonising confinement.

Crimes committed by soldiers on helpless victims in narrow detention cells has been a recurring tragedy of humanity. The US military is certainly not the only exception. The world has got accustomed to hearing these tales of pain and suffering being inflicted on victims who are in custody. But in the 21st century, one would expect that such crimes, when committed, would be investigated by impartial tribunals and those guilty would be punished.

Practising torture techniques on prisoners is but one dimension of this sordid story. Dropping bombs on wedding parties, religious congregations and social gatherings has been a fairly frequent practice all these years of the long conflict. Non-depleted uranium containing bombs were dropped on populations in eastern Afghanistan for over two years as the world watched. The use of non-depleted uranium against innocent civilians is a crime that would be included in the list of war crimes. These highly enriched uranium bombs were targeting the fleeing Mujahideen warriors but caused irreparable damage to human lives and the atmosphere. Experts claim the radiation unleashed by these bombs would remain in the atmosphere for more than a 100 years causing widespread damage to crops, vegetables, fruit, cattle and human beings. No wonder the incidence of cancer in the population has increased tremendously in the region in the wake of the use of such poisonous materials against humans. Experts also believe the radiation levels in the air would cause diseases of the lungs, liver and kidneys for years and decades to come.

Civilians have borne the brunt of the senseless conflict in Afghanistan. Along with the resistance groups, the Afghan army and foreign forces bear the responsibility for the mayhem and destruction caused to the life and property of innocent civilians.

The resistance groups fighting among themselves or against security forces must be held to account for civilian losses. But an organised force, a force that is disciplined and operates under a system, would not be expected to commit unwarranted atrocities that amount to war crimes. There must be an institutionalised mechanism to investigate any such deliberate crimes committed against helpless prisoners or civilians. This responsibility has been entrusted to the ICC. When the tribunal initiates action in accordance with its internationally recognised mandate and any country, rather than cooperating, imposes restrictions or sanctions on the prosecutors working for such a body, such an action would be a clear defiance of the collective will of humanity. Would the nations of the world wake up to demand an end to such an assault on the rule of law? 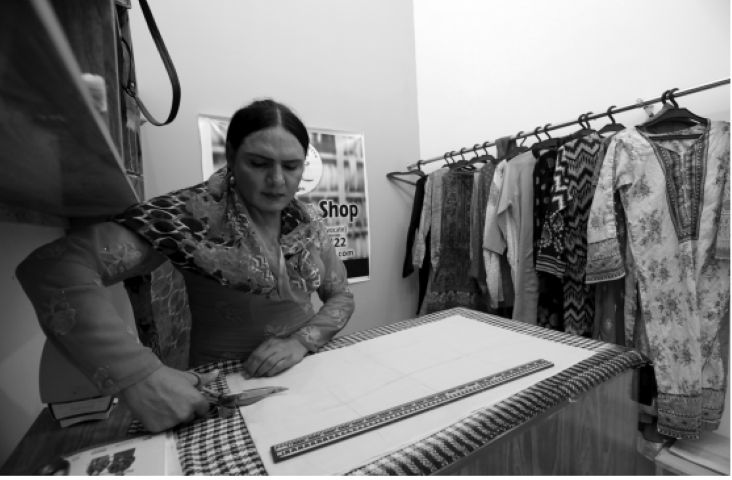