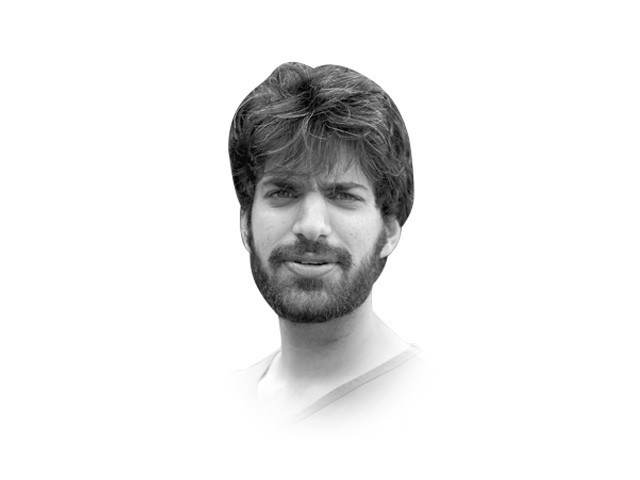 The writer is vice-president of READ (Rural Education and Area Development), which is currently piloting a cell-phone based teacher attendance system in Pakistan

Recently, I was roaming around Islamabad when I was approached by a shoe cobbler who pointed out that my sandals were broken. Caught off guard by this stranger identifying my wardrobe malfunction, I found myself giving him my sandals to fix. While he was fixing my sandals, I found out that he was from Bajaur Agency and was forced to leave his home when army operations began there. He told me how before the operation the Taliban had control of his hometown and how they were suppressing the local population. Curious to hear his opinion, I asked him whom he held responsible for his current predicament. Without any hesitation he categorically said, “America”. Confused by his answer I asked him why he didn’t hold the Taliban responsible for provoking the reaction by undermining the writ of the government. His response was that while he understood that the Taliban were in the wrong, “the operation was done because of America”.

This short interaction with the shoe cobbler highlighted to me some of America’s shortcomings in dealing with Pakistan. By having an overbearing approach with Pakistan, America has alienated an entire country and made itself into public enemy number one. According to a Pew Research Centre study, 62 per cent of Pakistanis oppose US-led efforts to fight terrorism and only 37 per cent support the use of the Pakistan Army to fight extremists. If America wants a long-term solution to the instability in the region, it must make efforts to convince Pakistanis that military operations are in their favour, as opposed to strong-arming Pakistan into action.

The recent withdrawal of $800 million of military aid to Pakistan by America highlights the transactional nature of the relationship between the two countries. One had hoped that the Obama administration would move away from this myopic relationship, but that does not appear to be the case. When this latest lovers spat is resolved and Pakistan does a military operation in North Waziristan as the US would like, it will further cement the idea that Pakistan is fighting America’s war.

In the US media and government, one would be hard-pressed to find anyone saying anything positive about Pakistan, even though it is the country that has suffered the most with more than 30,000 casualties in the war. The fact that Pakistan’s contributions are not highlighted stings Pakistanis greatly.

It is true that the US has to be cognisant of the difficult nature of dealing with the Pakistani government and its sometimes duplicitous nature. However, this does not mean that it dehumanise the sacrifices of the country. If the US continues to deal with the bubble that is Islamabad, it will continue to further alienate itself in Pakistan and will find itself further destabilising the region.