PTI Govt adds Rs11.35 trillion to public debt in two years, according to the finance ministry 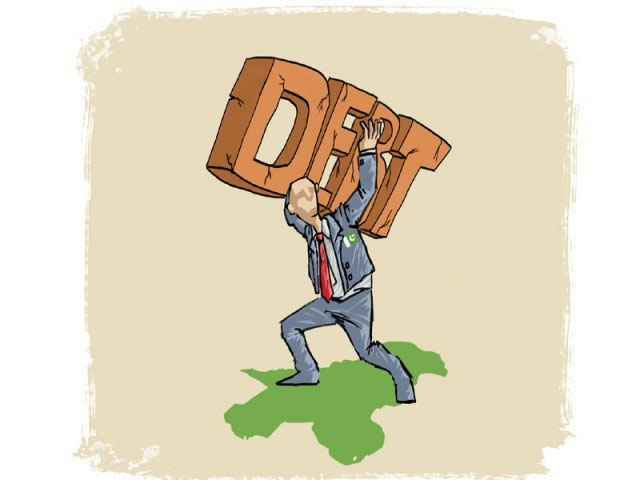 The Pakistan Tehreek-e-Insaf (PTI) government added Rs11.35 trillion in the public debt during the first two years in power, which was more than the total debt the previous government had taken in its five-year term.

In a briefing to media, the spokesman of the Ministry of Finance said on Thursday that total public debt as of June 30, 2020, increased to Rs36.3 trillion or 87% of Gross Domestic Production (GDP).

“There was an addition of Rs11.35 trillion or 45% in the total public debt in the past two years,” said Mohsin Chandna, spokesman of the Ministry of Finance.

When the Pakistan Muslim League-Nawaz (PML-N) government left the power corridors, the total public debt was Rs24.95 trillion or equal to 72.5% of GDP. In just two years, it has surged to 87% of GDP, which is unsustainable and carries huge risks for the economy and the country’s foreign policy.

“About 42% of the additional debt in the past two years was due to debt servicing expenses and another 31% because of currency devaluation,” said Chandna.

Independent experts have criticised the PTI government for keeping the interest rate artificially high at 13.25% and devaluing the currency more than the requirements – the two factors that had now contributed to skyrocketing the public debt.

In February last year, Prime Minister Imran Khan had vowed to bring the public debt down to Rs20 trillion. PM Imran has been very critical of the economic policies followed by the previous PPP and PML-N governments and has set up the Debt Inquiry Commission to investigate reasons behind the addition of Rs18 trillion to the debt stock in 10 years.

But the spokesman said that the public debt management indicators have significantly improved in the past one year due to better management that reduced the refinancing risks and ended the exploitation of the banks that were making “easy money in the past”.

The liabilities that the PTI government added in the past two years were not part of the central government’s total debt of Rs36.3 trillion.

Reason for increase in debt

Out of the Rs11.3 trillion additional public debt in two years, Rs2.5 trillion or 22% has been added due to expenditures, other than debt servicing, said Chandna. He said that during the five years of the PML-N government (2014-2018), the contribution of expenditures, excluding debt servicing, was Rs2.2 trillion or 21% of the additional Rs10.7 trillion that had been added during that period.

To a question, whether the central bank should be blamed for a massive surge in interest expenses, the spokesman refused to reply. But he said that the federal government borrowed at rates, which were lower than the policy rate that was an indication that the interest rates were higher than market expectations.

Chandna also did not answer the question as to why the SBP kept real interest rates positive by 4.5% throughout the year, which was far higher than the globally accepted standards of around 2%.

The value of the dollar should not have been artificially stopped at Rs105, which carried serious implications for the economy, said the spokesman. Within two years of the PTI rule, the rupee-dollar parity traded at Rs169 to a dollar. In June 2018, the value of the dollar was equal to Rs121.54.

About Rs600 billion or 5% of the additional public debt in the past two years was added because of other reasons, said the spokesman.

The accumulation of debt is a direct result of the gap between expenditures and revenues, which is widening due to the inelasticity of debt servicing and defence needs and the Federal Board of Revenue’s (FBR) failure to enhance revenue collection. Steep currency depreciation also contributed to the central government’s debt.

The FBR sustained a record Rs1.55 trillion shortfall in tax revenues in the last fiscal year but the prime minister did not hold anybody accountable.

The Rs13.1-trillion external debt does not include loans of $5 billion obtained from Saudi Arabia and the United Arab Emirates. These loans are the responsibility of the central bank.

The federal government’s total domestic debt increased to Rs23.2 trillion, an addition of Rs6.8 trillion or 41.4% in the last two fiscal years. At the end of the PML-N tenure, the domestic debt was Rs16.4 trillion.

The spokesman also had good news to share, as the presentation of the debt policy coordination and management office showed improvement in four out of five debt indicators. The average time of maturity of the total domestic debt increased from 1.5 years to 4.1 years, said Chandna. He said that even after excluding the debt re-profiling, the maturity period increased to 2.7 years.

However, the average time of maturity of the external debt decreased from 7.5 years to 7.1 years due to the government’s reliance on short-term foreign commercial loans.

Due to international compulsions, we could not float the Eurobonds, said Chandna.

The spokesman said that the domestic debt refinancing risks significantly reduced, as the share of debt maturing within one year reduced from 65% of the total domestic debt to 51%.

In the last fiscal year, the government also retired Rs570 billion central bank debt, said Zahid Omar, director of the debt office. He said that the average cost of the borrowing was less than the SBP policy rate.

The PML-N government borrowed more in three-year fibbed bonds and less in five-year and ten-year bonds despite overall low-interest-rate environment, said Omar. At times, the cost of government borrowing during PML-N tenure was 4% above the policy rate, he added.

The PTI government has floated the 15 years fixed rate bond after eight years, which is a big achievement, said Omar.

The spokesman said that during 2014-2018, the markets were not accepting the monetary policy rates and were offering loans at far higher than market rates. He did not reply whether Talib Baloch, the former secretary finance and additional secretary were responsible for taking borrowing decisions.

Chandna said that the difference between policy rate and the cost of borrowing of ten-year fixed rate bonds in 2014-18 was 4.1%, which during the last two fiscal years came down to 1.2%. However, the indicator of the central bank borrowing as percentage of total domestic debt deteriorated from 28% in 2018 to 38% in June 2020, he added.

To clean up bad debt of the previous corrupt governments, this government have to get the money to pay off.