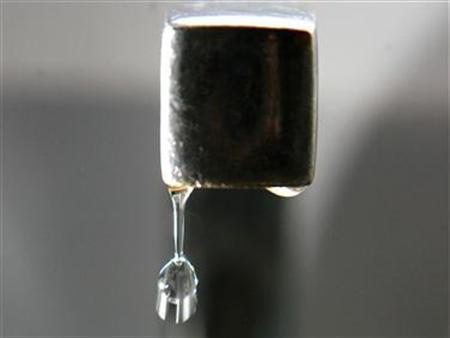 The citizens of the federal capital have urged the mayor to take action for restoring the routine water supply to the sectors where it is disrupted for weeks now.

While the people are looking towards the Islamabad Metropolitan Corporation (IMC) to do the needful for improving the water supply, the tanker mafia are enjoying windfall profits in connivance with the IMC staff.

IMC officials responsible for despatching corporation’s tanker-trucks to supply water were instead asking people to buy water from private suppliers, said Islamabad Green Citizens Front (IGCF), a member of the Pakistan Civil Society Network, in a statement on Thursday.

Water meant to be supplied to taxpayers was going to the private tanker-truck owners who sell it at exorbitant rates, said IGCF.

The front drew the attention of Islamabad Mayor Sheikh Anser Aziz highlighting the water shortage in many of the residential sectors of the federal capital.

Water scarcity has peaked in the recent days as the IMC could not repair the Sangjani turbines and some other pipes supplying water to Islamabad.

The IGCF convener Munir Ahmed sated on behalf of the citizens that IMC water tanker facility was being misused by an organised group in connivance with the IMC staff deputed at the hydrants.

He said the IMC officials ask the citizens starved for water to buy private water tanker while the IMC tankers remained under-used.

He said he himself had witnessed that private water tankers were queued up at the facility while the private tankers were getting filled up with water. This sheer violence of the mandate of the IMC concerned section and its staff. The pathetic situation shows the sorry state of affairs which should immediately be checked, and the miscreant should be taken to task who don’t run their own facility to the maximum of capacity.

The IGCF members, however, has requested the Mayor for immediate suspension of the shift in-charges of the water tanker facilities to conduct an impartial inquiry against them on supporting the private water tankers and negligence in providing relief to the citizens. Some honest and steadfast staff should be appointed to replace the suspended staff.

The IGCF has asked the Mayor to immediate stop irrational facilitation to the private tankers mafia and the IMC staff unduly facilitating them should be taken to task. Efficiency of the IMC water tanker facility shall be improved, and IMC should issue a proper receipt of whatever meagre amount it receives from the citizens on account of charges for the water tanker.