Chairman resigns due to ambiguity over ownership of pension reforms 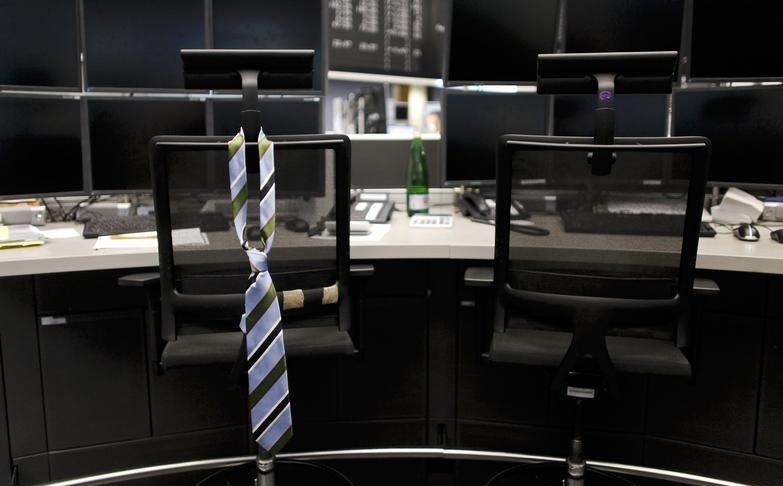 The Pay and Pension Commission has become dysfunctional within four months of its constitution as confusion remains within the government over pension reforms, which Prime Minister Imran Khan has described as a "more serious issue than the circular debt".

Notified in mid-April by the Ministry of Finance, the commission did not hold even a single meeting since then, sources told The Express Tribune.

Due to a lack of political will and ambiguity over its ownership, Commission Chairman Abdul Wajid Rana and one of the members from Sindh disassociated themselves from the commission, they added.

When contacted, the finance ministry spokesman confirmed that Rana had resigned and the government was looking for another chairman. The spokesman said the commission meeting could not take place due to the coronavirus outbreak.

The whole exercise of the government was now revolving around the $75 million loan that it wanted to take from the World Bank in the name of pension reforms, said the sources.

Separately, Adviser to Prime Minister on Institutional Reforms Dr Ishrat Husain was also pushing his agenda for pension reforms, they added. On Tuesday, Prime Minister Imran Khan said the issue of pensions was even more serious than the circular debt and the problem must be resolved in a planned and organised manner.

"The government is paying Rs470 billion on account of pensions. This amount is almost equal to the Rs500 billion that we pay to the existing government employees as salaries," the PM was quoted as saying during a cabinet meeting.

But practically there was no serious move to address the issue of ballooning pension bill.

Out of the Rs470 billion earmarked for pensions in the current fiscal year, an amount of Rs369 billion is for military pensions.

There is a need to set up a pension fund to finance pensions as currently the pensions are paid from the budget, which is unsustainable.

The federal government had constituted the Pay and Pension Commission to evaluate salary structures of employees of the federal and provincial governments as well as armed forces with a view to bringing some uniformity and to review the need for further increase.

The commission was empowered to review the existing incentive regime and to recommend improvement in it.

On July 20, Wajid Rana informed the Ministry of Finance that he was unable to head the commission due to his "personal engagements". Similarly, Nazar Mahar also showed his inability to work for the commission.

The Ministry of Finance also did not take the ownership of pension reforms. There was no secretariat of the commission and it neither appointed a new chairman nor did it persuade the first chairman to continue on his job.

The finance ministry spokesman said the Pay and Pension Commission would be responsible for pension reforms and the government would also take the help of World Bank.

In May, the Ministry of Finance secured approval of the concept clearance paper to take $75 million in loan for pension reforms - an objective that needs the political will to announce that only those civil servants will get pension who will contribute to it under the defined contribution scheme.

At present, pensions are funded from the budget and the government wants to introduce a contributory pension scheme.

The government is going to take the $75 million loan despite a mushroom growth in Pakistan's public debt to Rs36.3 trillion or a whopping 87% of gross domestic product (GDP). The country spent Rs2.6 trillion in the last fiscal year or two-thirds of the Federal Board of Revenue's (FBR) tax collection on public debt servicing alone.

The concept clearance paper of the Finance Division stated that the civil pension expenditure had been rising exponentially over the past three decades, which posed a challenge to the government that should be addressed.

Other governments that faced similar situations established various pension systems like the Defined Contribution Scheme (DCS), thereby enabling the investment of pension contributions in funds operated under state laws and regulations to cater to future needs.

But the finance ministry's concept clearance is based on the World Bank policy note instead of its own plan. A similar technical assistance had also been provided by the Asian Development Bank about 13 years ago but nothing moved afterwards.

1. Pension??? It is like cutting flesh of a dying person. 2. PM IK should concentrate to get back $80 billion from money launderes & looters. Has he failed? 3. PM IKshould just look around & see billions of dollars luxury cars. Why cant he stop it & only allow maximum 1300cc cars. Which will save at least 3 to 5 billion dollars foreign exchange. 4. PM IK should just check thousands of departmental stores in country to see 70 % useless luxury imported items without which no one will die. This may be costing around 6 to 8 billion dollars foreign exchange.