Back to the drawing board?

Back to the drawing board? 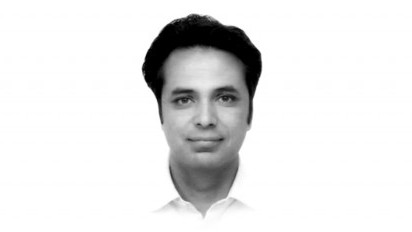 The writer is executive director news and current affairs at Aaj TV (syed.talat@tribune.com.pk).

Bajaur Agency, for long the showcase story of success against organised militancy in the tribal belt, has re-erupted in violence. Clashes between the Taliban and the Frontier Constabulary (FC) combine have been ferocious causing high casualties. The adjoining Mohmand Agency’s border areas with Afghanistan too have become hot. The reported raid on a Pakistani check post by the Taliban caused the soldiers to panic and cross into Afghanistan. Several are still missing. This is just one indication of the prevalent situation. In Orakzai agency forces continue to pound the militants, who while are taking the hits, are still far from being defeated. Khyber Agency has gone quiet but like most appearances in this part of Pakistan this is deceptive. The trouble makers are still out and about, only lying low to strike again. Kurram’s woes continue as the one road to its connection with the rest of the country has not been secured despite much official noise and fury. South Waziristan is in limbo, and even the most well informed optimists do not want to characterise it as a sure success. North Waziristan is hanging fire. As the debate rages in the decision making circles about the military operation there, public opinion trends do not suggest that if an operation is launched eventually it would necessarily fetch immediate popular backing.

All this does not augur well for the whole concept of war against terror on the Pakistani soil. If the findings of the Pew survey released last week are correct, the Taliban is a rejected commodity in Pakistan. But this does not automatically translate into continuing public satisfaction with the way things are shaping up in the tribal belt. In fact there is every reason to believe that resurgence of instability in the tribal belt may have contributed to the pervasive sense of dismay (84 per cent — the highest among the 22 countries surveyed). Renewed trouble in the tribal areas has begun to fly in the face of hope that even though these operations are expensive and bloody, they are producing measurable stability and progress.

These high hopes were premised on the constant official refrain that after wresting the control back from the Taliban the tribal agencies would become a model of success. Far from that, violence in Bajaur’s indicates that a great deal of work remains before celebrating any success.  The idea that Taliban are still lurking round the corner is the anti-thesis of the claim, that in this former Taliban stronghold a new beginning is about to be made. This disrupts the larger plan. Mohmand Agency was supposed to join the Bajaur victory parade, and together with the Swat triumph against terrorism, the entire area was to become an arc of stability. Released of pressure from the north, the army and the FC would focus exclusive attention on the rest of the trouble spots in the South, cleaning up the remains of the militancy either by using force of by using the threat of the use of force.

That strategic dream has not come true. Militancy has mutated into a cross border mobile enemy that strikes at a time of its own choosing. Militants have refused to disappear even though their central command system in some of these agencies has been destroyed.

The war in these areas was never meant to be a long-drawn affair. It was supposed to end in months rather than drag on for years. Killing in one’s own territory, even by the sanction of the political leadership, does not produce the environment for long-term peace. Also deeper and sustained military engagement that is unable to claim a clean, decisive and final success depletes more than just military reserves. It wears down the solider. It tears up morale. And no army can go on forever on the battlefield.

This not an argument for winding up the operations in these areas and offering a warm embrace to Maulvi Faqir Muhammad or Maulvi Fazlullah. That would be a disaster of monumental proportions from which the country will never rise again.

However, it is time someone explained the end goal in these tribal agencies to the nation. And when an approximate cut-off point can be determined for success. Claiming victory as dead bodies continue to pile up isn’t really convincing anyone. Will someone from the army please answer?