Malala Yousafzai recalls time at Oxford and the disappointing end 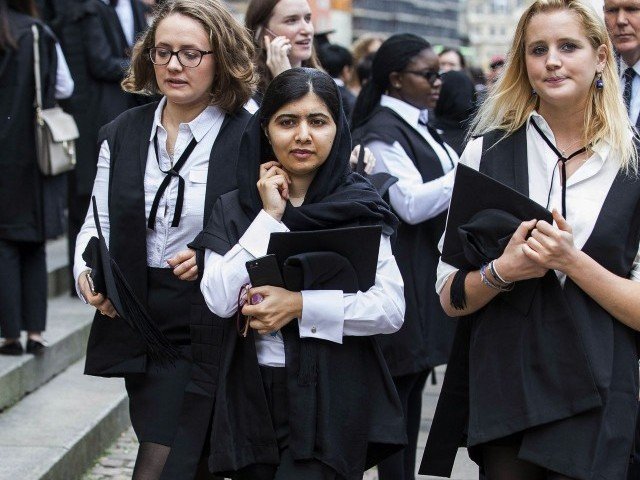 Pakistani activist Malala Yousafzai graduated from Britain’s prestigious Oxford University with a degree in Philosophy, Politics and Economics (PPE) in June. The activist was also part of the popular lineup in a YouTube original, Dear Class of 2020, where Michelle Obama, Beyoncé and more stars came together to celebrate graduates.

However, in a recent and elaborate interview, Yousafzai explained how the ending was not what she imagined – given that she didn’t get to savor her final months at the university. “In March, I packed up a few things from my room at Oxford University—books, shoes, clothes—enough for the three-week Easter break. Months later, I am still at home with my parents,” the Vanity Fair quoted her as saying.

“Throughout the spring, I took classes by Zoom and final exams in my bedroom. In June, I graduated in the backyard,” recalled Yousafzai. She then explained how she returned to Oxford for only two hours, to collect her remaining belongings and move out for the last time. “Like other 2020 graduates, this was not the ending I imagined,” she said.

The girls’ education activist reminisced how at the beginning of her academic year, she told herself that she would walk every street in Oxford, take pictures of every beautiful garden, drink tea in every café, and eat in every dining hall on campus - especially the Harry Potter one. “This was my last chance to see, hear, touch, and taste it all—and I missed it,” said the global influencer.

Yousafzai expressed how education was so much more than a syllabus, since college is the first time several youngsters get a taste of independence. “We set our own schedules—even small decisions like what to eat or how to spend a Sunday are thrilling,” she said. “In my early days at Oxford, a senior student told me that university life is sleeping, studying, and socializing—and you can only pick two.” She then relayed how for her, studying and sleep were mostly sacrificed.

Revealing her co-curricular activities, Yousafzai said she attended cricket matches, college balls, joined the Pakistan Society and the Oxford Union. She also recalled how her friends would often push her to abandon her studies and go to a debating society or a pub. “I don’t drink, but being the only sober one in a group of students arguing over Brexit is its own fascination,” said the youngster.

“I watched Rick and Morty or The Big Bang Theory and left my assignments until the last possible minute, submitting many un-commendable essays. I stayed awake until 5 am to see the sun rise over the gardens. I still haven’t mastered laundry,” recalled Yousafzai from her trip down the memory lane.

She also confessed listening to inspiring lectures from some of the world’s greatest thinkers and leaders, adding that she learned just as much or more from her peers. “And I am still learning every day from young people,” said the activist.

On that note, Yousafzai reiterated how she was just 11-years-old when she started advocating for girls’ education in Pakistan—and 15 when the Taliban shot her. Pointing out other young and inspiring females of her generation, she relayed how Licypriya Kangujam was only seven when she challenged the politicians in India while Naomi Wadler silenced a crowd of thousands at the age of 11. “After her family fled Somalia’s civil war, Hamdia Ahmed spent the first seven years of her life in a refugee camps and then campaigned for displaced people everywhere. Then of course, there’s my friend Greta Thunberg,” said the young graduate.

She then confessed how she’s often asked to advice children that they don’t have to wait to be an adult to be a leader. “But our world has too many problems for one generation to solve. So today my advice is for our elders – It’s not too late for you to change,” concluded the youngest Nobel Peace Prize winner.

Congratulations!! For Malala, the youngest girl in the history of Nobel Prize winners who recently graduated from the Oxford. Her utmost efforts and sacrifice from childhood to the present/future for ensuring child education will inspire and motivate the present/future generation.