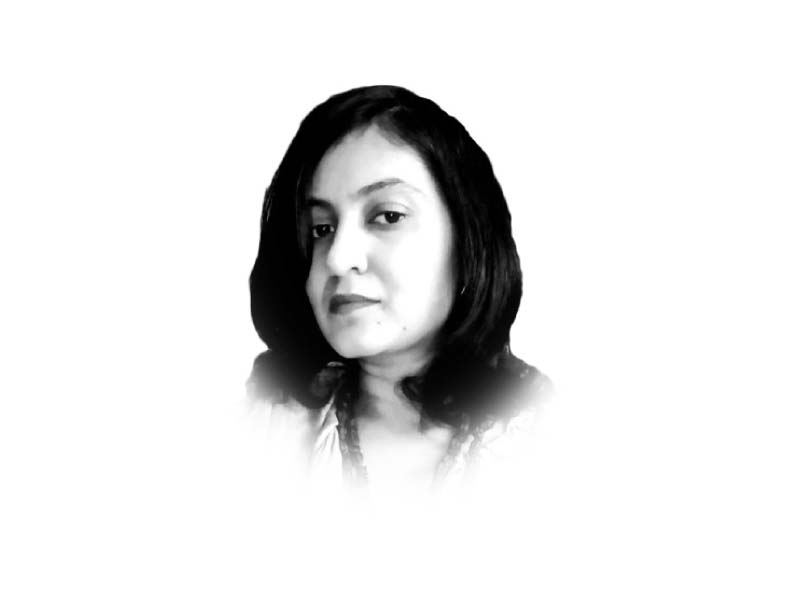 The writer is a peace educator and commentator based in Lahore. She can be reached at [email protected]

The PTI had long been advocating for a uniform education system across the country, under broad-based education reforms, meant to do away with a class-based society and tackle long-running economic disparities. In the government now, the party, led by Prime Minister Imran Khan, has unveiled a Single National Curriculum (SNC) — for Grade 1 to V so far — under the passionate leadership of Federal Minister for Education Shafqat Mahmood.

Before we become a part of the debate on the various aspects of the SNC as well as the economic viability of its implementation in a country where myriad educational boards and systems are in existence, it is important to understand the philosophy behind this move. While the idea theorizes ensuring a level-playing field for all in the country and defining a national character for the people, it is actually a state-engineered experiment that is being persistently applied to young minds in schools for a long time — albeit with little success. Such experiments have only hampered growth of scholastic abilities in students by killing the essence of arguments and intrigue. Such is the situation that science is thought of as hoax and important theories on evolution considered “half-baked” while a newer “educational” debate on “earth being static” is doing the rounds among university students. The world view of the new generation is being narrowed further with publishers instructed to remove a chapter on “reproduction” from textbooks for a high-end school or get banned if a Mathematics book carries pictures of piglets.

Eminent educationists have raised questions as to the stated goals of the SNC. Among them is the claim that madrassas will be brought within the ambit of formal schooling in the wake of an agreement reached between the Ministry of Education and the federation of religious seminaries that comprises five major boards of madrassas representing different schools of thought. This agreement, it is maintained, will help hundreds of thousands of seminary students get the same education as other students in the country and allow them to appear in board exams. As per media interviews by the curriculum development team, some 35,000 seminaries will get registered as schools and will have their bank accounts opened.

The proponents of SNC rubbishes the criticism that it will turn schools into madrassas and insists that it will rather turn madrassas into formal schools where contemporary subjects like English, Urdu, General Science, Mathematics and Social Studies would be taught. One wonders how much difference this curriculum change will make in this particular context given the fact that the madrassa students already have an opportunity to avail from academic equivalencies for matriculation, intermediate, baccalaureate and masters, granted by Higher Education Commission.

Furthermore, attempts of turning madrassas into facilities for modern education are not new. The mismatch of madrassa graduates and job market was realised way back in the decade of 70s when then prime minister Zulfikar Ali Bhutto moved to formalise religious seminaries. The move was vehemently opposed. The so-called Islamisation drive during the Gen Zia regime in the late 70s and 80s led to the radicalisation of madrassas and gave rise to sectarianism and militancy in the country which has yet to die down. In the 90s, Gen Musharraf attempted to reverse the tide and introduce model madrassas as part of his political philosophy of enlightened moderation. However, only three model madrassas — out of a total of 100 registered under a project — could be established where students were introduced to contemporary subjects and modern methods of teaching. While the madrassas had a fundamental objection to any worldview that is different from theirs, they also feared loss of independence. The project, thus, could not go any far.

What may have made the various madrassa boards enter into an agreement with the state over SNC this time around can only be made a guess of. But incentives provided to madrassas in the form of complementing their graduates as human resources at public schools, and having their bank accounts opened as “schools” do raise some questions. Besides, inclusion of Islamiyat in the new curriculum from grade 1 with its heavy concepts requiring learning of the texts and Nazra will affect the learning abilities of children, as also pointed out in ASER report.

It is true that for low-income parents, madrassas are an attractive alternative to formal schools as they not only offer religious teaching to their children, but also provide free food and shelter. However, it is also true that parents have a right to choose for their children an education that helps them prepare for science, arts, literature and other contemporary subjects. A parent also has a right to not allow his child to receive an education that concerns a religion he does not practise. But these fundamental rights are constantly challenged where a child belonging to a minority community has had to take Islamiyat course because a majority of schools are unable to provide course alternatives. Furthermore, taking away the choice of parents also negates Pakistan’s commitments to the Universal Declaration on Human Rights, the International Covenant on Economic, Social and Cultural Rights, the International Covenant on Civil and Political Rights, and the Convention on the Rights of the Child. Imposing a single national curriculum also negates the spirit of the Constitution of Pakistan that gives provinces the autonomy to develop curriculum and textbooks, according to their regional needs and dynamics. A single national curriculum also loses its practicality in other education systems that have set different goals for their students — for example, informal welfare schools where curriculum is specifically designed and kept flexible for marginalised children on the streets or in slums.

The need to mainstream madrassa students is genuine, but it should not happen by way of introducing radical changes to curriculum for schools all across the country, rather by bringing improvements within each education system functional in the country. What’s needed is the universalisation of standards, introduction of better testing methodologies and provision of adequate training to teachers so as to bring low-performing schools on a par with good ones. Also needed to be addressed as a priority are the issues related to hate speech in textbooks and on campus; lack of respect for rule of law and vigilantism; and intolerance for diversity.

The fruit of mixing religion with national psyche through textbooks is evident from incidents like mob lynching at university campuses and glorification of killing in the name of religion even by educated people who have occupied spaces in parliament, the bureaucracy, news media and even in entertainment industry.

Single national curriculum is really best idea, but the current, government of PTI, BEAURUCRACY, AND ARMY do not in favour of this ideology. And it's impossible for PTI to accept and implement this ideology from roots to top population. So, it is only the destruction and improper use of public funds.