OPINION US presidential elections: who will win?

EDITORIAL Killers without a cause 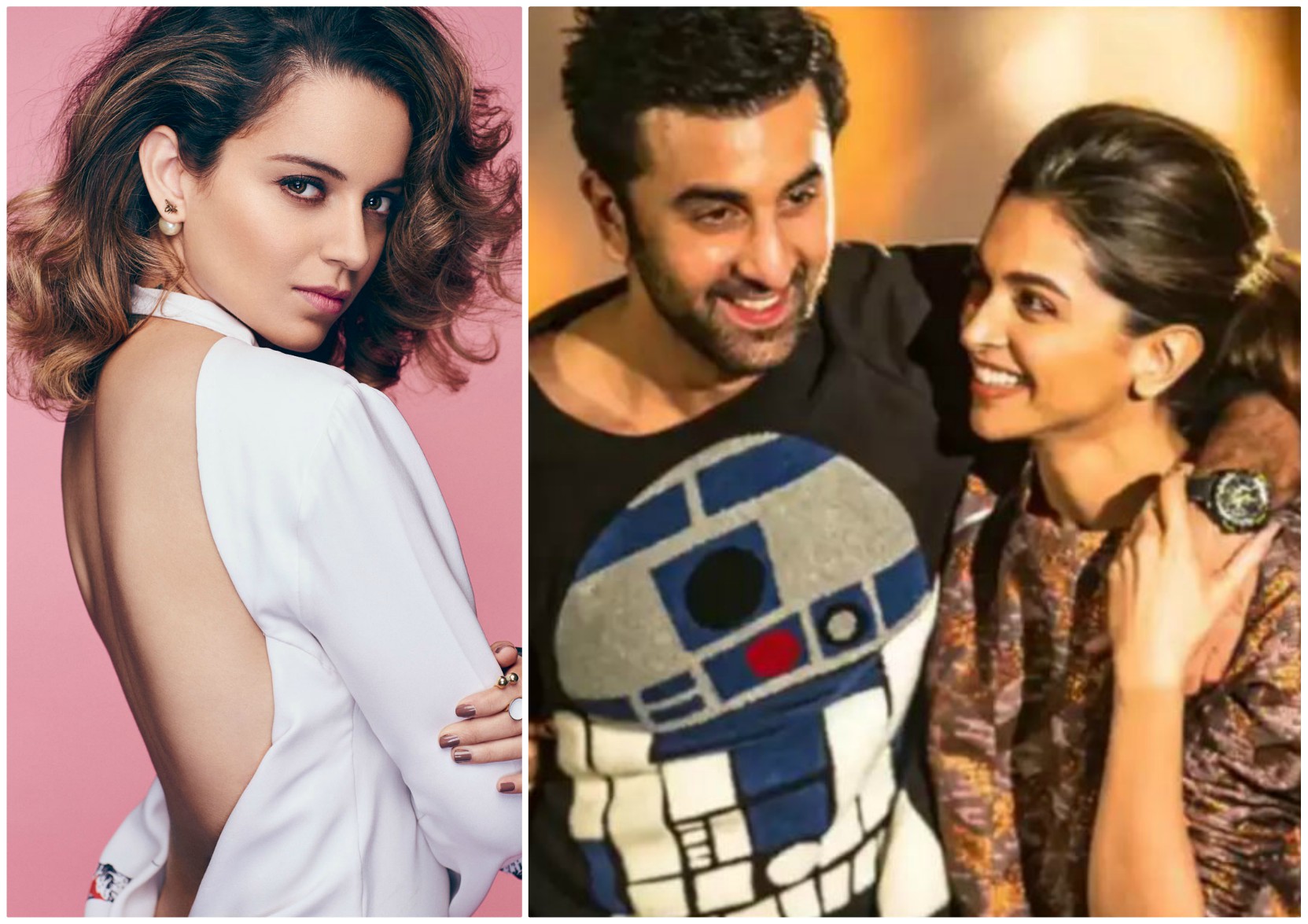 Bollywood’s most outspoken actor Kangana Ranaut has now attempted at setting the record straight by making an example of Ranbir Kapoor and Deepika Padukone because of the privilege they enjoy that 'outsiders from humble families' can't.

Terming Kapoor a ‘serial skirt chaser’ and Padukone a ‘self-proclaimed mental illness patient’, the Queen actor in a recent tweet has expressed disdain over how the prior is still not deemed a 'rapist' and the latter a 'psycho'.

"Ranbir Kapoor is a serial skirt chaser but no one dares to call him a rapist. Deepika is a self-proclaimed mental illness patient but no one calls her a psycho or a witch,” wrote Ranaut. “This name-calling is reserved only for extraordinary outsiders who come from small towns and humble families,” she added.

Ranbir Kapoor is a serial skirt chaser but no one dare call him a rapist, Deepika is a self proclaimed mental illnesses patient but no one calls her a psycho or a witch,this name calling is reserved only for extra ordinary outsiders who come from small towns and humble families. https://t.co/gJ2AFWtxYK

She expressed her stance in response to a tweet from a user after they pointed out how Sushant Singh Rajput was written off after Raabta while Kapoor bagged Ae Dil Hai Mushkil, Sanju and Tamasha.

"Ranbir had massive disasters like Bombay Velvet, Besharam, Jagga Jasoos, Roy. Followed by average ADHM (Ae Dil Hai Mushkil) and Tamasha. Still, the media loved him and he got a mega RK Hirani film next. But Sushant and Kangana were written off after Raabta and Rangoon. But they say nepotism doesn't help you after your first film," the user wrote.

Kamaal Rashid Khan – a Bollywood actor, producer and writer – also claimed that the reasons behind actor Ayushman Khurana’s support for Rhea Chakraborty and the ‘nepo kids’ were: his need for survival in Bollywood, his contract with Yash Raj Films, and his earlier competitor – Rajput himself.

“Don’t worry khurana, the public will also give you the perfect response for your films. All the best,” said Khan.

Ranaut also re-tweeted this and wrote, “Chaploos outsiders support mafia only for one reason and the reason is their mediocrity, nobody is threatened by them and they take full advantage of conflicts faced by the few like Kangana and SSR by openly denying and mocking them.”