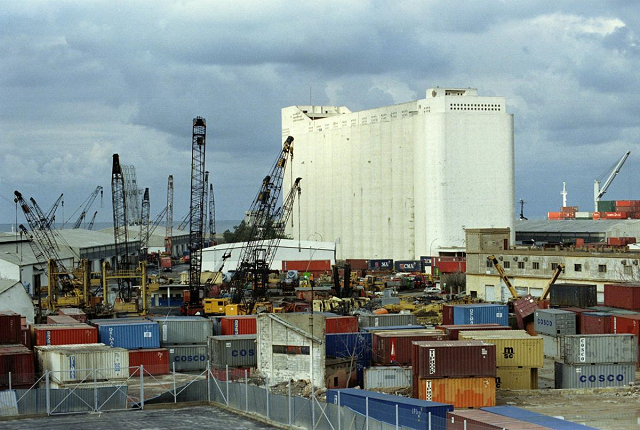 View of the Beirut port with its giant cranes and grain silo. PHOTO: REUTERS
DUBAI/BEIRUT:

Beirut’s blast destroyed Lebanon’s only port-based grains silo, with plans for another in the country’s second largest port Tripoli shelved years ago due to a lack of funding, the UN’s FAO representative in Lebanon, director of Tripoli port and a regional grain consultant told Reuters.

“There are smaller storage sites within the private sector millers because they have to store wheat before it is milled into flour,” Maurice Saade, the Food and Agriculture Organisation (FAO) representative in Lebanon told Reuters.

“In terms of grain silos, that was the only major one.”

The destruction of the 120,000-tonne capacity structure and disabling of the port, the main entry point for food imports, means buyers will have to rely on smaller privately-owned storage facilities for their wheat purchases, exacerbating concerns about food supplies. Lebanon, a nation of more than 6 million people, imports almost all of its wheat.