'Money Heist' to conclude with fifth and final season 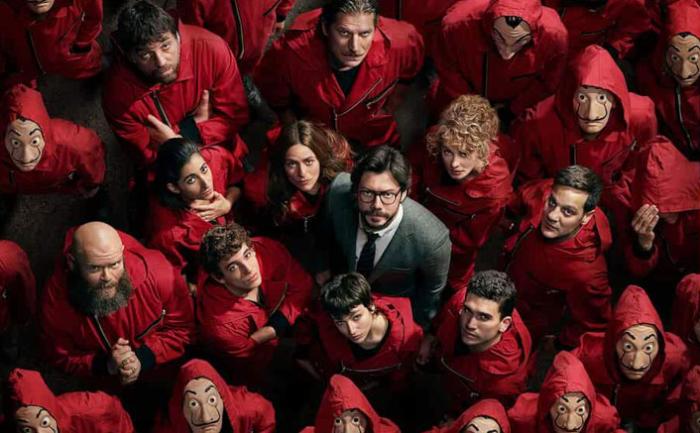 The Spanish-language crime drama La Casa De Papel, or Money Heist, has officially been renewed for a fifth, and final, season on Netflix. The fourth season was released back on April 3 and consisted of eight episodes.

The internationally popular series follows an unusual group of robbers who, to start, plotted out “the most perfect robbery in Spanish history”, stealing billions from the Royal Mint of Spain. A second, masterfully executed heist involving the Bank of Spain in Madrid followed, though it did not come without great, personal cost to the Professor’s team of bandits.

"We are moving from a chess game – a mere intellectual strategy – to a war strategy: attack and contention," series creator Alex Pina told Entertainment Weekly of the gang avenging their fallen comrade. "This new goal raises the stakes while keeping the story fresh and maintaining the adrenaline that has always run through Money Heist. The war they've been pushed to start results in "the most epic part of all the parts we've shot," according to Pina.

While Pina didn't reveal full details about the new faces and how they'll fit into the story, he did tease what they'll bring to the final season. "We always try that our opponents be charismatic, intelligent, shiny," he explains. "In this case, in a pure war film genre, we also look for characters whose intelligence can measure up against The Professor’s."

"Adrenaline is within Money Heist’s DNA. Every thirty seconds things take place and disrupt the characters, a turn of the screw to the action. The adrenaline mixed with feelings arising from absolutely complex, magnetic, unforeseeable characters will continue until the end of the heist to the Bank of Spain," Pina says. "However, the gang will now be pushed into irreversible situations, into a wild war: it is the most epic part of all the parts we’ve shot."

Production on the final season, which will add Miguel Ángel Silvestre (Sense8, Narcos) and Patrick Criado (Unauthorized Living) in undisclosed roles, will begin Monday in Denmark, before moving to Spain and Portugal.