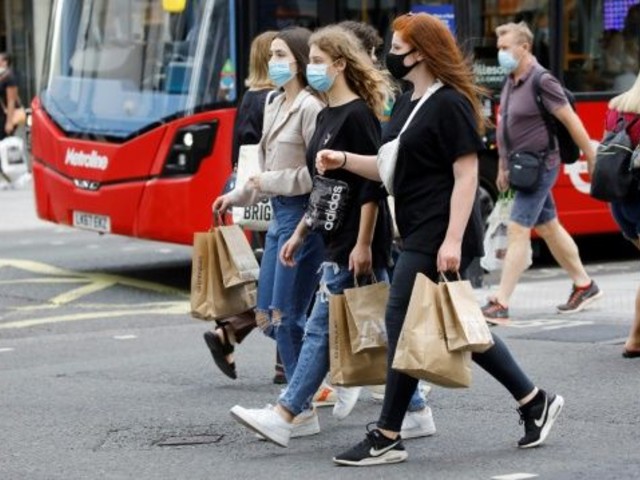 Six months after the World Health Organisation (WHO) declared a global emergency, the novel coronavirus has infected more than 17 million people and wreaked global economic mayhem.

Europe as a whole was hammered by its sharpest recorded contraction in the second quarter, with GDP down 12.1% in the euro zone and 11.9% across the bloc.

“It is a shocking drop, but completely understandable as the economy was shut for a considerable period during the quarter,” said Bert Colijn, senior economist at ING Bank.

Airline conglomerate IAG, the owner of British Airways, on Friday posted a first-half net loss of €3.8 billion ($4.5 billion), UK bank NatWest slid into the red while Dutch airline KLM and truck-maker Scania said they were each shedding 5,000 jobs.

Britain on Friday enforced new lockdown rules in Manchester and nearby parts of northern England in an ill-timed announcement on the eve of Eidul Azha.

The United States - the world’s hardest-hit nation and its biggest economy - posted a second-quarter loss of 9.5% compared with the same period a year ago, the worst figure on record.

If that trajectory carried through the entire year, its economy would collapse by nearly a third (32.9%), the data showed.

Global daily cases are now approaching the 300,000 mark, with the curve showing no sign of flattening - it took just 100 hours for one million new cases to be recorded.

Vietnam recorded its first coronavirus death on Friday as the pandemic rebounds in a country that had previously been praised for stubbing out the contagion.

Hong Kong said it would delay local elections planned for September because of a virus surge.

In Japan, Tokyo’s governor called for restaurants, bars and karaoke parlours to shut earlier as the capital reported a record number of new infections.

Sweden, whose controversial softer approach to curbing coronavirus has received worldwide attention, said it would encourage people to keep working from home into next year where possible, as the country passed 80,000 recorded cases.