Pakistani pilots in Vietnam out of the woods

Vietnamese govt says their licences are valid and legitimate 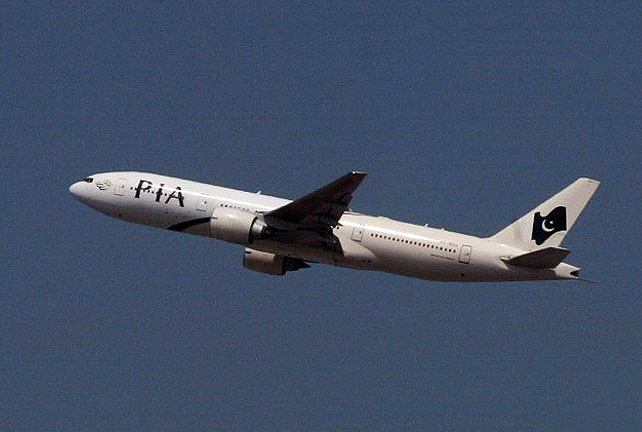 The Vietnamese government on Saturday said all Pakistani pilots working for the country’s airlines had valid and legitimate licences and none of them have been involved in a flight incident or safety threat.

Last month, Vietnam grounded all Pakistanis flying for local airlines in the wake of Pakistani Aviation Minister Ghulam Sarwar’s revelation that nearly a third of the country’s pilots had dubious credentials.

"All licenses administered by the Pakistani aviation regulator are legitimate and valid. There are no fake licenses, as mentioned by the media," read a statement issued by the Vietnamese government statement, citing a note from the Pakistani Embassy.

Vietnam had licensed 27 Pakistani pilots and 12 of them were still active.

The contracts of 15 other pilots had expired or were inactive due to the coronavirus pandemic, according to Vietnam's Civil Aviation Authority.

Separately, the Pakistan Civil Aviation Authority (CAA) has notified the revocation of the licences of 17 PIA pilots.
The 17 pilots, who include first officers, were already grounded last year and the CAA director general has issued the notification after the government’s approval.

According to sources, the airline transport pilot licences of 48 PIA pilots have been suspended without issuing them show-cause notices and they have been given two weeks to submit their response.
The sources added that the credentials of over 160 pilots are being investigated and action would be taken against them in a few days.

Last month, the aviation minister told the parliament that 262 pilots of the total 860 in the country had "suspicious flying licences" and would be grounded immediately.
Later, PIA announced that it will ground a third of its 434 pilots on suspicion that they held “dubious” licences and flying certificates.

Sarwar said criminal proceedings would also be initiated against pilots with the alleged fake licences as the government could not allow anyone to put the lives of its citizens at risk.
The development came as an inquiry into a PIA crash in May, in which 97 people were killed, pointed to pilots not following procedures.

Earlier this week, the CAA informed its Omani counterpart that all commercial pilot licences (CPL) and ATPLs it had issued were “genuine” and the matter of dubious credentials had been “incorrectly highlighted” by mainstream and social media.
The regulatory body also said it had verified and cleared the licences of 96 pilots of the 104 names it had received from various foreign counterparts and international airlines.

“All CPL/ATPL pilot licences issued by the Pakistan Civil Aviation Authority (PCAA) are genuine and validly issued,” read a letter written by CAA Director General Hassan Nasir Jamy to Oman's Public Authority for Civil Aviation Air Traffic Control Services Director Mubarak Saleh al-Gheilani.
"None of the pilot licences are fake, rather the matter has been misconstrued and incorrectly highlighted in the media/social media,” Jamy added.

Jamy informed the Omani official that all licences issued to pilots by the CAA were certified and genuine.
“Some international airlines had sought the verification of 104 Pakistani pilots, of whom eight are yet to be cleared.”
The CAA DG said some discrepancies had arisen during the computerised examination of the licensing process in the forensic scrutiny, leading the authority to ground the suspected pilots and take them off from flying duties.

“The 'suspect' pilots have been asked to defend their licences in accordance with the Pakistan Civil Aviation Rules, 1994,” he added.
"All this was done keeping in view the highest concerns about air safety all over the world, and also to ensure that questions raised in respect of an identified class of pilots does not prejudice hundreds of Pakistani pilots flying aircraft most professionally and safely within and outside Pakistan.”

The CAA had also announced that it had cleared the licences of 21 Pakistanis flying for different foreign airlines. The 21 pilots included 18 working with Oman’s SalamAir and three with Hong Kong Airlines.
The civil aviation authorities of Oman and Hong Kong had requested the CAA to verify the credentials of the Pakistani pilots working with these airlines.

The regulatory body had also verified the licences of 48 of the 54 Pakistani pilots working in the UAE.
UAE General Civil Aviation Authority Director General Saif Mohammed Al Suwaidi had requested the verification of the credentials of Pakistani pilots, aircraft maintenance engineers, and flight operations officers working in the Middle Eastern country in a June 29 letter to the CAA director general.

According to the Aviation Division, it has cleared licences of 95% Pakistani pilots working with different airlines in seven countries.

Ethiopian Airlines has also sought an explanation from Pakistan.

Following the EASA’s move, the UK Civil Aviation Authority said it was withdrawing PIA’s permit to operate from three of its airports. “PIA flights from Birmingham, London Heathrow and Manchester airports are suspended with immediate effect,” a spokesperson for the authority told Reuters. The three were major flying destinations for the airline.

The PIA was operating 23 flights to UK every week – nine to London, 10 to Manchester and four to Birmingham.
The national carrier’s destinations in Europe included Paris, Milan, Barcelona, Oslo and Copenhagen.
The airline will incur a loss of Rs33 billion because of the ban. It is already facing loss of Rs12 billion because it will not be operating Hajj flights this year. The suspension of flights for Umrah passengers has also affected its revenue.