Asim is a beautiful part of my life: Hania Aamir

In a recent Insta post, the 'Dilruba' star not-so-subtly asked the trolls to back off 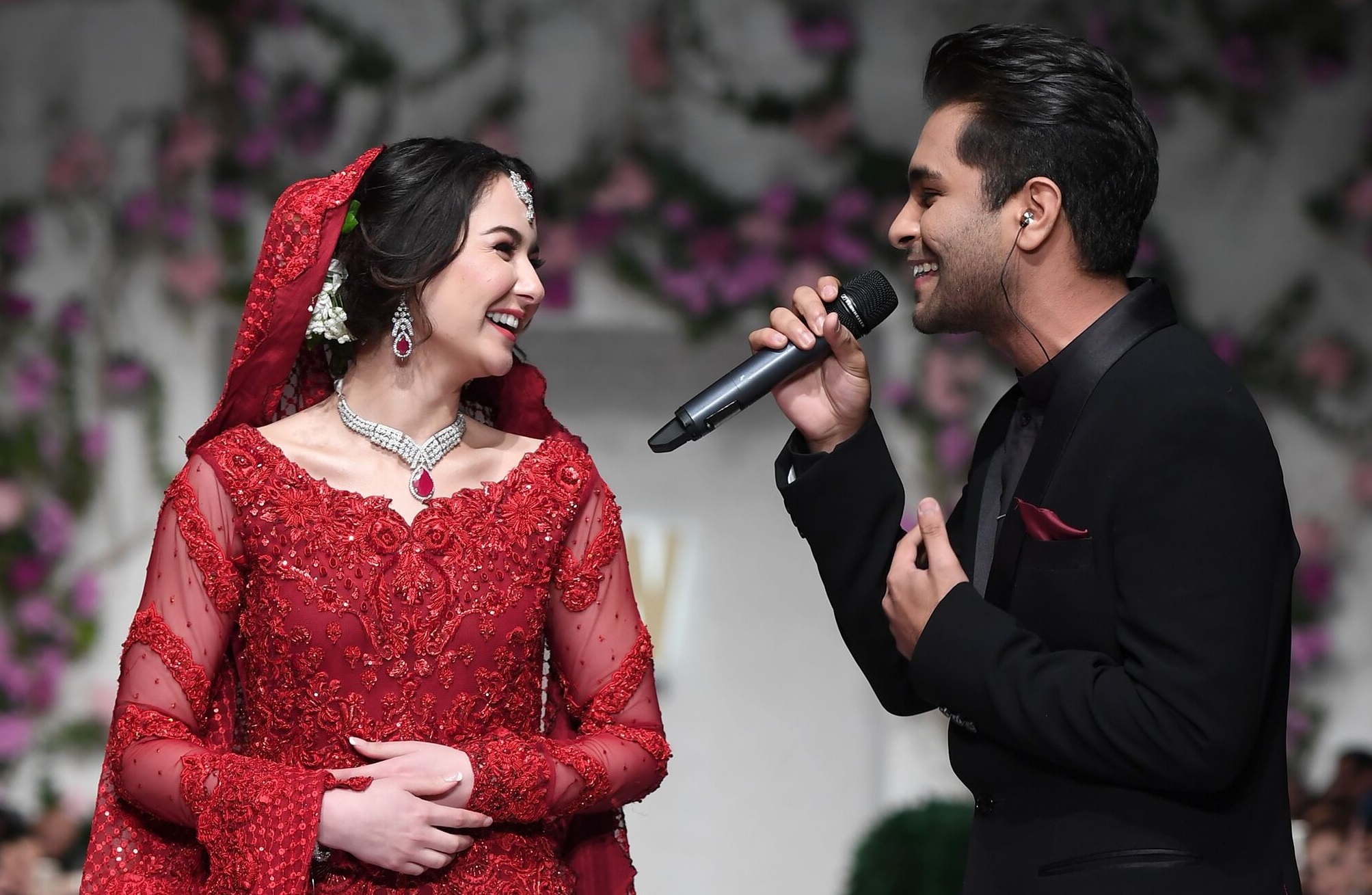 Hania Aamir and Asim Azhar as they walk the ramp. PHOTO: ASIM AZHAR/INSTAGRAM

Over the weekend, social media was abuzz with memes and rib-tickling comments over the recent revelation by Hania Aamir that she was indeed single. In a recent live chat with best friend and singer Aima Baig, Aamir revealed that she and singer Asim Azhar are not in a relationship.

The snippet shows Aamir responding to a question by a user who asks whether if she is still with Azhar. To this Hania says, "He's asking if we're still together. We're friends, we're not together, we're not dating, we're not a couple. But we are best friends."

Since then, the rumoured couple became the butt of jokes on Twitter and Instagram. However, the Ishqiya star shut down trolls in an epic manner. Hania celebrated 3 million followers on Instagram on Monday and thanked her fans for all the love and gratitude. But at the end of the same note, she not-so-subtly asked the trolls to back off.

"Asim is a beautiful part of my life and we have seen some insane times together,” the Dilruba star penned, “We share a bond beyond anyone’s comprehension. We choose to look at and acknowledge love, not hate. That being said, we know Pakistaniyon ka humour acha hai lekin easy hojao (We know Pakistanis are brilliant at cracking jokes but let’s take it easy). Social media ke troll sipahiyon, bilkul free na ho aur zayada over bhi nahi. Shukriya."

Talking about reaching a milestone of 3 million, the Anaa star shared, "Today this Instagram family has grown to three million of you and I am here thanking you with all my heart for sticking with me through thick and thin and watching me grow up from an 18-year-old kid to the woman that I am today."

She went on to add, "I pray that I keep learning & healing & evolving every single day and make each one of you proud. Holla at my Hanians and Hanisms! Your love makes the toughest social media moments a breeze. I hope I overcome every difficulty every hurdle with as much grace as I can."

After confirming that she's single, Hania ensured Aima that she's not making anything up, "No no listen, actually, we're great friends. We're there for each other and I even played a part in his video."

She then revealed something else she's working on, "And I'm going to make him help me with a song that I'm doing. He's going to be there for that and I hope I can make him do it." Hania then adds, "But as far as relationships and 'are you together?' is concerned, I'm not with anyone."