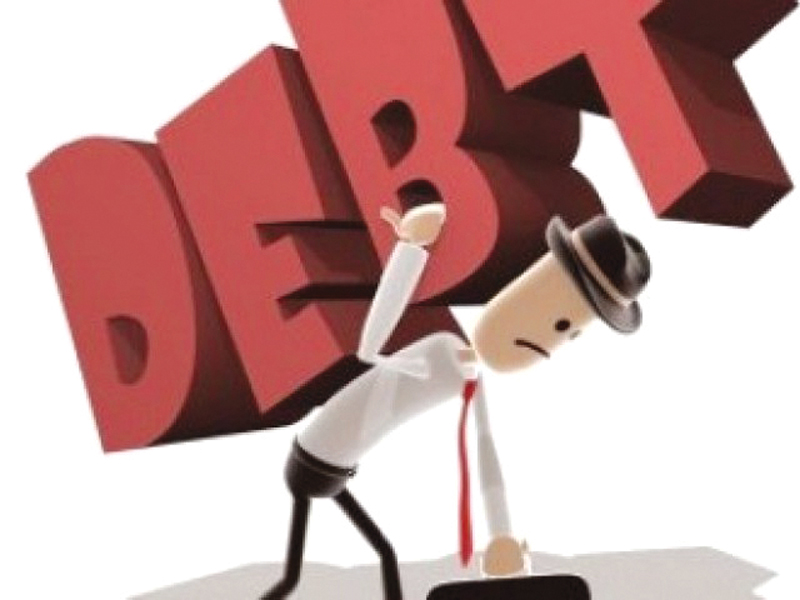 The central government’s debt, excluding its liabilities, increased at a double-digit pace to Rs34.5 trillion by the end of May 2020 on an annualised basis, with an average of Rs14.2 billion per day, reported the State Bank of Pakistan (SBP) on Monday.

On a year-on-year basis, the central government’s debt grew 15.8% or Rs4.7 trillion due to depreciation of the currency, a steep shortfall in tax revenues and unforeseen expenditures on coronavirus-related mitigation measures.

But the budget book of supplementary grants showed that the Covid-19-related spending stood at Rs289.4 billion or only 6% of the debt that the Pakistan Tehreek-e-Insaf (PTI) government added from June to May 2019-20.

In the current fiscal year, after remaining largely stable against the greenback, the rupee has started shedding its value. Its impact will be visible in June figures.

Cumulatively, the PTI government has so far added over Rs10.2 trillion to the public debt since coming to power, an increase of 44% that is alarming for the country.

When Imran Khan became prime minister, the central government’s debt was close to Rs24.2 trillion. In February last year, the PM vowed to bring the public debt below Rs20 trillion.

In last fiscal year 2019-20, the International Monetary Fund (IMF) revised upward its projection for Pakistan’s public debt and liabilities to 90% of gross domestic product (GDP). The central bank has not yet released debt statistics for the last month of the previous fiscal year.

The SBP report showed that the central government’s total domestic debt increased from Rs19.8 trillion in May last year to Rs23.5 trillion in May 2020, a net addition of Rs3.74 trillion or 18.9%.

The report showed that a major increase in the federal government’s debt was on account of long-term debt, which swelled from Rs8 trillion to Rs17.5 trillion. There was an increase of Rs9.6 trillion or 120% in the long-term debt.

It was largely because of the government’s decision to convert its short-term borrowing from the central bank to long-term debt. This helped to increase the maturity period of debt but also increased the cost of debt servicing.

The federal government’s debt, acquired through the sale of Market Treasury Bills (MTBs) to commercial banks, increased from Rs4.8 trillion to Rs5.8 trillion, an addition of Rs1 trillion or 21%.

The federal government has decided to amend the Fiscal Responsibility and Debt Limitation Act to empower its public debt office for planning and raising loans. The World Bank has found deficiencies in Pakistan’s debt management policies and administrative structures.

The proposed legal changes would translate the role of the office from mere debt policy coordination to debt management office.