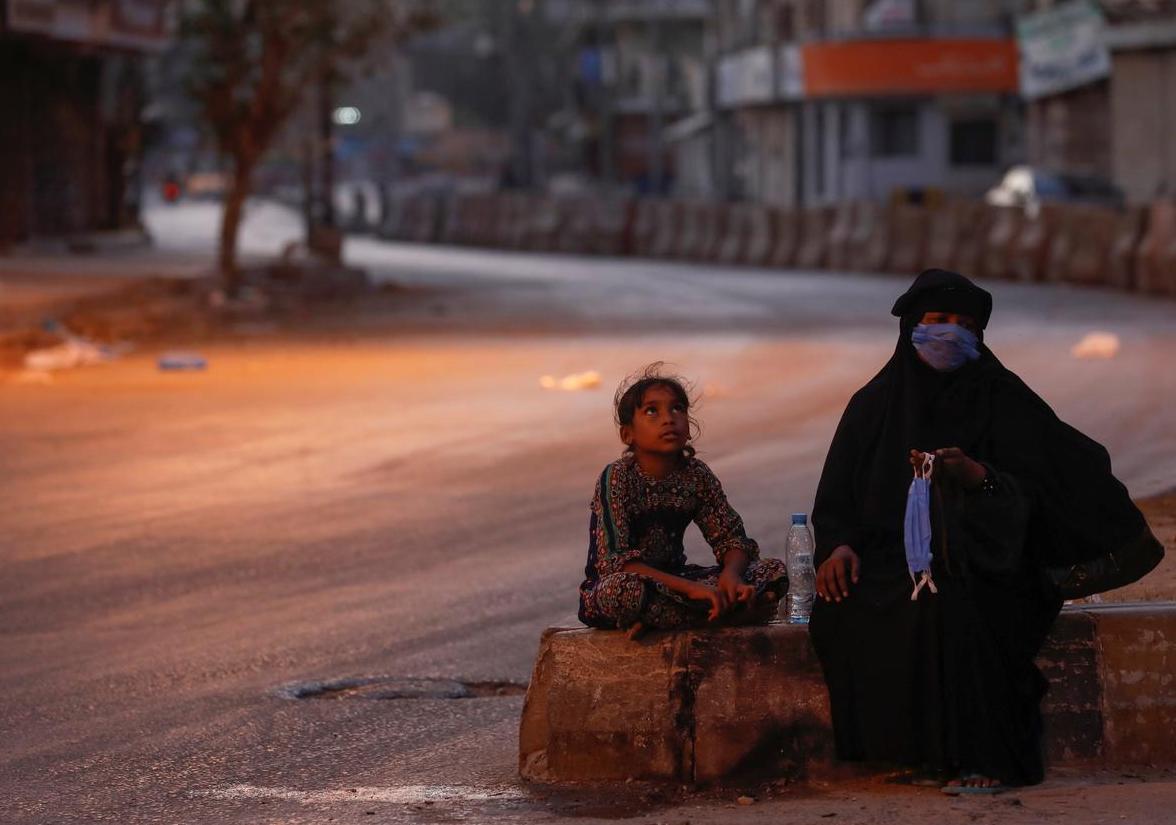 As countries around the world juggle with strategies to flatten the Covid-19 curve, Pakistan's decision to impose smart or selective lockdowns in hotspot areas is yielding desired results.

According to data collected by The Express Tribune, a significant reduction in the number of positive cases has emerged as the country crossed the 100-day mark in its fight against the respiratory disease which has claimed more than 5,000 lives.

"Smart lockdowns, a stronger enforcement effort, compliance of SOPs and the nationwide change in the behavior can be credited for the current gains in the fight against the Covid-19 virus," said Minister for Planning, Development and Special Initiatives Asad Umar. The minister said a 28% nationwide reduction was recorded in the number of critical cases as a result of the selective lockdowns and implementation of SOPs introduced by the National Command and Operation Centre (NCOC).

"The prime minister was the first one to advocate for smart lockdowns. We received criticism for it but now we are seeing the entire world has come around it," the minister said. Countries around the world, Umar said, have realized that it is simply unsustainable to shut entire nations. "The only way is to identify high-density hotspots and target them accordingly."

As long as the hotspot areas are taken out of the whole network, the minister said, the cumulative impact is reduced. "That coupled with behavioral change has helped Pakistan in controlling the contagion," he claimed.

The concept of smart lockdowns, when presented by Prime Minister Imran Khan, was fiercely opposed. But as the country appears to be on course to flatten the Covid-19 curve, its strategy is being endorsed by a number of developed nations. Germany, Italy, and Portugal are now considering local shutdowns to prevent a new surge of coronavirus infections. More and more countries are shutting down smaller regions as opposed to bringing their entire nations to a halt.

"The transition to smart lockdowns was not an easy one for Pakistan," said Umar, who also heads NCOC, which is steering the country’s efforts during the health crisis. Despite receiving flak from all corners, the prime minister stuck to his guns. He supported the smart lockdown strategy over nationwide shutdowns to prevent the spread of the disease and protect people below the breadline from economic hardship.

"The only solution as the world has discovered is a smart lockdown, which allows for economic activity with SOPs. We are amongst the pioneers of this approach," the prime minister said in his post on Twitter.

The policy, experts believe, appears to have been validated by a recent report by Oxfam. The leading UK-based charitable organizations focusing on the alleviation of global poverty warned that the Coronavirus pandemic could kill more people through hunger than the disease itself. "Many people in middle-income countries who were on the breadline are also said to have been tipped over the edge by the health crisis," said Oxfam.

Through the NCOC, the government has implemented a series of measures. In total, the government's central response unit has imposed more than 500 smart lockdowns to control the disease from spreading.

"So far, we imposed 551 smark lockdowns across the country," said one senior official at the National Command and Operation Centre (NCOC), which serves as the nation's nerve centre in the battle against Covid-19. In total, 8.2million are currently under lockdown," he revealed.

Active campaigns coupled with the smart lockdowns, the NCOC official said, have helped Pakistan in flattening the Covid-19 curve, which has infected more than 247,000 people.

While Pakistan has made significant gains against the Covid-19 virus, it still has a long way to go. The road ahead, according to Asad Umar, is full of challenges. While talking to The Express Tribune, the minister cautioned citizens: "They need to keep the guard up during the upcoming Eid and even during the 10 days of Muḥarram." "The gains in the fight against Covid-19 can easily be reversed if we let the guard down. We will have to continue the efforts, and the people would have to follow the SOPs during Eid and Muharram," he warned.

According to Umar, the NCOC is now focused on the quality of smart lockdowns across the country. "We will spend more time focusing on improving the quality of lockdowns," the minister said.

As Pakistan continues to fight against the contagion, health experts believe smart lockdowns along with other factors can reduce the number of positive cases. However, a significant portion of the burden falls on governments. "The government needs to identify new cases through rapid testing and contact tracing in order to control the disease," they added.

Commenting on the issue, Dr. Tahir Shamsi of the National Institute of Blood Disease (NIBD) said there has been a significant reduction in the number of cases that we receive for treatment. "There are a number of factors that are contributing to this reduction," said Shamsi. "The positivity rate has reduced by 50%," he claimed. "Targeting the hotspots and implementation of SOPs is an important factor in the reduction," said Dr. Shamsi. "The lockdown earlier was not taken seriously," he added.

Despite extreme lockdowns, Asad Umar said the number of positive cases in India are 10 times more than Pakistan. "India is reporting eight times more deaths than Pakistan," said Umar. "Our curve has come down and their trajectory appears to be heading in the wrong direction," the minister said while presenting the country's report card.

According to the Covidtracker.com, Pakistan has managed to keep the fatality rate down to 2.1%. On the other hand, neighboring India appears to be failing in that area. Despite Prime Minister Modi's experiments with enforcing the harshest and most extensive Covid-19 lockdown, the country's fatality rate remains at 2.7%.

At one point India decided to impose a total lockdown of 1.3 billion people for 21 days and that too at a few hours notice. Experts termed it as a catastrophic mistake. Arundhati Roy, the Indian author, and political activist termed the lockdown as an act of “social compression”.

"Unemployment was at a 45-year high before the lockdown. The lockdown is estimated to have cost 135m jobs," Roy said in an article published in a London-based financial daily.

Despite the strict restriction, India reported 475 new deaths and 26,506 new cases during the past 24 hours across the country, making it the highest single-day spike.

Imran khan was only voice in the world pleading against comolete lock down. Lock down destroyed world economy badly and time will tell that it was a very wrong decision. Domestically imran khan faces hard criticism but he remains stead fast on his belief that econony and poverty can kill more than panedemic. One can imagine if fatalities were more then opposition and media was ready to oust khan on this plea. Now that media and opposition is even not ashamed . Infact they were in favour of lock down so that people become against government in poverty but they failed. Now the whole world is adopting Khans footprints even without glorifying him