Hits Rs108,300 per tola as investors shift to safe-haven asset 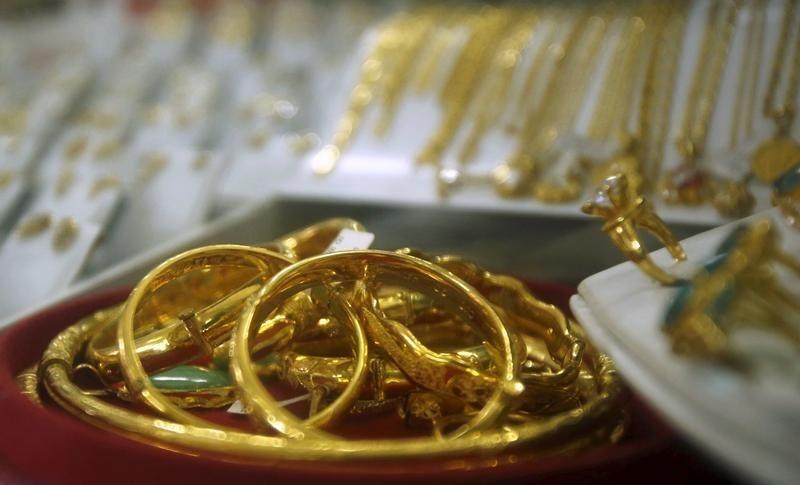 Gold prices continued to touch fresh peaks as they hit a new record of Rs108,300 per tola, up Rs2,400, on Wednesday on the back of soaring prices in the international market due to a drastic rise in coronavirus cases around the world coupled with economic uncertainty.

The precious metal has slowly and gradually maintained the uptrend in Pakistan since the outbreak of the disease in line with the global trend.

In the domestic market, investors have resorted to relocating their capital from other investment avenues to gold in the wake of the pandemic that has shaken the entire world.

Earlier commenting on the increase in prices of the yellow metal, Mafa Capital CEO Adnan Agar said though the rupee had largely stabilised against the US dollar, which did not affect gold, “the international market is not under our control, so the precious metal price in Pakistan is also rising”.

Being a key safe-haven asset, it attracts large investment from investors. “People will continue to invest in the precious metal until the uncertainty associated with Covid-19 persists,” said Pakistan Mercantile Exchange (PMEX) Managing Director Ejaz Ali Shah while talking to The Express Tribune earlier.

However, he predicted that if the world succeeded in controlling Covid-19 and introduced a successful vaccine, then the reversal in the commodity’s price would be at the same speed at which it had been rising.

Gold breached the $1,800-an-ounce level on Wednesday for the first time since 2011, with the precious metal benefitting from its safe-haven status as the coronavirus outbreak triggered global economic fears.

Gold touched $1,800.86 an ounce around 0830 GMT on the London Bullion Market - the highest level in eight and a half years, as a weaker dollar also made the metal priced in the US unit attractive to investors.

“It is little surprise that the original haven is continuing its rally,” said Carlo Alberto De Casa, chief analyst at ActivTrades.

“The gold bull thesis rests not only on the requirement for safe assets given the economic uncertainty but also longer term on fears of a surge in inflation caused by the massive increase in money supply,” he said in a client note.