However, a Supreme Court three-judge bench – hearing a suo motu case regarding delay in trial of corruption cases – noted on Wednesday that some corruption cases have been pending in these courts for 15 to 20 years while five accountability courts are without judges.

In its three-page written order issued after the hearing, the bench –led by Chief Justice of Pakistan Gulzar Ahmed – said it was unable to find the rationale and logic behind the courts left ‘vacant’ for a long period by the relevant authorities, adding that NAB has provided no reason for this.

The order said the whole purpose of making accountability law seemed to be rendered futile if judges were not appointed to vacant courts. It noted that huge pendency of NAB cases demands appointment of more than hundred judges.

“In view of the prevailing situation, the court has directed secretary law to immediately get instruction regarding its proposal about creation of at least 120 accountability courts and to fill up such courts with judges and distribute all cases among them for expeditious disposal of cases.”

“The strength of accountability court all over Pakistan shall immediately be increased by the government in order to ensure that all the pending accountability cases come to their logical conclusion at fast pace and at least within three months time.”

The bench also ordered the law secretary to fill the five vacant posts in the accountability courts within a week, warning that otherwise the court will initiate coercive action against responsible officials.

The bench also summoned Attorney General for Pakistan Khalid Javed Khan as well as law secretary on the next date of hearing. NAB prosecutor general was also asked to appear along with a report duly signed by NAB chairman describing as to how NAB proposes early conclusion of cases.

"We may note that if measures are not adopted by the government and NAB, the whole purpose of law will stand vitiated which apparently was not the purpose of legislation,” said the order.  The hearing was adjourned for one week. 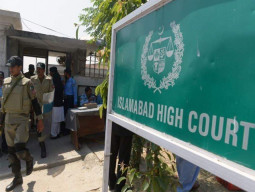 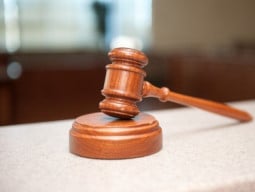 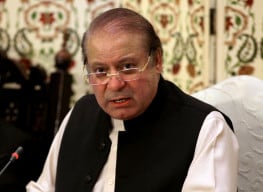 Last chance for Nawaz to appear in court on Aug 17

NAB was created and is existing through an ordnance... With cases pending for over 15 years as noted and observed by supreme Court... Question arises why are we having these courts and why not the regular legal path is being followed. NAB is now an instrument of terror in the hand of establishment, denying bail for 90 days ito an accuse of financial irregularity s against the spirit of Pakistan. A person has been sentenced seven years for not highlighting the income that he did not even received... It is against the very spirit on which our country was created.