Priyanka Chopra to star with Keanu Reeves in ‘Matrix 4’

An ode to the Undertaker's many personas

WWE legend the Undertaker announced this month that he was left with no desire to ‘step in the ring’ anymore, the implication being that he has finally retired.

The reveal came in a mini documentary series, The Last Ride, which explores the last three years of the veteran’s career. Through the course of the film – while acknowledging his uniqueness – the Undertaker was made part of many parables, ranging from a rogue gunslinger of the Wild Wild West to that of a demi-god coming to terms with his own mortality. 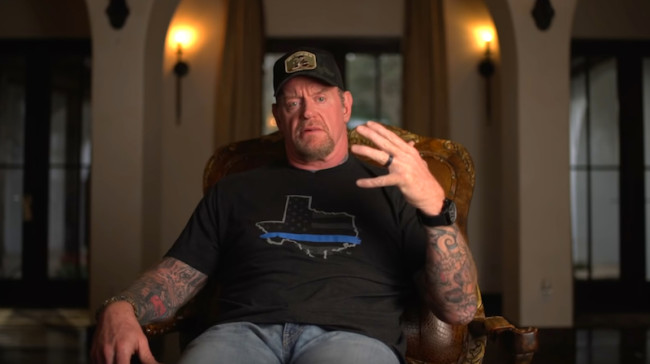 Such analogies are understandable considering the many renditions of the Undertaker’s character through the course of 30 years. He was essentially a mix and match of popular troupes engraved in American lore and later on, in cinema - much more mainstream than the wrestling world.

For the viewer in Pakistan, the opposite seems to be the case. The Undertaker is distinctive in absolute terms. It would be far easier to explain many different figures the Undertaker borrows from by using the latter as an example as opposed to the other way around. For a person on this side of the world, however, the Undertaker is something truly unexplainable.

Making his WWE (then WWF) debut in 1990 at the Survivour Series pay per view, the Undertaker’s character was initially portrayed as a mortician from the Wild Wild West that was hinted to harness the powers of darkness that made him indestructible. With each passing year, his persona became more of a supernatural figure from a dark realm unlike our own and less of a zombie cowboy. 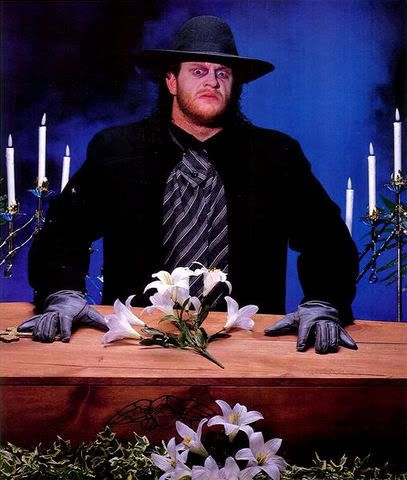 For his fans here, most of whom were children, these intricacies were of little meaning. In simple terms, he was a djinn, who had returned from the dead to wreak havoc in the four-sided ring. Suggested that at the time, the internet was less available, the notion of wrestling being a scripted affair was seldom agreed upon, even among adults.

For his fans, most of whom are now in their 30s, there was no Mark Calaway, and the Undertaker – no matter how ridiculous – was actually what was being shown on television screens.

Irrespective of whether he jumped out of the casket or buried alive his opponents, the suspension of disbelief persisted even after the episode finished – to the point that one never pondered how the Lord of the Darkness has made his way on to a sticker in a wafer packet. 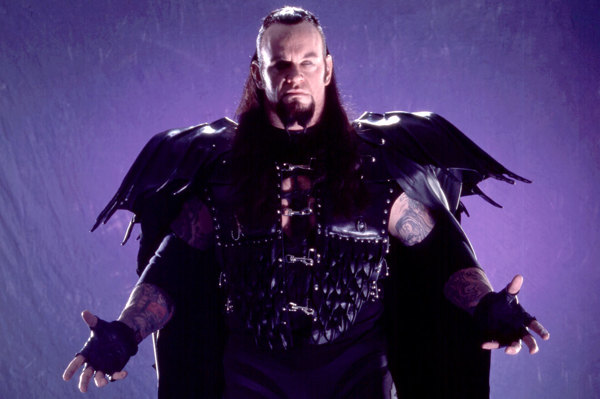 In fact, the hope of finding a sticker with the Phenom’s face sort of incentivised buying the sugar-laced edible. Nor did one ever have any doubts over his claim to rule over the dark realm when he lost to Akshay Kumar in the film Khiladiyon Ka Khiladi. (In the film, the Undertaker was portrayed by a different actor who interestingly enough had wrestled as the fake Undertaker against the real one in WWE). 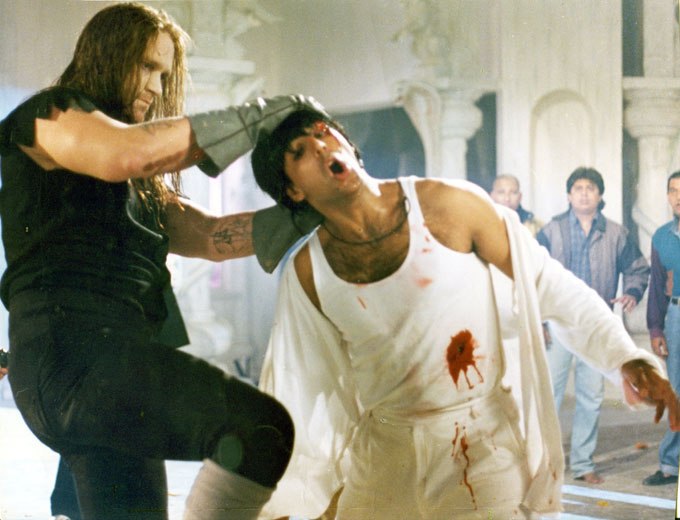 Kane’s arrival on the scene, the Undertaker’s storyline brother, further legitimised as something real. The brother being a mask wearing freak of nature that did the Undertaker’s move set to perfection. You got to know more and more about the character…how he burnt his house as a child that killed his parents and left scars, both mental and physical, on his brother.

No matter how ridiculous, almost akin to a cross between a Jerry Springer episode and Dracula, in hindsight, you were on your toes.

As the fans began to grow up and wonder how two demons are settling there differences in a wrestling ring often following the rules, Calaway, the man behind the Undertaker mantle, took them on another ride. Doing away with a demon persona, a bandana-clad Undertaker came cruising down the ring on a Harley Davidson with Limp Bizkit playing in the background. With WWE’s attitude era in full swing, a more edgy and relatively real storyline, the Undertaker had once again claimed his yard. 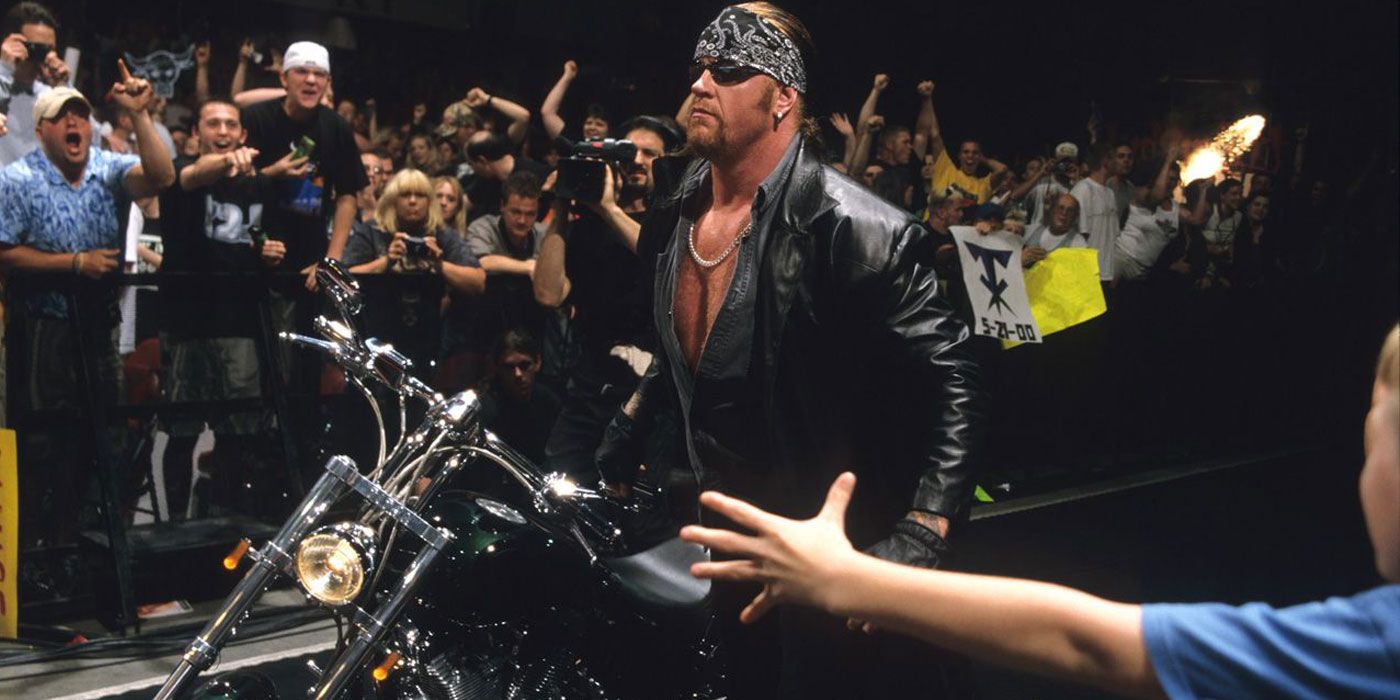 Now the kids, instead of being in awe of an out of this world fantasy, wanted to be cool and The Undertaker gave them exactly that. Instead of thinking as to why this sudden change had happened, people bought into the new rendition. For many, it was the entrance music. Limp Bizkit also gained popularity in urban audiences as Discmans became widely popular.

As the late 2000s arrived fans, being in their late teens to mid-twenties, eventually gave up on wrestling, The Undertaker reverted to his dark, old persona while keeping traits of his real self-intact. Becoming a nostalgic act and reducing his appearance to Wrestlemania, he did manage to keep the attention of old fans that had begun to ridicule wrestling as a whole but still went on to tune in for The Undertaker every now and then. Eventually, he ‘rode away into the sunset’ after giving full closure to fans that quiet literally, grew up with him.