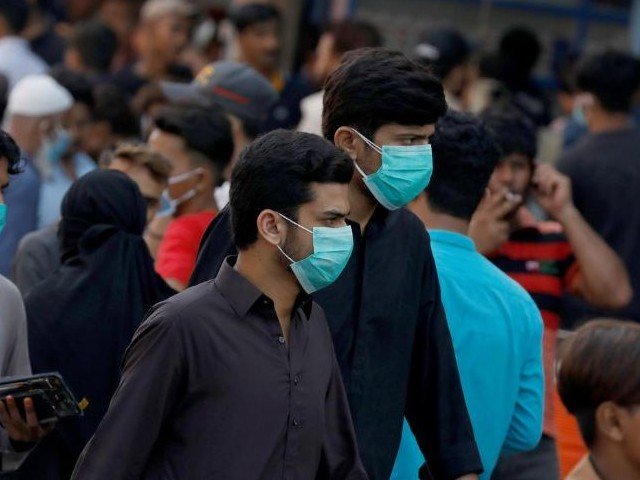 The number of recoveries in Sindh stand at 50,908, followed by 42,854 in Punjab. PHOTO: REUTERS/FILE
ISLAMABAD:

As many as 11,471 Covid-19 patients recovered from the infectious disease during the past 24 hours, the highest recoveries in a single day, taking the total to 125,094 and the recovery rate hitting 55.5%.

The previous highest single-day recoveries – 9,809 – were recorded on June 12.

The number of daily new infections has also declined below 4,000, according to the data released by the National Command and Operations Centre (NCOC), which is spearheading the fight against the global pandemic in Pakistan.

“It [strategy] has successfully created a balance between saving lives from the virus and preventing starvation,” he added.

The event at the hospital was held to acknowledge the frontline role of doctors, nurses and paramedical staff in the fight against coronavirus in the last 100 days.

The minister said the success of the strategy could be witnessed in Islamabad and other areas of the country.

He pointed out that 771 Covid-19 cases were reported in the federal capital on June 1 and now the number had dropped to 113 because of smart lockdowns.

“People can protect themselves against coronavirus by taking precautionary measures and following SOPs,” he added. “The coronavirus threat still exists and it is our national obligation to follow the SOPs.”

The minister said the NCOC in which federal ministers, chief ministers, officers of the armed forces and medical experts regularly attended meetings, had successfully handled the pandemic.

“The NCOC deserves our appreciation for its efforts in the last 100 days.”

The minister said the government through its Ehsaas cash transfer programme had delivered financial assistance to poor people at the doorsteps with transparency and on merit.

“So far, a sum of Rs193 billion has been distributed among 12 million deserving families.”

The minister said governments around the world were not prepared for the pandemic.

“The previous governments had not even focused on health facilities. There were only two laboratories for testing of coronavirus but now 129 laboratories exist to conduct tests and the government has increased its testing capacity.”

Shibli said in the past all medical equipment was being imported but now the science and technology ministry had even started manufacturing ventilators in the country.

He expressed satisfaction over the Covid-19 recovery rate and said a time would come when there would be no coronavirus patients in hospitals if everybody continued their efforts.