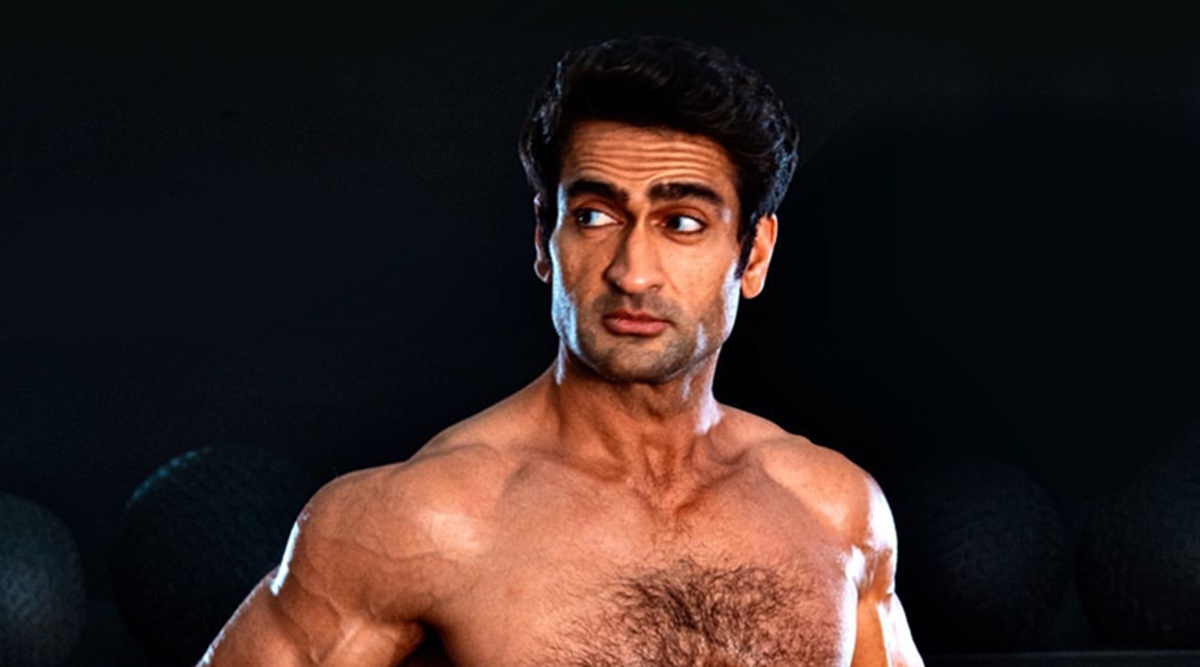 Kumail Nanjiani has certainly made his way to the top. The actor has been making headline for his role in the upcoming Marvel project, The Eternals, which also stars the likes of Angelina Jolie. Nanjiani has been prepping himself for one of the most challenging roles he has ever taken on and needless to say, it has been a task.

The actor recently appeared in a comedian's round table with The Hollywood Reporter and shared why he took the role and the representation he has sworn to take forward.

Talking about playing the Pakistani superhero in Marvel film, Nanjiani shared, "It was significant because it was something that I really, really wanted to do. Now on top of that, there's this other pressure in that I'm the first. But that stuff is a little harder to negotiate because I can only represent myself."

He went on, "So, I do feel the pressure, but the only way to relieve it is just to have more people have these opportunities. I, one person, cannot represent a whole group of people because all of our experiences and backgrounds are completely different. That said, when I got that part, I was like, "I want to look like someone who could take on the traditional Hollywood-looking superhero — someone who could take on Thor or Captain America." To me, that was an important part of getting to play the superhero, and for me it was important because I was the first one."

When asked if there was a particular approach he had towards his character, the Big Sick actor shared, "I approached him really like the opposite of the opportunities that I had gotten and the opportunities that a lot of other brown men traditionally get in Hollywood. I feel like we're this group where we can be the model minority, so the smart nerds, or the exact opposite, terrorists, depending on what the project is. Those are the two ends of the spectrum that we occupy and very little in between."
He continued, adding, "I've gotten to play a nerd, so I wanted this guy to be cool. I've played weaklings, so I wanted this guy to be strong. Brown men have had to play terrorists, so I wanted this guy to be full of joy. So, really, this character for me was defined by what I didn't want him to be."

His transformation for the role grabbed some eyeballs as well. A picture shared by the actor of his ripped physique made rounds on social media. Nanjiani reveals that for some reason, he has come to hate the very same picture.

"My aunts saying that they were really proud of me. I did not expect that. Listen, it got so much bigger than I thought it was going to get. If I had known it was going to be like that, I probably wouldn't have done it because I'll tell you, I have come to hate that picture," he said. When he was inquired as to why he had come to hate it, Nanjiani quipped, "Um, I don't want to get into it, but you get a weird body dysmorphia when the whole world is concentrating on how you look. And listen, I am very, very grateful and I put those pictures out for a reason, right? I did that because I wanted that reaction, obviously."

He concluded, saying, "But then when you get that reaction, it's a little weird. You're like, "People are really judging little bits of your physical being." And I know a lot of people have it a lot worse than me, but it makes you feel naked and I became shallow. I got obsessed with how I look and then all I would see are what I perceive as flaws."