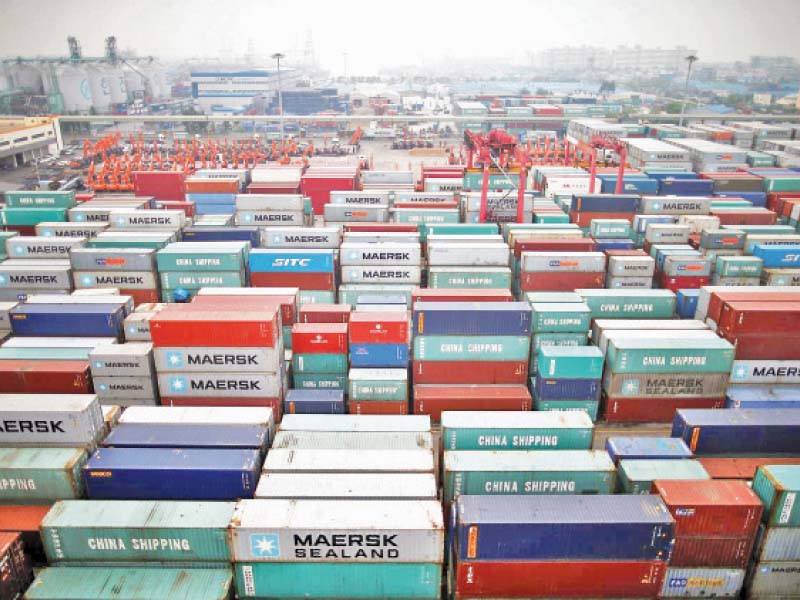 PM aide was informed that prior to the Covid-19 outbreak at the end of Feb 2020, Pakistan’s exports were on an upward tra-jectory. PHOTO: REUTERS
ISLAMABAD:

Exports of Pakistan are showing clear signs of recovery due to efforts of exporters to diversify their products as new opportunities are arising in the wake of the Covid-19 pandemic, said Adviser to Prime Minister on Commerce Abdul Razak Dawood.

Chairing a meeting held to discuss export strategy at the Ministry of Commerce on Thursday, Dawood highlighted the support provided by the government in that regard.

He underlined that the export sector had been given a new impetus by the government after it allowed export of personal protective equipment (PPE), barring three items, which was reflected in the surge in June exports.

“Other policies of the government, aimed at diversifying exports in international markets, will enable the country to extend the trend in the current fiscal year,” he said.

The adviser noted that traditional exports of Pakistan such as garments and bedwear were also picking up and would depict improved performance in new financial year 2020-21.

Talking about the export strategy, Dawood reiterated that greater emphasis would be laid on product diversification including engineering products, pharmaceuticals, agro-products and services.

He pointed out that the beginning of export of home appliances and diversification of cement exports to China and the Philippines were clear signs of success.

Dawood voiced optimism over achieving the export target in the new fiscal year and stressed that the government would continue the policy of product and geographical diversification.

During the meeting, latest facts and figures pertaining to exports were presented to the adviser.

Meeting participants explained to him that prior to the coronavirus outbreak at the end of February in Pakistan, exports were on an upward trajectory and it was reflected in an increase of 14% in dollar terms during the month compared to the same period of last year.

The momentum of February 2020 continued despite the Covid-19 outbreak as in the first 10 days of March, exports registered an increase of 13% compared to the same period of last year, they said.

Export-oriented industries began suffering in mid-March due to the lockdown imposed to control the pandemic followed by the global economic slowdown.

They informed the meeting that trade figures for March 2020 showed an 8% year-on-year decline in exports. The situation persisted and in April 2020, exports slumped 54% as compared to April 2019.

With efforts of the government to encourage the export sector, the first signs of recovery were observed in May 2020, which saw 33% decline in exports as compared to same month of last year, they said.

The momentum continued in June 2020 as the decline in exports, which stood at 54% in April and 33% in May, was narrowed to single digit at 6% in dollar terms, they said.

In addition that, figures also indicate that the strategy for geographical and product diversification for exports is bearing fruit.

For instance, there is a significant improvement in exports to Africa, which is the outcome of the “Look Africa Policy”. Exports to the Middle East have risen as well.

As a result of the overall progress, they said, the trade balance improved $8.7 billion, which indicated that the current account deficit was at manageable levels.