Prices are a notoriously hard nut to crack 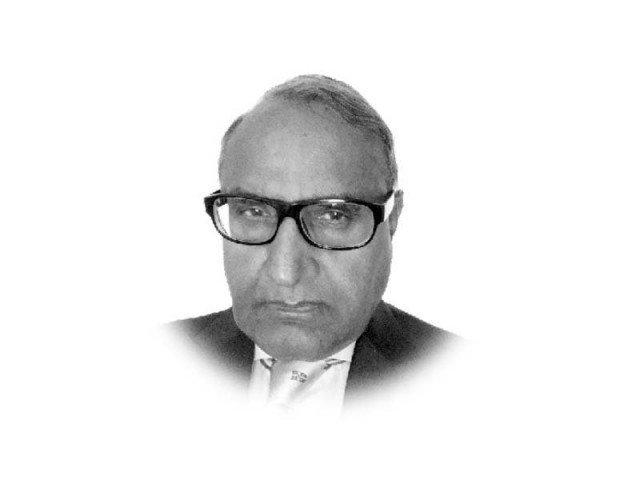 The writer is a senior political economist based in Islamabad

Governor Khar of Punjab in 1972, popularly known as Sher-e-Punjab, would issue a warning every next morning to anti-people price hikers, hoarders and black marketeers. Heedless, the prices continued to misbehave, prompting the famous headline in the weekly Punjab Punch published by the venerable Hussain Naqi: “Khar Warns Prices”. The government of the Great Khan first took the orthodox economist’s advice seriously — to permanently cure through tight monetary policy rather than provide temporary relief through price regulation. Neither seems to have worked. The rate of inflation climbed up from 4.7% in FY18 to 6.8% in FY19 and the double-digit of 10.7% in FY20. Each month from August 2019 to March 2020, it was in double-digit that peaked to 14.6% in January 2020. Attention turned to price controls and regulation during this period. Soon it was learned that the bloody 18th Amendment left nothing except monitoring of data at the federal level. By March, provinces were URGED to control the escalation of essential prices. In the absence of local bodies, the provinces let loose the selective wrath of Deputy Commissioners, resulting only in shortages and poor quality of products. Even in the case of prices that do fall in the federal domain — petrol and utilities — the wishes of the Great Khan were not granted. Vested interests lounging in the corridors of power exported and imported wheat and sugar at the taxpayers’ expense. In the case of petrol, the lowering of price also benefited the same vested interests rather than the consumers who were forced to queue up for whatever was made available by the PSO, a public-sector entity that saved some face of the ideologues of privatisation in the government. The comedy of errors does not end here. The federal government was unable to ensure lower prices of many items at its own Utility Stores Corporations. Once again, sugar was the worst example. A frustrated Khan ended up warning prices a’ la Khar.

Prices are a notoriously hard nut to crack. Even the mightier Khans of yester years surrendered to the power of the bazaar. In 1958, General Ayub Khan issued Martial Law Regulation No. 42 to fix the prices of essential items. Selling above these prices was declared an offence under the Martial Law Regulation No. 26 with a maximum punishment of 14 years in rigorous imprisonment. Hoarding of food grains was punishable with death under Martial Law Regulation No. 21. Smuggling also carried equally draconian penalties. There was no Martial Law Regulation against halting production or closing shop. Many items disappeared from the market for months together. Such were the birth pangs. As the regime felt secure, the market returned with a vengeance. That the price of sugar played an important role in its downfall is a point for contemporary ponderance.

In 1957, the celebrated Cambridge economist Joan Robinson told the Chinese: “Now the market mechanism has very great merit in that it runs itself. Everybody is doing what he wants to do. This has really immense merits. In the West the price system is always glorified as a means for maximum satisfaction, and it is criticised by many people that it does not give maximum satisfaction. This is really beside the point, its merit is not in maximising anything, but in the fact that it will operate itself. It does not need any policing and does not need any bureaucrats, and that is enormous benefit. This one comes to realise only by contrasting it with other systems.” For the record: she was no champion of economic liberalism.