Fourteen thousand feet above sea level, tensions between China and India reached a climax on the night of June 15. Troops engaged in hand-to-hand combat on the ridges of the Galwan Valley which left 20 Indian soldiers dead and dozens more injured with the Chinese also suffering casualties in the deadliest clash in over four decades.

With the two countries claiming stakes on Ladakh – part of the larger Kashmir region – since the bloody 32-day war in 1962, the far-reaching implications from the latest conflict are set to shake up the entire region.Despite calls for calm, it is clear that the two Asian powers will not back down as a military buildup continues in the area.

When asked what sparked the Galwan Valley skirmish, Michael Kugelman, deputy director and senior associate for South Asia at the Wilson Centre, told The Express Tribune: “The most credible reports suggest that the Chinese soldiers did not withdraw from territory India considers its own.”The regional expert, however, added: “The exact trigger isn't clear...it may have been Indian soldiers setting Chinese tents on fire but a brawl began with heavy fighting involving primitive weaponry.” 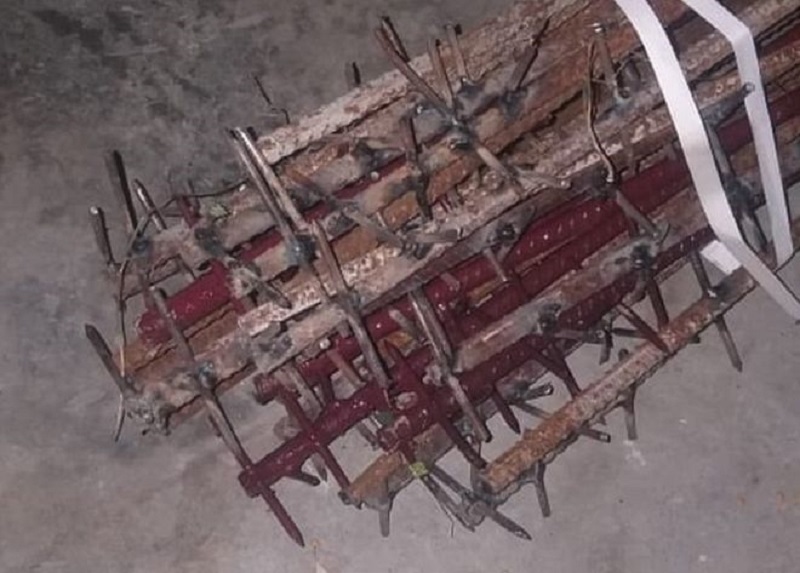 Soldiers are believed to have fought with clubs, rocks and their fists in the thin air. Kugelman said that the violence sent some soldiers falling to their deaths, and others ending up in freezing cold water and dying from the elements.“It was just a terribly brutal affair, even though there was no exchange of fire,” he said.Reports suggest no shots were fired in the clash as both sides abided by a 1996 agreement barring the use of guns and explosives in the area.

This video showing a skirmish between #Indian and #Chinese troops is from 2017 at #Pangong lake in #Ladakh.You can read our complete #factcheck story here:https://t.co/ukIgJN0z9e pic.twitter.com/vDtAv2wWKi

In a statement,Chinese foreign ministry spokesman Zhao Lijian said that Indian front-line soldiers attacked the Chinese who were in the area to negotiate.

1. The Galwan Valley is located on the Chinese side of the Line of Actual Control in the west section of the China-India boundary. For many years, the Chinese border troops have been patrolling and on duty in this region.

His Indian counterpart Subrahmanyam Jaishankar, however, claimed that the fighting erupted after "the Chinese side sought to erect a structure in Galwan valley on our side of the Line of Actual Control (LAC)".

According to Shashank Joshi, the defence editor at The Economist, India claims Chinese forces on the south bank of the Galwan river built a tent, instead of disengaging from the area as agreed on June 6.“China says that its forces were on its own side of the LAC. An Indian unit burnt the tent, causing the People’s Liberation Army (PLA) to attack in larger numbers,” Joshi told.

The British journalist believes the root cause was disagreeing on the implementation of the withdrawal.In his reply, Hu Xijin, the editor of Global Times, blamed the Indian troops for the clash, saying they sparked it by burning the tents of PLA soldiers.While Mosharraf Zaidi, an ex-adviser to Pakistan’s foreign ministry, warns that the Gulwan Valley incident could have grave consequences for New Delhi.

The two sides have been engaged in an eyeball-to-eyeball standoff at several points on their 3,500km border, most of which remains undemarcated, since early May.“We're already seeing a very tense situation. As long as talks continue even after the Galwan faceoff prospects for further escalation are reduced,” Kugelman said.

He said that rising public anger in India is intensifying pressure on New Delhi to retaliate in some way, adding: “Their next move will go a long way toward determining the trajectory of the crisis...in truth, the options are limited”. Kugelman is, however, of the view that India, being the less powerful of the two, “can't risk a military retaliation that heightens the chance of conflict”.

“But nationalistic fervor and national security imperatives may end up trumping such concerns. I do think the crisis will eventually wind down, but it will take time,” he said.“Even when tensions wind down, it is only a matter of time before the next crisis arrives,” he added.The Wilson Centre official sees the “days of cooperating diplomatically and economically despite tensions on the security side may well be [getting] over”.

Amid mounting pressure from the Indian Congress, the largest opposition party in the country, Narendra Modi gave an address to the nation, in which he downplayed the incident and denied any incursion into their territory.Joshi, on his part, believes that both sides want to avoid a repeat of the Galwan Valley clash.

“China has strengthened its position in Galwan and there is no agreement on how to resolve the situation at Pangong lake, further south, so the crisis will persist,” he explained.To the British journalist, it is unlikely that India will retaliate with force as PLA forces will be prepared for any escalation and “the geography makes it difficult”.

He said that New Delhi would retaliate diplomatically.“We will see a more assertive position on the LAC from India, including a military buildup, more construction and more intensive patrolling,” he said. Xijin, meanwhile, advises New Delhi must “restrain” the “loud voices” to ease tensions.

The Global Times editor said that China is committed to peace but “preparing for the worst” at the same time. Zaidi also sees India’s political and military leadership finally deciding that “it is better to swallow the bitter pill of humiliation than to escalate matters”.

Kugelman opined that Pakistan being “China's top ally and India's top enemy” plays into the equation.Since partition in 1947, Pakistan and India have fought four wars and were on the brink once again in 2019 after two Indian planes were shot down by the Pakistan Air Force after entering its airspace.

“China's provocations are a form of retaliation against two Indian actions that have upset Pakistan: India's revocation of Article 370 of its constitution, and its increasingly frequent threats to Islamabad in Azad Kashmir,” he said.Last year in August, New Delhi stripped Indian Occupied Kashmir of its autonomy sparking global uproar.

The foreign policy expert added that India’s first act directly affected Beijing as “the repeal of Article 370 impacted Ladakh”.“And the second Indian action indirectly affects China given that India has threatened to lay claim to areas near the envisioned route of the Belt and Road Initiative,” he said, as Beijing goes ahead with its ambitious global development strategy.

On the Pakistan factor, Joshi said: “Pakistan contests New Delhi staking its claim on Ladakh, including parts being fought over with China now.”He said that India’s attempts to seize the Siachen glacier are supported by troops in Northern Ladakh, including the Daulat Beg Oldi airfield.

In 1984, the Indian army initiated a secret operation and captured some posts at the Siachen glacier and approached the eastern Karakoram mountain range, which compelled Pakistan to move its troops into the strategic region of northern Kashmir.“A heightened PLA threat to eastern Ladakh might have implications for the military balance between India and China, particularly if India accounts for a possible two-front conflict,” he cautioned.

“If India shifts resources from the Line of Control with Pakistan to the LAC with China, it could ease the military challenge posed to Pakistan,” said The Economist defence editor. “If India responds by tilting closer to the US, and other Chinese rivals in Asia, then China may see advantage in further consolidating its relationship with Pakistan,” he added.

Zaidi, drawing a parallel from the past, said that India last suffered an embarrassment of this kind 20 years ago in the Kargil conflict at the hands of the Pakistan Army.

As the two neighbours are among the world’s biggest economies, Kugelman said: “There’s a real risk that the biggest casualty of the situation could be economic cooperation.”The Indo-China trade relationship is, by volume, one of the biggest in the world.

“Given the economic struggles of India right now, its inability to trade with a key partner would have considerable consequences – especially as China has made considerable contributions to some of the most troubled Indian sectors, such as manufacturing and telecoms,” he warned. Kugelman said that as ties between the neighbours are in free fall, there is a possibility that “New Delhi may be willing to end, or at least, reduce its traditional reticence toward overly antagonising Beijing”.

He also sees the possibility of India seeking to bolster ties with Taiwan as well as a more robust participation in the Quad group. “New Delhi may engage in more operational cooperation with the US in the Indo-Pacific region” such as engaging in joint patrols, he said.

But he also expects India to “move the needle a bit more when it comes to its willingness to push back harder against Beijing”. He warned that economic retaliations would be risky given India's economic struggles coupled with the benefits derived by trade with China.

Amid the border tensions, New Delhi banned 59 mobile applications, mostly Chinese including the wildly popular TikTok and WeChat, over national security and privacy concerns on June 29.Joshi calls it a watershed moment in the Indo-China relations as for the last 10 years this relationship has grown steadily more competitive, but the two sides have kept it within bounds. “Now it has spilt over [and] there may be less restraint from both sides.

India is likely to tilt closer to the US and deepen initiatives like the Quad, and grow more cautious of Chinese investment in India,” he added.The British journalist went on to say that Beijing could ramp up pressure on the Indian border while also intensifying its diplomatic, economic and military efforts across South Asia and the Indian Ocean.To Xijin, “the fact is that India can't beat China militarily and its weak economy isn't able to sanction China either.”

Similarly, Zaidi also agreed that India has limited options in response to China’s moves in the region.

Apple-owned Shazam identifies over a billion songs per month