Iran has so far struggled to contain the outbreak, the deadliest in the Middle East
June 29, 2020 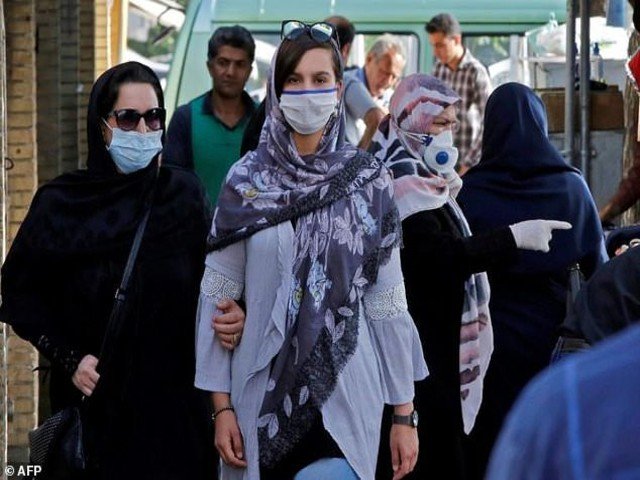 After reporting its first death on February 19, Iran has struggled to contain the outbreak, the deadliest in the Middle East

Iran reported on Monday 162 more deaths from the novel coronavirus, the highest single-day toll since the country's outbreak began in February.

"This increase in numbers is in fact a reflection of our overall performance, both in terms of reopening and in compliance with health protocols," health ministry spokeswoman Sima Sadat Lari said at a news conference.

The previous record daily toll of 158 deaths was reported by health authorities in early April.

Official figures have shown an upward trajectory in new confirmed cases since early May, when Iran hit a near two-month low in daily recorded infections.

Iran reported its first Covid-19 cases on February 19 and it has since struggled to contain the outbreak, the deadliest in the Middle East.Lari announced an additional 2,536 new cases on Monday, bringing the total to 225,205. The overall official death toll is now at 10,670

Iranian authorities have refrained from enforcing full lockdowns to stop the pandemic's spread and the use of masks and protective equipment has been optional in most areas.

Iran closed schools, cancelled public events and banned movement between its 31 provinces in March, but the government progressively lifted restrictions from April to try to reopen its sanctions-hit economy.

Iran's supreme leader Ayatollah Ali Khamenei said on Saturday that "momentum and effort has waned among some of the people and authorities" to combat the virus, warning the country's economic problems would worsen if the disease spreads unchecked.

Authorities launched a campaign over the weekend to encourage people to wear masks and decreed mandatory mask-wearing "in covered spaces where there are gatherings" from Saturday, the beginning of the week in Iran.

The increasing virus caseload has seen some previously unscathed provinces classified as "red" -- the highest level on Iran's colour-coded risk scale -- with authorities allowing them to reimpose restrictive measures if required.

According to Lari, the provinces of Khuzestan, Hormozgan, Kurdistan, Kermanshah, Boushehr, West and East Azerbaijan and Khorasan Razavi are classified as "red".

The provinces of Ilam, Lorestan and Golestan are on alert, she added.