Previously, the highest number of deaths seen in a day was 49.
Our Correspondent June 29, 2020 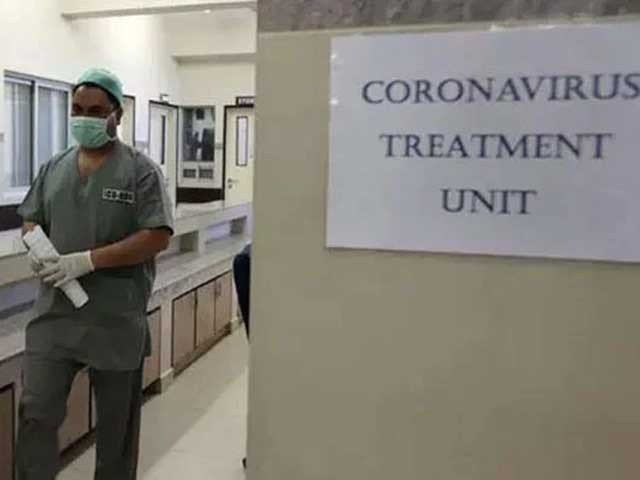 Previously, the highest number of deaths seen in a day was 49.

As many as 74 more coronavirus-related deaths were reported in Sindh on Monday, a record single-day death toll for the province.

In a statement issued on the day, Sindh Chief Minister Murad Ali Shah said the provincial virus death toll had reached new highs, with a total of 1,343 patients passing away to date. "This is the highest figure since the first death stemming from Covid-19 was reported on March 19," he disclosed. Previously, the highest number of deaths seen in a day was 49.

According to Shah, 1,093 more patients have recuperated as well, bringing that number of recoveries to 45,616. He added that this had brought the recovery rate to 55.6 per cent, which he termed as 'quite encouraging.'

The CM further revealed that 35,026 patients were currently under treatment, with 33,482 in home isolation, 1,456 in different hospitals and 88 in isolation centres. Moreover, he stated, 660 patients were in critical condition, with 92 on ventilators.

Highlighting the number of cases in the provincial capital, he revealed that 689 of the new cases have emerged from Karachi. Of these, 252 were from East district, 175 from South district, 107 from Central district, 62 from Malir district, 49 from West district and 44 from Korangi district.

He added that 93 new cases had been reported in Hyderabad, 76 in Ghotki, 74 in Sukkur, 34 in Mirpurkhas, 34 in Khairpur, 32 in Tando Allahyar, 28 in Jacobabad, 23 in Sanghar, 23 in Shaheed Benazirabad, 22 in Larkana, 19 in Qambar-Shahdadkot, 19 in Shikarpur, 13 in Dadu, 12 in Umerkot, nine each in Badin and Naushero Feroze, six in Sujawal, five in Tando Muhammad Khan, four in Thatta and one apiece in Kashmore and Matiari.