Do we care about agriculture? 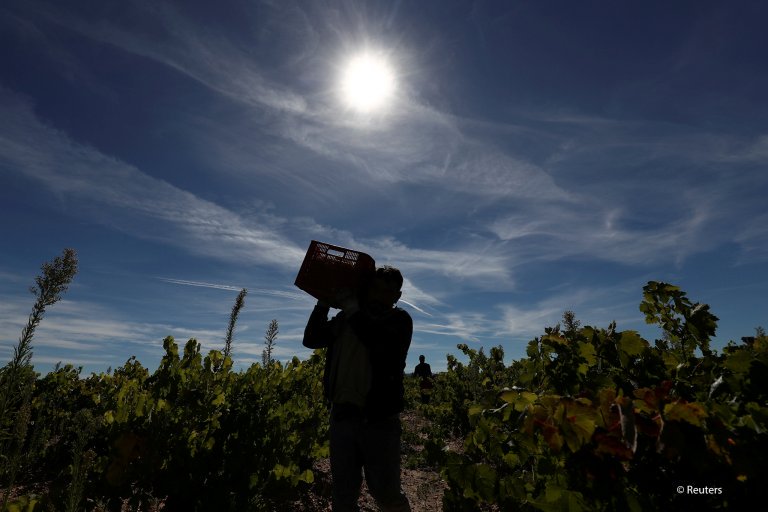 Agriculture is the only sector whose output has increased, by 2.67%, in FY20. Had this been not the case, the overall decline in Pakistan’s gross domestic prod- uct (GDP) could have been much steeper than 0.4%.

But sadly for quite some time, a trust deficit exists between the federal government and provinces regarding how – and to what extent – the former wants to disempower the latter, particularly Sindh, the second largest agricultural heart- land after Punjab.

Balochistan is also annoyed by the federal government for the negligence of federal authorities in pursuing the required develop- ment projects in the province and the provincial share in the federal pool of resources.

Balochistan National Party-Mengal (BNP-M), led by Akhtar Mengal, has already left Pakistan Tehreek-e-Insaf (PTI)-led coalition government in the Centre, though it has not an- nounced that it will sit on opposi- tion benches.

If this trust deficit exists any longer or widens any further, no amount of federal funding for fighting locusts, ensuring food se- curity and agricultural growth can deliver the desired results.

The federal budget for the next fiscal year, starting July 1, envis- ages Rs22-billion allocation under

Pakistan’s economy was in a criti- cal condition even before the spread of the coronavirus and shaping it up while fighting Covid-19 at the same time is an uphill task.

However, the root cause of all these and other problems can be traced to weak democracy and poor governance. Wheat and sugar cri- ses have become so common in the country that people are surprised when in a given year they don’t have to brave either of the two.

The PTI government is trying to fix responsibility for the wheat

and sugar crises that hit markets twice during its two years in power. However, many politicians see the much-trumpeted publicising of investigations into the crises as an attempt by the powerful establish- ment to malign the political system.

A continued decline in the cropped area of cotton – the lifeline for textile exports – due to reckless expansion of sugarcane cultivation has cost the economy dearly.

To add insult to injury, the sugar- cane crisis does not end even after devastating the cotton economy. The wheat crisis makes hearts bleed when it occurs at a time of surplus production.

There is certainly more to such crises and below-potential growth of the agriculture sector than meets the eye. Whatever that is, but it can- not be addressed unless democracy takes root in Pakistan and gives birth to improved governance and accountability.

That said, let’s have a quick look at what promises Punjab and Sindh make in their provincial budgets for the ongoing fight against locust attacks on crops, food security and agriculture sector’s improvement in general.

For FY21, the Punjab government has earmarked Rs53.76 billion for the entire agriculture sector including Rs8.73 billion for forestry, Rs13.3 bil- lion for livestock and Rs31.73 billion for agriculture in general. The Sindh government has allocated Rs14.84 billion for agriculture which, it claims, is 40% higher than the FY20 allocation. Besides, Sindh’s bud- get also envisages Rs1 billion each in subsidy for quality paddy seeds, fertilisers and pesticides. How hon- estly and efficiently the provincial governments of Punjab and Sindh can pursue their agricultural de- velopment plans is not difficult to speculate given their track record. But let’s hope for the better.

After the 18th Constitutional Amendment, agriculture has re- mained a fully provincial subject since FY11. But this hard-won auton- omy has not helped provinces im- prove the overall state of agriculture.

There could be many reasons for this but the most important one is that a large proportion of provincial allocation for agriculture is spent on non-development expenses – pay and perks of officials, maintenance of offices, purchase of vehicles, etc.

The agricultural growth target for FY21 is threatened primarily by locust attacks and the industrial expansion goal can be missed if global recession persists longer than expected.

Federation of Pakistan Chambers of Commerce and Industry’s former senior vice president Mirza Ikhtiar Baig says after the scrapping of zero-rating policy for the textile sec- tor, the exporters “have to pay Rs2 million for the shipment of every container.”

If the refund process is not acceler- ated, one can imagine how seriously this can hit exports and, in turn, af- fect industrial output, particularly at a time when boosting demand in a sagging economy is not that easy, he says.

Rice Exporters Association of Pakistan Chairman Shahjahan Malik laments the FY21 budget has grossly ignored the rice process- ing industry and if this industry does not work well, both exports and manufacturing will take a hit proportionately.

He is of the view that the federal budget offers no tangible plan for the revival of activities in hotel, tourism and entertainment indus- tries nor does it envisages incentive packages for fruits and vegetables as well as beverages.

THE WRITER IS A MECHANICAL ENGINEER AND IS DOING MASTERS.