Pakist­anis may love their samosa­s and pakora­s, but what does the rest of the Muslim world eat during Ramaza­n?
Sunday Magazine Feature
Published: August 7, 2011
Tweet Email 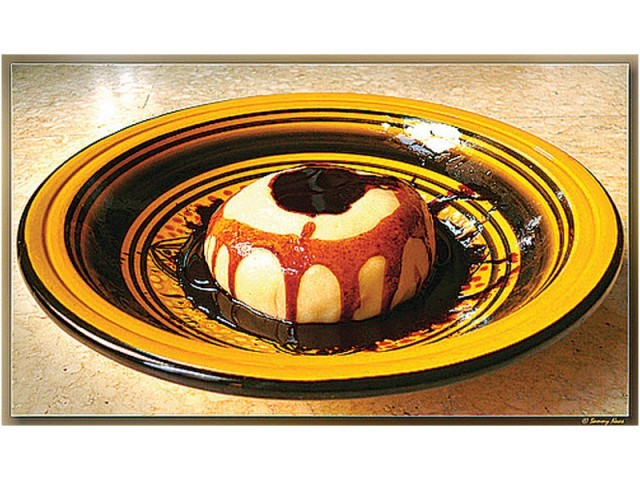 Pakistanis may love their samosas and pakoras, but what does the rest of the Muslim world eat during Ramazan?

A Syrian iftari usually comprises salads such as Fattoush and Taboula along with fried meatballs called Kebbah and savoury pastries called Fatayer. This may seem quite healthy, but Syrians like their desserts just as well — they enjoy sweets soaked in syrups called Awameh, and Ketaayef — a cream-filled pastry. For sehri, families gather to have a meal containing vegetables, meat, olives, eggs, cheese, a mixture of herbs and spices called Zatar and of course, tea.

A traditional Algerian iftar dish is  Shorba, a soup with meat or chicken and vermicelli. The soup is served with rectangular shaped crusty bread called Burak, which is stuffed with mashed potatos, minced meat, cheese and olives. Also on the Algerian table is Dolma, which is potato, marrow or green pepper stuffed with minced meat. Iftar is not complete without Lham Lahlou, made from dried apricots, almonds, cooked apple, meat and sugar. The staple dish in the morning is Mesfouf, which is couscous steamed with green beans and peas.

In Yemen, the fast is broken with a variety of rice dishes, bread, and a lassi-like beverage called Laban. Traditional
Yemeni recipes include Salta, which is a dish made from chicken or beef in a parsley sauce, as well as Aseeda — which is also a favourite in Sudan. For sehari, people eat beans and a sweet honey cake called Bint al Sahn.

Long before Ramazan is  announced, the Sudanese prepare for it by storing up on cereals, dates, and spices. Their main dish, however, is Aseeda, which is made of pureed dates and flour cooked in ghee. Another well-loved iftar dish is Mulah Taklia, a mixture of minced meat and onions in a rich tomato sauce. Malah al Naemia is a soup eaten with Roegag, a type of bread similar to cornflakes that is made of wheat flour mixed with milk. For dessert, the Sudanese enjoy sweets like Basbousa, made of semolina and syrup, and Mouhalabiyeh, similar to custard. Whereas Pakistanis may enjoy Rooh Afza as their traditional iftar refreshment, the Sudanese drink is Amar al Deen, an apricot-based syrup.

Items on the Iraqi menu during Ramazan include Harissa, a kind of porridge made from previously stewed and boned chicken and coarsely ground soaked wheat and decorated with a generous sprinkling of cinnamon, a meat soup called Tashreeb, Maklouba, a dish made of rice and eggplant, and of course grilled Kebab or fried Kibbeh, made of burghul, chopped meat and spices.  To cater to their sweet tooth they prepare Kadaif, a very fine vermicelli-like pastry, Baklava, a layered pastry filled with nuts and Zelabia, their version of their version of ‘jalaybis.’ Sehri is usually a light meal — tea, bread, cheese, olive oil and Burek, thin flaky dough filled with feta cheese, minced meat and potatoes or other vegetables.

In Bangladesh, a wide variety of food is prepared to break the fast. Like Pakistan, some of the common iftar items from Bangladeshi cuisine include Piyaju, Beguni, Muri, which is puffed crunchy rice grains, Haleem, dates, Samosas, Cholas and of course the Bengali version of jalaybis, namely Jilapi. Drinks such as rose and lemon sherbet are common on iftar tables across the country.

A typical Malay iftari comprises  Ketupat, rice cakes wrapped in coconut leaves and served with beef cooked in spices and coconut milk and Satay, which is grilled meat on a skewer served with peanut sauce. Other festive delicacies include Lemang, sticky rice cooked in bamboo tubes, Serunding, dry coconut fried with chilli, and their traditional chicken curry.