Statement taken out of context: Altaf

Statement taken out of context: Altaf

Insist­s that his speech was not meant to hurt Sindhi sentim­ents.
Published: August 5, 2011
Tweet Email 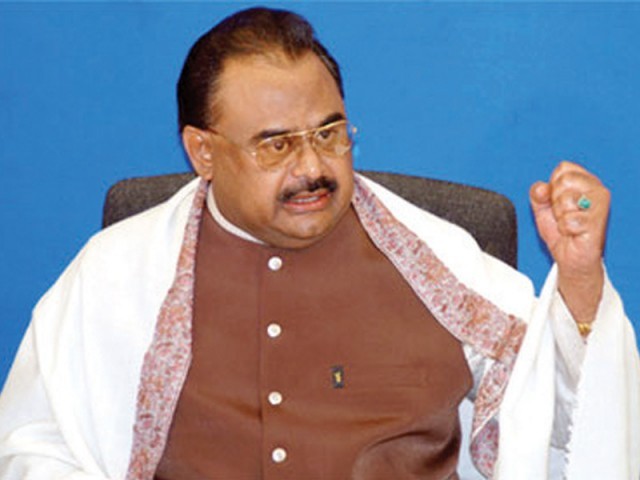 Insists that his speech was not meant to hurt Sindhi sentiments. PHOTO: FILE

Muttahida Qaumi Movement leader Altaf Hussain asserted on Thursday that his recent appeal to the residents of Karachi to stock up on food rations had been taken ‘out of context’, leading to confusion amongst the general populace.

The statement was given earlier in an impassioned call by the MQM leader, which sought immediate government action to curb the menace of targeted killings within a span of 48 hours.

His appeal triggered panic in the metropolis, as some assumed that it was an indication that violence would further escalate in Karachi, already in the throes of a deadly spate of killings.

Altaf Hussain clarified in the video that he was trying to forewarn people about a possible food shortage because of the worsening law and order situation in the city.

He added that operations carried out in Katti Pahari and Qasba Colony recently had forced residents to remain indoors leading to a severe food crisis in the area.

He also apologised if he had hurt the sentiments of native Sindhis with his remarks on their pre-partition status. He clarified that his speech was only against those who discriminate against Mohajirs on the basis of ethnicity, and were directing insults towards them.

Talking to The Express Tribune Awami Tahreek president Ayaz Latif Palijo said that the MQM chief’s statement caused much anger among the people of Sindh.

He added that the demonstration would be peaceful in order to avoid any disturbances in the law and order situation. “Urdu-speaking people are our brothers. But we cannot tolerate such kinds of statements, which can create ethnic violence in the province,” he said.

When asked about Hussain’s apology for the statement, Palijo said “We don’t believe in his dramatic politics and we will campaign against his remarks in order to expose him,” he said.

Altaf Hussain’s statement: Strike being observed in parts of Sindh