Bhutto tugs at the heart strings

Bhutto tugs at the heart strings 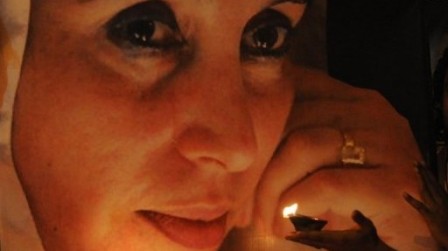 Benazir wrote in her autobiography of warnings that four suicide squads were after her. PHOTO: AFP

KARACHI/LAHORE: The recently-released documentary film, Bhutto, which focuses on the life of former prime minister Benazir Bhutto, has been deemed a fitting tribute to the iconic woman.

The film, directed by Duane Baughman, was shown at the prestigious Sundance Film Festival earlier this year with Benazir’s children Bakhtawar, Asifa and Bilawal, and her sister Sanam in attendance.

Bhutto is currently being shown at cinemas in Karachi, Lahore and Rawalpindi.

At Karachi’s Cineplex, people assembled prior to the 8:30pm show last weekend.

An ardent fan of Benazir’s, Saleem Jilani, was at the Cineplex with his entire family. He stated frankly that he was, “very fond of her, [and] would like to see how it is all portrayed either as fiction or was it close to reality.”  At the press preview in Karachi, audience members applauded the film and appreciated the effort in pulling together archival content to build the narrative.

In Lahore, the audience at a cinema was emotional after seeing the documentary.

An audience member in Lahore told Express 24/7, “at times it really makes you feel very sad, and at times it makes you feel very emotional at the life of the Bhuttos. I believe there is a lot of misery wherever you go in the past 30 to 40 years.”  Another middle-aged viewer said, “who could die, except for her, who gave her life for the country. She did so much for the [progress of] women as well. My heart was crying while I was watching the film.” In a contemptuous tone, she remarked, “The one thing I did not like was when they showed that man Zia-ul-Haq.”

Another viewer in the Lahore cinema said that the film accurately depicts the struggle that Benazir Bhutto had embarked on. “It is the story of her life, of her years of struggle to bring democracy to Pakistan.”