Actor irks many for supporting #JusticeForGeorgeFloyd while staying quiet amid brutality on Indian Muslims, Kashmiris 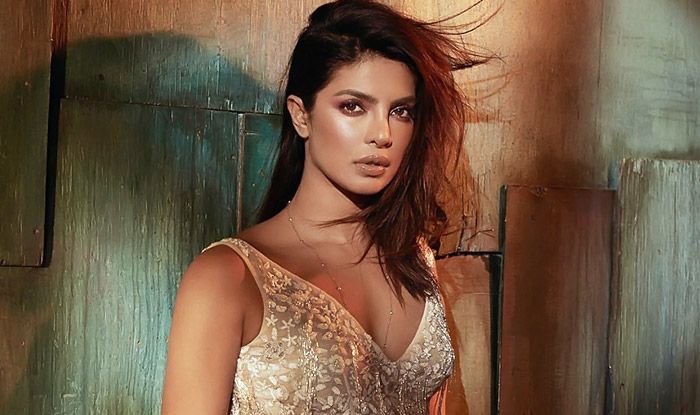 PHOTO: INDIA.COM
In the wake of the death of George Floyd, many celebrities have used their large platforms to speak out against racism and police brutality.

Floyd, a 46-year-old black man, died on Monday, May 25 after a white police officer pressed his knee onto his neck for several minutes. The incident, which was caught on video and involved multiple officers, has sparked intense national outrage, with protests across the country along with demands for justice on social media.

Celebrities including Beyoncé, Taylor Swift, Billie Eilish, and Ariana Grande have taken to Twitter and Instagram to honour Floyd’s memory while urging their fans to get involved.

Among other celebs, Bollywood actor Priyanka Chopra Jonas, too, shared her two cents on the matter.

Taking to Instagram, the former Miss World shared, "There is so much work to be done and it needs to starts at an individual level on a global scale. We all have a responsibility to educate ourselves and end this hate."

She added, "End this race war here in the US, and around the world. Wherever you live, whatever your circumstances, NO ONE deserves to die, especially at the hands of another because of their skin colour."

As her post went viral, many criticised Priyanka for staying mum on, k Islamophobia and brutality on Indian Muslims.

Priyanka Chopra is the truest definition of NRIs saying BLM but not giving a shit about the numerous Kashmiris killed by the Indian forces. pic.twitter.com/8d47kOff0l

Priyanka Chopra posting about police brutality in USA and not too long ago she was celebrating KPS Gill for doing the same in Punjab? I have never seen a celebrity this tone deaf.

It's institutionalised oppression of a race, not a "war" between two races. pic.twitter.com/XLJb4P0XiP

Priyanka must be the most hypocrite actress ever.
1. Keep quiet about anti-Dalit atrocities in India but talks about racism in US
2. Plays minority & brown card in US but sells fairness cream in India, Hardly talks about colorism/castism in Bollywood https://t.co/xh0YAWpVCl

How are these two any different?
How could you not see our people being killed by Police and then asked to sing National Anthem? @PMOIndia How long will you take to prosecute these monsters in uniform? @priyankachopra Do Indian muslims' lives matter? I hope you answer. pic.twitter.com/b8T3mgSuhp

A user eloquently called out the actor for her double standards.

Priyanka Chopra is an epitome of opportunism and cowardice. In her recent Insta post, she appeals people to end race war in US and educate themselves on race issue. She says no one deserves to die because of their skin color. She stands in support of George Floyd's family. 1/5

The last time I checked Priyanka still holds Indian Passport. What makes her comment on the African-American struggle but not on Bahujan movement? Where does the empathy and support of Priyanka and US migrated Savarnas go when it comes Bahujan resistance movement? 2/5

Each & every act of the class/caste group that Priyanka represents is a well calculated move that furthers their careers and polishes their image. She wouldn't dare to do the same in India as fellow Savarnas would destroy her career and endorsement opportunities. 4/5

After Priyanka Chopra, now Tiger Shroff and Kareena Kapoor have raised voice against the murder of George Floyd. Bollywood celebs, please sit down. You have absolutely no moral grounding to speak on racial injustice in USA while you keep mum on Brahmanical atrocities in India 1/3

Shame on every "Indian" who kept mum when India was in turmoil but comes out to speak against the US.

If you turn a blind eye to the racism happening in your country but are concerned about the same issue in another's country context..

Last year, Priyanka irked many with her comments about war.