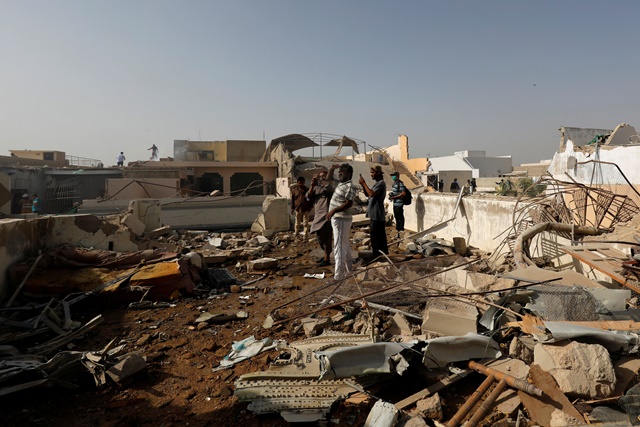 People stand on a roof of a house amidst debris of a passenger plane, crashed in a residential area near an airport in Karachi, Pakistan May 22, 2020. REUTERS

KARACHI: Bank of Punjab (BoP) President Zafar Masud and another banker, Muhammad Zubair, miraculously survived the PIA flight PK8303 crash in Karachi’s densely populated area Model Colony neighbourhood on Friday however some other prominent personalities were not that lucky.

Model and actor Zara Abid was among the passengers of the ill-fated flight. According to PR mogul Frieha Altaf, Zara was returning to Karachi from Lahore after attending a family funeral. She had received the best female model award earlier this year. There were earlier reports that she had survived the crash but she was yet to be found at the time this report was filed.

Journalist Ansar Naqvi, the director programming at Channel 24, too was on board the plane. He had worked for 13 years with Geo News as news controller and 12 years with English daily, The News. His wife, Rana Ansar, a former MQM MPA, said there were conflicting reports about her husband’s death and they had searched all hospitals for him but in vain.

The passengers also included Zain Polani, the head of the credit cards and personal loans division at the Standard Chartered Bank, his wife and three children. His wife Sarah Nasir was an economics professor at the IBA. Both husband and wife were IBA graduates.

The passengers included The Urban Unit CEO Khalid Sherdil, who had previously served as the Punjab industries secretary.  He had also remained the Balochistan labour secretary. He held multiple degrees in computer science from the US and Canada.

The chief minister told him, “Zafar, Murad is here.” The survivor replied, “Thank you so much. God has been merciful.”

The second survivor, Mohammad Zubair said he heard a loud sound during the flight and then the plane suddenly went down.

“I fell unconscious and when I opened my eyes there was smoke everywhere around me. I couldn’t breathe but then the rescue team arrived and brought me to the hospital,” he added.