PIA CEO says airlin­e, CAA will not partic­ipate in probe; will stand answer­able
By Salman Siddiqui
Published: May 23, 2020
Tweet Email 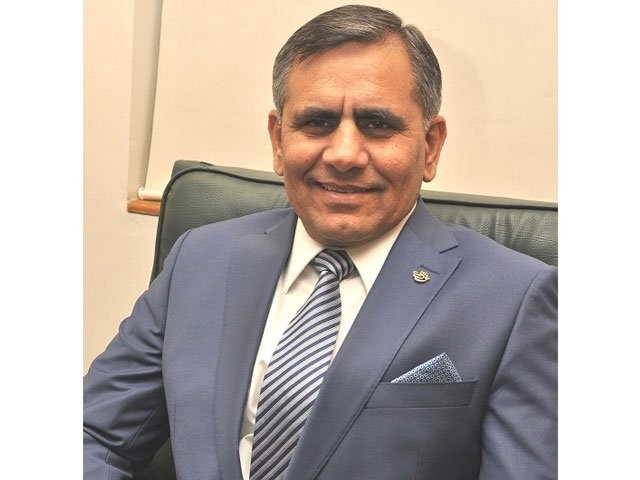 KARACHI: The Safety Investigation Board (SIB) will conduct an independent inquiry into the terrifying PIA plane crash incident at Model Colony, near the Jinnah International Airport, Karachi.

“The [state-owned] Pakistan International Airlines (PIA) and the Civil Aviation Authority (CAA) will not participate in the probe … and would stand answerable before the inquiry board,” PIA CEO Air Marshal Arshad Malik said in a news conference on Friday.

The SIB is an independent organisation of the government of Pakistan. The law ministry is preparing a summary to direct the SIB to probe into the accident. “Prime Minister Imran Khan would sign the summary,” the PIA CEO said.

Meanwhile, Premier Imran has ordered an immediate inquiry into the plane crash.

In a tweet immediately after the A-320 passenger plane en route from Lahore to Karachi crashed, the prime minister said, “Shocked and saddened by the PIA crash … immediate inquiry will be instituted.”

The prime minister said he was in touch with PIA CEO Malik and also with the rescue and relief teams on ground.

He expressed deep grief over the loss of lives in the air crash. “Prayers and condolences go to families of deceased,” he added.

Addressing the news conference regarding survivors, the PIA CEO said, “So far, I can only confirm … Zafar Masud [Bank of Punjab CEO] has survived the accident. He is safe.”

There were a total of 99 people on board the PK 8303 (Airbus A-320 with registration number AP-BLD). The breakdown suggests 91 were passengers and eight were crew members.

“So far, I can confirm that 19 martyred are in JPMC (Jinnah Postgraduate Medical Centre) and 22 in other hospitals,” he said. “It may take two to three days to complete the rescue operation.”

The PIA found the black box from the plane wreckage that contains all information, including causes of the accident and conversation between the air and ground staff, before the plane crashed at 2:37pm.

“The SIB has asked us not to touch the black box. Let it remain there at the site of the accident. The SIB investigators will reach the site on Saturday (today) and collect it themselves,” the PIA spokesperson told The Express Tribune.

The SIB is likely to complete the investigation in a minimum of six months to a maximum of three years, it was learnt.

The CEO said they have held talks regarding the accident with manufacturers of the aircraft and its engine, who might take part in the investigation. He said that apart from the PIA, the manufacturers also monitor the planes’ safety standards independently.

“I confirm the aircraft was fit to fly. There was no report regarding any fault, including the landing gear, in the aircraft. It was technically, administratively and operationally fit to fly. We have all the certifications on record. The aircraft’s ‘A check’ was last conducted in March,” Malik said.

“I am not saying we are clean in the accident. I remain answerable before the independent probe board,” he said. “I am ready to step down in response to the accident. However, I don’t want to leave my (PIA) team alone in these double-testing times; the coronavirus pandemic and now this tragedy.”

He asked the media to avoid speculating causes of the accident. “Let the probe board determine the actual cause,” he said, adding that rather they should take care of the grieving families and facilitate them.

“We stand ready to compensate [in monetary terms] … and are ready to do whatever we can possibly do for the grievers of the martyred people,” he said. “So far, no casualty, other than the people on the plane, has been reported from the area where the aircraft crashed.”

The PIA has achieved the highest level of safety “on the world safety index (Safety Assessment of Foreign Aircrafts) in the history this year,” he claimed.

Aviation Minister Ghulam Sarwar is scheduled to arrive in Karachi on Saturday to look into the accident.