Quresh­i warns Guterr­es about New Delhi’s plot to launch a false flag operat­ion
By ​ Our Correspondent
Published: May 23, 2020
Tweet Email 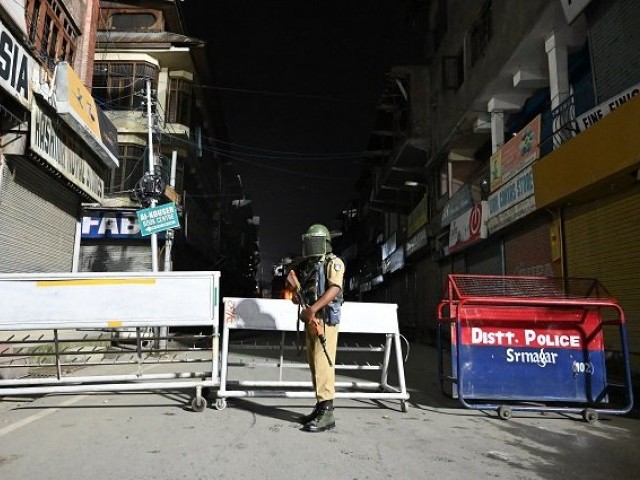 “India is further brutalizing the Kashmiri population through fake encounters and phony cordon-and-search operations, extrajudicial killings, and other repressive measures,” Qureshi told the UN chief in a telephonic conversation, according to a statement issued by the Ministry of Foreign Affairs.

He conveyed to Guterres Pakistan’s deep concerns over India’s grave violations of human rights; intensified military crackdown and moves to change the demographic makeup of the occupied territory.

In this regard, Qureshi alluded to the recent domicile law in IOJ&K, which is in violation of relevant Security Council (UNSC) resolutions and international law, including the 4th Geneva Convention.

He said in order to divert the world’s attention from its internal problems – continued repression by occupation forces in the IOJ&K and rising tide of hatred, racism and Islamophobia in India – New Delhi may resort to a false flag operation inside Pakistan and undertake another misadventure.

“Pakistan has been forewarning the world community in this regard, and would respond effectively to thwart any such ill-considered move,” he said.

He reiterated that Pakistan is ready to allow the United Nations Military Observers Group in Indian and Pakistan (UNMOGIP) to visit any site along the Line of Control (LoC) to falsify Indian claim about so-called ‘launch pads’ of militants in Pakistan, if India provides any specific information.

“The Indian allegations are primarily meant to defame the indigenous Kashmir resistance, which is a direct consequence of Indian oppression and brutalization of Kashmiris.

“The belligerent statements of the Indian political and military establishment are posing threats to peace and security in the region,” the foreign minister added.

Highlighting his recent communication with the UNSC regarding IOJ&K, he stressed that the UN as well as the UNSC should play their due role in preventing the situation from further escalating and stopping India from its illegal actions and preserving peace and security in South Asia.

The foreign minister also conveyed his concern over the ongoing demonization of Muslims in India in the context of coronavirus pandemic.

Secretary General Guterres thanked Foreign Minister Qureshi for this timely update and comprehensive briefing regarding the situation in IOJ&K. He underlined that he was closely monitoring the situation and would play his part in taking up these matters.

He also expressed his condolences over crash of the Pakistan International Airlines (PIA) plane in Karachi and tragic loss of life. Qureshi thanked him for the condolences and added that the situation is evolving with respect to possible casualties.

“The prime minister in a virtual address to the World Economic Forum’s (WEF) Covid Action Platform had outlined Pakistan’s perspective in this regard.” Qureshi informed Guterres about Pakistan’s support to his efforts in addressing the long term financing challenges faced by the developing countries.

The secretary general informed the foreign minister that together with Canada and Jamaica, his office is organizing a high level virtual event focused on Financing for Development (FfD) next week.

He expressed the hope that Pakistan could participate at the level of the prime minister in the event. The foreign minister thanked the UN chief for the invitation.