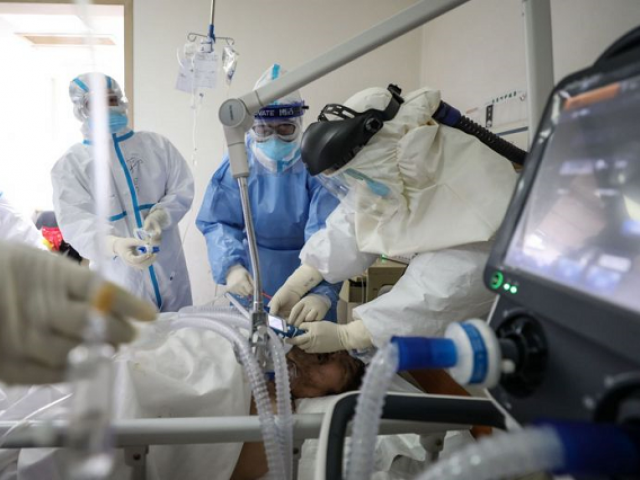 Coronavirus is an invisible enemy armed with lethal killing sting against which the entire humankind has presently no defence and unfortunately no firm hope to find its counter in the immediate future. We are not sure for how long the world will remain in its grip and whether it will reappear with more vigour in subsequent waves. Some fear that its constantly mutilating character may render present research endeavours by the scientists fruitless. In these circumstances, health experts have been recommending isolation and social distancing so that we don’t enter its beaten zone by mixing with its mobile carriers.

The virus has simultaneously assumed alarming proportions by engulfing all continents including over 200 countries. Countries like Iran, Cuba and Venezuela, which are under harsh US sanctions, are doubly affected. The conditions of people in conflict zones like Kashmir, Palestine, Syria, Afghanistan and Yemen are also miserable. It is a ruthless virus which makes no distinction based on age, gender or geography. It is constantly mutating and is therefore very versatile. Chronic patients, elders, young people and even children have suffered and are suffering.

As per recent John Hopkins University research, about 1.2 million children may die because of Covid-19 with its epicentre in the underdeveloped world. It is estimated that roughly 6,000 children may die per day in the Sub-Saharan desert area. It may be recalled that in mid-14th century when the world’s population was only 500 million, 200 million people died due to the Black Death pandemic. Similarly, in 1918, when the Spanish flu started from US/Europe, the Indian Subcontinent became its epicentre, where 20 million people fell prey to the virus in a few months because of slums, poor health conditions and underdeveloped healthcare facilities.

Dr Nabarro, the WHO special envoy for coronavirus, says it is quite possible that humanity may have to live with coronavirus forever. Containment of the spread of the virus by social distancing is therefore the recommended world strategy till its vaccine is developed. This warrants total change in our lifestyle and social behaviour. America’s top disease expert chief Dr Anthony Fauci is, however, hopeful to find its vaccine in the next 12 to 18 months.

Economic pressures have already forced almost all governments the world over to relax the lockdown. However, countries like Pakistan — where the ascending curve of Covid-19 is constantly creating alarm, and the public unfortunately is totally non-compliant — are in a fix. It is likely such countries will face a colossal loss of human lives because governments are being forced to depend on herd immunity.

Pakistan’s federal government was unfortunately paralysed from day one. Confused leadership, wavering stance and total disconnect between the Centre and provinces have been its hallmark. Whereas while keeping in mind the most dangerous and worst hypothesis, which is based on the prolonged disease with no vaccine availability in the foreseeable future, the government must strictly follow the globally recognised strategy of awareness, testing, tracing, quarantine, treatment and simultaneous economic management. I feel that while making full endeavours to arrest the ever-increasing disease trend, we must constantly upgrade our health facilities and be ready for the worst.

All governments are facing difficulties but Pakistan faces unique challenges of weak governance, divided polity, invisible self-righteous central leadership, extremely neglected health facilities and last but not the least, a totally shattered economy with an expected -1.5% growth for the first time in our over 70 years history. The strategy should not be based on either economy or human lives. We have no choice. There is no question of either or or. It has to be both. While simultaneous efforts to boost the economy must continue with vigour, we must not totally break the complete lockdown allowing maximum deaths in an effort to achieve herd immunity.

Some specific recommendations are below:

We need to follow the internationally recognised strategies which include effective awareness campaign, testing, tracing, quarantine and treatment. There is a need to procure large-scale testing kits and undertake massive testing on subsidised rates. District health facilities, both public and private, must be mobilised to trace affected areas and individuals who remain in contact with infected persons and ensure their quarantine. DCs and DPOs must make the best use of elected and non-elected political leaders and workers for the awareness campaign and to reach out to people at the grassroots level suffering from food insecurity.

For economic revival, we must enhance agricultural growth of our cash crops by encouraging and financially assisting the farmers. We need to enhance large-scale manufacturing and provide maximum assistance to export earning industries. Interest rate can be further reduced and price of patrol and diesel cut down further. This will not only reduce electricity bills but also help farmers to run tube wells on reduced cost.

Fifty-eight per cent people work in the service sector, 28% in the agriculture field and 20% in industries. Different SOPs can be evolved for their social distancing. Presently there is neither a clear policy nor desired competence and political will to implement government orders. Crowds in funerals, parties, religious processions and shopping centres speak volumes about the government’s helplessness.

US sleep-walking on the road to socialism?