Sindh does away with Friday lockdown after nearly two months

Sindh does away with Friday lockdown after nearly two months

The Sindh govt had on May 20 allowe­d Jummah­tul Wida, Eid prayer­s to be held in compli­ance with 20-point SOPs
By Our Correspondent
Published: May 22, 2020
Tweet Email 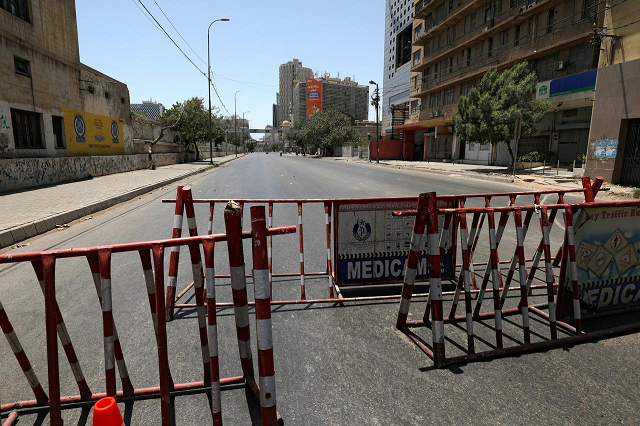 KARACHI: Today marks the first Friday in nearly two months that the Sindh government’s ‘complete’ lockdown – from 1pm to 3pm – will not be observed in the province.

The ease in congregational prayers and trade activities comes in line with the provincial home department’s directives, issued on May 20, regarding allowing Jummahtul Wida and Eidul Fitr prayers to be held in compliance with the 20-point SOPs devised by the Centre.

The decision was announced by Sindh Information Minister Nasir Hussain Shah during a press conference. He was accompanied by Sindh Education Minister Saeed Ghani and Sindh government spokesperson Murtaza Wahab.

Shah explained that the 20-point guidelines for congregational prayers, which were previously announced by the federal government, must be strictly followed during the religious gatherings.

“People should pray for the country so that we can get rid of the coronavirus pandemic soon,” he said.

Speaking on the occasion, Ghani had pointed out that when all trade centres and shopping malls had been reopened in the province, then it was unjust to ban congregational prayers for Eid.

According to the home department’s directives, the locations specified for congregational Eid prayers will be announced in advance. The prayers are to be held in open spaces and may be held in shifts in places which expect large crowds to come.

The department had also issued directives for fool-proof security measures to be chalked out and enforced for Jummatul Wida and Eid prayers.

The Ulema were to be contacted and coordinated with to ensure implementation on the SOPs and security around markets, bus stands, intercity highways and graveyards.

Besides, under Section 144 of Pakistan Penal Code, all provincial commissioners and the Sindh additional chief secretary were also given special authorities in their respective jurisdictions. This was approved earlier by the provincial cabinet.

Keeping in line with the ban on congregational prayers, the Sindh government had in late March decided to impose a complete lockdown in the province to deter crowds from gathering in one place. The decision was taken as a measure to stem the spread of coronavirus.