A crisis that has blunted euro’s global profile

A crisis that has blunted euro’s global profile 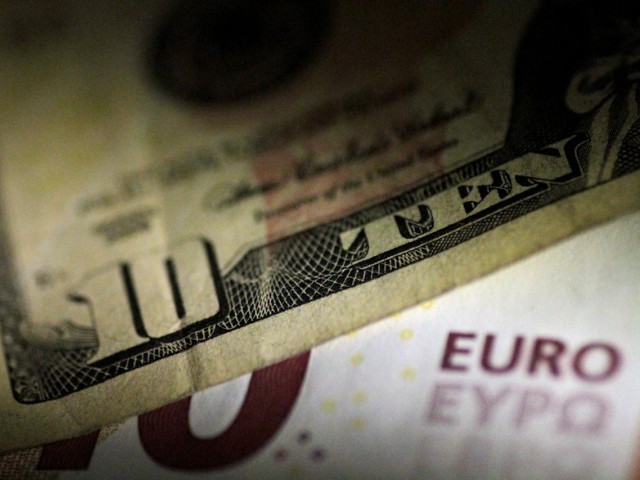 LONDON: The coronavirus crisis may have dealt a lethal blow to the idea that the euro could one day replace the dollar as the world’s preferred currency, by exposing eurozone frailties and cementing the US Fed’s role as the global lender of last resort.

These months have highlighted – and possibly entrenched – the dollar’s dominance of global commerce, investment, borrowing, and central bank reserve savings, not least because of the differing US and European responses to the crisis.

This week’s proposals for a European Union recovery fund financed by jointly issued debt may burnish the euro’s international role if it leads to more cohesion within the bloc.

But economists say that even if the proposal makes it past a late-May EU meeting, squabbling, whether over budget spending or the issuance of corona bonds to aid poorer states, has reignited fears that the euro could even break up. “The crisis has again demonstrated that the euro may not be forever,” said Joachim Fels, Global Economic Adviser at Pimco, the world’s biggest bond manager.

Already in recent years, the euro’s share in global finance has shrunk – International Monetary Fund (IMF) data shows its weight in allocated central bank reserves at around 20%, down from nearly 26% in 2010, though negative European Central Bank interest rates are partly to blame. The dollar, meanwhile, has a 61% share.

The euro has also steadily lost ground in forex trading and currency derivatives and lags the dollar in international borrowing. The latest SWIFT data shows it accounts for 31% of global payments versus over 40% in 2012. The dollar’s share has risen to 44% from 30%.

The world’s dollar dependence was underscored during the March market panic when businesses dashed for greenback liquidity to pay bills, redeem debt, or just increase their buffers.

It was proof that access to dollars is paramount in times of crisis, so “central banks will anticipate that going forward, they will need to hold dollars,” said Brad Setser, senior fellow for international economics at the Council on Foreign Relations.

The rush, which sent the dollar up 8% in 10 days, only eased after the Federal Reserve activated hundreds of billions of dollars in swap lines to central banks to ensure greenbacks continued flowing.