CM Shah says seven doctor­s, five police­men have died in the line of duty in Sindh so far
By Hafeez Tunio
Published: May 21, 2020
Tweet Email 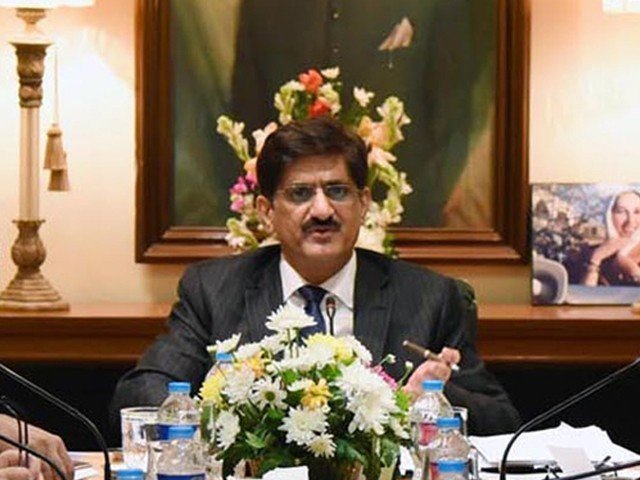 CM Shah says seven doctors, five policemen have died in the line of duty in Sindh so far. PHOTO: FILE

“They have been selflessly fighting the coronavirus to save others’ lives and their services are matchless,” he said, while addressing a press conference.

The CM also announced compensation for the families of frontline workers who had died in the line of duty.

Besides, he said, “I will also compensate the bereaved families of frontline workers who were working in the private sector by making necessary amendments in the law.”

According to details shared by the CM, seven doctors and five policemen have fallen prey to the virus in the province thus far.

Paying tribute to them, the CM revealed that 364 health department officials has contracted the virus, among whom 27 had recovered and seven had succumbed to Covid-19. He further said that of 274 policemen infected with the coronavirus, 59 had recovered.

“Apart from them, 20 Rangers personnel have also been diagnosed with Covid-19,” the CM added, appealing to people to pray for their quick recovery.

Shah further expressed reservations over the resumption of train services across the country, saying that though his government was against the move to restore flight and train services, it was the federal government’s decision.

Keeping in view the easing of restrictions on travel, citing health experts, he raised alarm that the number of coronavirus cases was likely to rise steeply after 14 days.

He urged people to refrain from visiting villages, saying that the spread of the virus was limited in rural areas so far, but if the virus penetrated further into remote areas, it would be difficult to contain it.

“And this is the very reason I am against restoring flight, bus and train operations,” he explained.

In response to a question about allegations that the government has issued incorrect Covid-19 test results in Pir Jo Goth, the CM maintained that there may be an error in one or two cases. “But why would we [deliberately] declare negative results as positive?” he posed a rhetoric question.

He claimed that news of government labs declaring a suspected patient positive and private labs clearing the same individual of the infection was a consequence of “misreporting.”

He appealed to citizen to take Covid-19 seriously and neither be misguided nor misguide others on the matter.

In response to another question, the CM said that it had come to his knowledge that the federal government had managed to recover just Rs3.9 trillion against a target of Rs5.5 trillion.

He further said that Sindh was to receive Rs835 billion on account of federal transfers but given the shortfall, his government now expected to receive Rs602 billion by June 30.

The CM also stated that the province was facing a shortfall of Rs233 billion in funds appropriated under the annual development programme (ADP).

“Now we have decided to curtail our spending on projects under the ADP from Rs228 billion to Rs93 billion during the current financial year,” he said, adding that he intended to order the release of Rs10 billion for 523 schemes.

The Pakistan Medical Association’s (PMA) Sindh chapter has rejected the risk allowance package announced by the Sindh government for healthcare workers, calling it a breach of promise.

PMA Sindh general secretary Dr Pir Manzoor Ali said on Thursday that the Sindh health minister had approved their demand of risk allowance during a meeting, with a summary also sent to the Sindh finance department.

Following authorities reassurances, the joint action committee had ended their protest, he added.

“Under a conspiracy, a government alliance in the PMA Centre along with the Sindh health minister have betrayed the province’s health workers and announced an incomplete and inadequate package,” claimed Dr Ali, adding that this would open a new Pandora’s box of corruption.

He maintained that the risk allowance was the right of all healthcare workers working on the frontline against coronavirus without safety measures. Demanding an announcement for adequate risk allowance, he otherwise warned of protests after Eid, adding that the provincial government and health department would be responsible for these.

“All stakeholders will hold a meeting soon to decide the future course of action,” he said.

He once again emphasised that the PMA Centre had no right to represent the doctors of Sindh, alleging it was busy protecting the interests of a few and had nothing to do with the challenges faced by the doctors.