To conclu­de, India and its proxie­s would burn their hands in the Afghan infern­o if they don’t pay heed to Sita Ram
By Inam Ul Haque
Published: May 21, 2020
Tweet Email 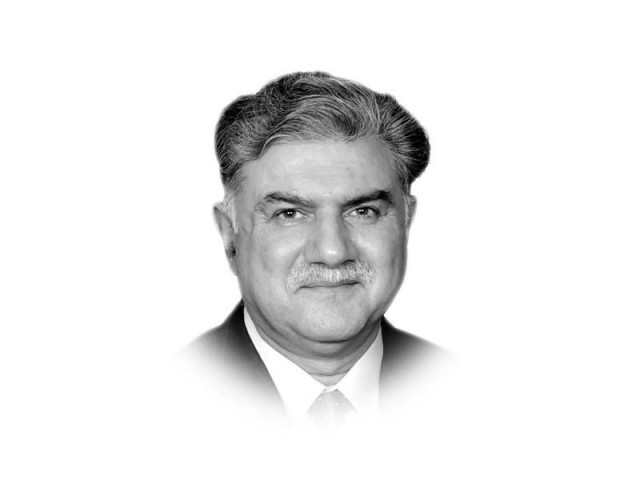 The writer has an interest in International Relations and Political Sociology. He can be reached at tayyarinam@hotmail.com and tweets @20_Inam

In my column, The Prevalence of Indian Intelligence, on May 14, I traced back RAW’s “benevolent patronising” of the Afghan National Directorate of Security, NDS (Riyasat-e Amniyat-e Milli) to 1968, the year of RAW’s inception. The saga continues and India persists fishing in the troubled waters of Afghanistan, always siding with ethnic minorities against the Pashtun majority. India-based terrorists were responsible for the Kabul Sikh Gurdwara attack on March 25, killing 50 including Afghan security personnel. One of the attackers was identified on the Islamic State in Khorasan (ISIK)’s video as Abu Khalid al Hindi.

On May 12, an ISIK suicide bomber, Abdallah al Ansari, attacked the funeral of Shaikh Akram, a local militia commander in Nangarhar. On the same day, Dasht-e-Barchi maternity hospital in Kabul was attacked. The twin attacks cumulatively caused 56 deaths, including newborn babies and women. Nobody took responsibility for the hospital carnage. On May 19, a mosque in Charekar was hit. The Taliban denied and condemned these attacks. They however, took responsibility for the May 14 truck-bombing on military court in Gardez and May 18 suicide attack on NDS in the Ghazni province.

Searching for the “who and why” of the maternity hospital carnage raises important pointers. First, the Taliban don’t get to draw any military mileage from this attack; they do so from the Gardez and Ghazni strikes. Strikes against government targets add military pressure on the Afghan government still dithering on prisoner release. Second, ramping up violence against civilians goes against the “hearts and minds approach” of the Taliban — the future rulers of Afghanistan. Post-peace agreement, the Taliban had announced avoiding attacks in cities, against civilians and US/allied forces. Third, the Taliban would like to be seen as having the ability to follow through the peace agreement from top to bottom in a defined and functional chain of command. Fourth, Dasht-e-Barchi in Kabul is a predominantly Shia neighbourhood, where a suicide attack in 2016 killed over 100 minority Shia Hazara, besides other attacks targeting this community. ISIK took responsibility for the past three anti-Hazara attacks. Fifth, only ISIK can undertake such heartless carnage by systematically shooting mothers in a maternity hospital.

In recent developments, frustrated at India’s manifest negativity, the US nudged India to facilitate the Afghan peace process. The US-India efforts resulted in rapprochement between Ashraf Ghani and Abdullah Abdullah on May 17, winning India some brownie points. However, Taliban chief negotiator, Abbas Stanikzai, blasted India, saying “India has always played a negative role in Afghanistan. India supported traitors in the country.” Such Taliban sentiment was prevalent but rarely expressed.

ISIK, RAW and Afghan government/NDS have unanimously remained opposed to peace with the Taliban, as the troika benefits from discrediting the Taliban, depicting them as violent, and unreliable to firmly handle the evolving situation (guaranteeing non-usage of Afghan soil by foreign groups). These “spoilers to peace” would want to see the peace deal derailed, US troops withdrawal delayed and Ghani’s bankers staying put. However, despite the Western media and their Afghan backers — working overtime to malign the Taliban; factual extrapolation makes the trilateral nexus — NDS, RAW and their tools on the ground, the ISIK — squarely culpable for continuing violence in Afghanistan.

India’s Afghanistan policy, in a zero-sum game, is considered Pakistan-specific and not driven by any ideological or humanitarian concerns, despite showcasing some camouflage projects. Some Indian analysts like former foreign secretary Shyam Saran argue that Indian policy should aim at preventing complete Taliban takeover of Kabul, nudging Taliban towards a broad-based government. He considers steadfast Indian financial assistance and political support to Ghani, or any future political arrangement, even under the Taliban, crucial to displace and replace Pakistan, Saudi Arabia, UAE and even US financially. India sees Pakistan’s acknowledged influence and help in arranging the US-Taliban détente against its interests. It considers re-grouped Taliban as a potential threat in the deadly insurgency in IOK.

Consequently, in its follow-on strategy, India would keep Afghanistan on a simmer, beholden to its interests through proxies like Ghani and use NDS and ISIK as crucial links in furthering its agenda. An internecine Afghan turf war, where ISIK retains some clout, unnecessarily distracts and thus weakens the Taliban. India would also want ISIK as its residual influence in post-US Afghanistan just like the Orbaki militias are propped-up by the CIA.

RAW — thanks to NDS’ and Northern Alliance’s benevolence — has camps on Afghan soil to train ferraris (Baloch tribal dissidents) in terrorist activities. Indian agents have manipulated Pak-Afghan tribal elders and Afghans with dual nationalities to help recruit pliant individuals from Jalalabad and Waziristan agencies as potential terrorists. RAW has funded the Northern Alliance to win Afghan elections; besides funding the erstwhile Pashtunistan Movement and Baloch insurgency; and more recently PTM. A 2008 US report cites RAW for covert support to jihadi elements against Nato forces and Pakistan and, more importantly, by feeding “tailored intelligence” to the US.

NDS — successor to erstwhile KhAD (1996–2001) — was founded in 2002 as Afghanistan’s primary domestic and foreign intelligence agency, as part of the Afghan National Security Forces (ANSF), reporting directly to Afghan president. RAW-NDS nexus is historic, with NDS mostly mirroring RAW positions. When Pakistan moved to designate four Indian nationals, arrested in Afghanistan, as global terrorists for terror activities in Balochistan and Peshawar, all four were extradited to India under the 2016 Extradition Treaty, thanks to NDS facilitation. NDS had been feeding RAW on Sikh militants and Kashmiri groups in the Afghanistan-Pakistan tribal belt. Its assistance, through human intelligence, helped India to zero in on targets in Balakot in 2019, subsequently facilitating India’s technical intelligence agency, National Technical Research Organisation (NTRO).

NDS’ weakness in trained manpower and analysis, its limited intelligence gathering (especially from remote areas), and access to advanced technology make it reliant on RAW and CIA. Its lacklustre intelligence cooperation with Afghanistan’s National Security Agency (NSA), ministries of defence and interior is also manipulated by RAW and others. NDS is also vulnerable to penetrations by US, NATO, India and other donors. This January, Afghanistan’s National Security Advisor Hamdullah Mohib, during a visit to New Delhi, privately lobbied for Indian peacekeepers in Afghanistan after the US pullout. Although the idea had no Indian takers, he remained proverbially loyal to the king.

Last October in “Why is the Islamic State in Afghanistan?”, I argued that ISIK has remained an enigma in the US policy framework. ISIK in Nangarhar and Kunar provinces was decimated by the Taliban in mid-March 2019, therefore, its quick recovery and re-grouping raises justified suspicions. Ironically, multilateral and multi-tiered hedging is a norm in the intelligence world.

To conclude, India and its proxies would burn their hands in the Afghan inferno if they don’t pay heed to Sita Ram, the chronicler of the annihilation of the imperial British garrison — mostly Indian troops and camp followers — during that fateful winter in 1842, while retreating from Kabul. He recorded, Afghan tribesmen shot at and left British forces “as helpless as a handcuffed prisoner” in the crimson snow.