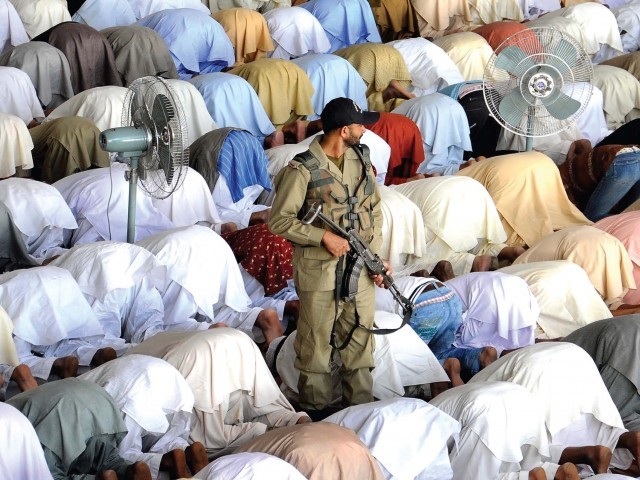 Addressing a press conference on Wednesday alongside Sindh Education Minister Saeed Ghani and Sindh government spokesperson Murtaza Wahab, Shah explained that the 20-point guidelines for congregational prayers, which were previously announced by the federal government, must be strictly followed during the religious gatherings.

“People should pray for the country so that we can get rid of the coronavirus pandemic soon,” he said.

Speaking on the occasion, Ghani pointed out that when all trade centres and shopping malls had been reopened in the province, then it was unjust to ban congregational prayers for Eid.

“The more careful we are, the better for us and our loved ones,” added the provincial minister.

The provincial minister further said that the Sindh government had no intention of removing Karachi mayor Wasim Akhtar from his post. “We believe in democracy and [in fact] we are concerned about the Islamabad mayor’s suspension. Whoever has the mandate must be allowed to complete his term.”