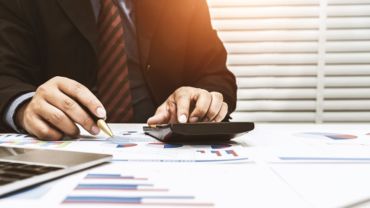 KARACHI: In a first, the government on Tuesday raised Shariah-compliant debt worth close to Rs200 billion at a comparatively lower rate of return of six-month Kibor minus 10 basis points through competitive bidding at the Pakistan Stock Exchange (PSX), according to official sources.

In a couple of days, the government will provide the raised financing to energy firms – like Pakistan State Oil (PSO), Sui Southern Gas Company (SSGC), Sui Northern Gas Pipelines (SNGPL) and independent power producers – which are facing a shortage of working capital due to a massive circular debt, which has piled up to Rs2 trillion over the years.

This is for the first time in history that the government has used the PSX platform to raise funds. It helped the government acquire financing at a comparatively lower rate of return as a significantly higher number of financial institutions and rich individual investors participated in the bidding. The rate of return is 90 basis points lower than the return on debt, which the government last year raised directly from seven to eight Islamic banks in a bid to reduce the circular debt.

The government will pay the profit on fresh debt to lenders at Karachi Inter-bank Offered Rate (Kibor) minus 10 basis points twice a year. The debt has been raised for 10 years.

“The lower rate of return will save the government around Rs17.6 billion in profit payment over 10 years,” an official told The Express Tribune.

Power Holding Limited (PHL), a public sector entity owned by the Ministry of Energy, auctioned the government-guaranteed Shariah-compliant debt security named Pakistan Energy Sukuk-II (PES-II) and raised a total of Rs199.96 billion under the book-building process at the PSX. PES-II was oversubscribed by 70% as investors submitted bids worth Rs339 billion against the targeted amount of Rs200 billion.

A total of 334 corporate entities, including 190 non-banking entities, participated in the two-day (May 18-19) auction. The non-banking entities placed bids for Rs38 billion, it was learned. Earlier, the government twice invited bids directly from Islamic banks and Shariah-compliant financial institutions for PES-II since July 2019 but canceled both of them, considering that a limited number of investors participated in the process, which needed to be made more transparent.

The government floated the first Pakistan Energy Sukuk (PES-I) worth Rs200 billion at a rate of return of six-month Kibor plus 80 basis points for 10 years in March 2019. Some seven to eight Islamic banks and Shariah-compliant financial institutions provided the financing. A banker, who was involved in the process, said PHL would sign documents with lenders on Wednesday and successful bidders would provide financing to the holding company the same day.

The government may provide the funds on the same or next day (Thursday) to the energy firms. PES-II would be listed at the PSX on Thursday and its units would be available for trade by investors through the stock market’s online trading platform, the banker said.

Anyone, including foreign investors, may buy and sell the units, the PSX said in a statement. “The acquisition of fresh debt will save the government billions of rupees as it has been paying, or has agreed to pay, interest on the circular debt at a rate of Kibor plus 3-4% per month,” the banker added.

Securities and Exchange Commission of Pakistan (SECP) Chairman Aamir Khan said: “the overwhelming response to the PHL Sukuk at such a fine spread is a quantum leap for the development of debt capital market, which would not have been possible without the visionary and decisive action of the Finance Division.”

“This would prove to be the first of many more public sector debt issues to be routed through the capital market, by adopting a transparent process,” he added.

The circular debt has continued to swell despite the government’s claims of controlling it and raising power tariff multiple times to collect more from the consumers paying their electricity bills regularly.

PSX MD Farrukh H Khan said in the statement “this Sukuk issue, for the first time undertaken through book-building in Pakistan, is a watershed moment for the development of debt market in the country.”

The book-building process has helped PHL to discover the best possible price through the standardised methodology in line with international best practices. “This will increase the investor base, liquidity, and secondary market trading of the Sukuk, enabling the government to borrow at the most competitive rates,” he said.

PES-II is 100% SLR eligible, meaning banks may use it to meet SLR limits under the banking rules governed by the State Bank of Pakistan (SBP).

Pakistan to seek $2b in new loans