The emergi­ng image is that groups other than the Taliba­n are in the majori­ty
By Syed Akhtar Ali Shah
Published: May 20, 2020
Tweet Email 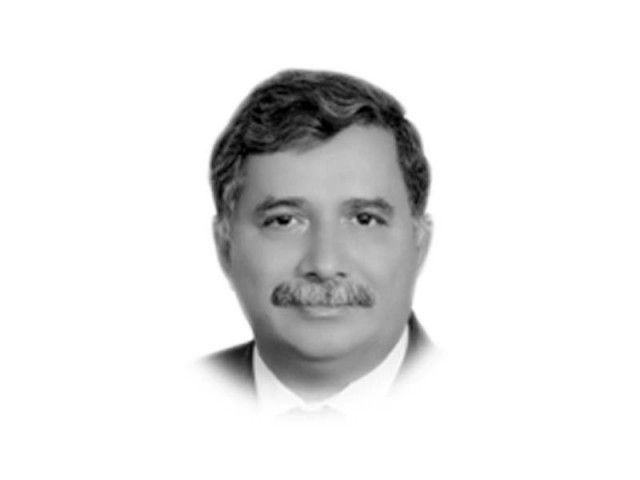 The writer is a former secretary to Government, Home and Tribal Affairs Department and a retired IG. He holds a PhD in Political Science and currently heads a think tank ‘Good Governance Forum’. He can be reached at aashah7@yahoo.com

Afghanistan has remained in the eye of the storm for the last 19 years, due to a persistent brutal war which has provided an opportunity for external players to meddle in its affairs. The Doha Agreement signed between the United States and the Taliban further brought the country into focus, and it was considered that the agreement would pave the way for peace with the hope of ending the conflict. However, many doubted the efficacy of the agreement and opined that ultimate peace hinged upon the success of intra-Afghan dialogue.

As the intra-Afghan dialogue, which was due to start on the March 10 derailed, hopes towards peace dampened because of a row over the swapping of prisoners between the Afghan government and the Taliban. The Afghan government insisted that the Taliban must provide guarantees that the released prisoners would not be engaged in violence afresh — a condition that the latter refused to accept. The condition of no violence appeared rational as the whole exercise was to achieve the goal of peace. No person even of ordinary prudence or government will release such a person knowing well that his rival in war would attack again. However, hopes rekindled when both sides released a few hundred of each other’s prisoners as goodwill gestures.

Another snag appeared when the Taliban refused to hold talks with the 21-member negotiating team announced by Ashraf Ghani. Amidst taunts of not fully representing all segments of society, the Taliban also gave their own interpretation to the clause of intra-Afghan dialogue. In the meanwhile, the Taliban, known for using both conventional and unconventional methods, further accelerated violence in the shape of armed attacks on security forces and suicide and IED blasts. Since the inking of the agreement, over 4,500 attacks have been launched by the Taliban who audaciously spurned the offer of a ceasefire even during the month of Ramazan. The Taliban’s refusal to disassociate from violence rightly gives the Afghan government ground to keep the prisoners in their custody, particularly the 15 most wanted commanders.

At the outset, President Ashraf Ghani might have appeared to be relatively weak; however, his decision to appoint Hanif Ullah Atmar amongst others has made his position stronger. His position was further strengthened with the pronounced support of the US and the European Union to the negotiating team of the Afghan government. Emanating reports suggest that the lead role has now been given to the EU to further the talks in the direction of peace.

The other significant development is that Hamid Karzai, Syed Rasul Siyaff, Atta Muhammad Noor, Karimi and Abdullah Abdullah are now on the same page lending support to the negotiating stance of the government. Abdullah will lead the negotiation team constituted for the intra-Afghan talks and may also get a major pie in the power cake. The reconciliation among the political forces has certainly not only enhanced the bargaining position of Ghani with the Taliban but might also have jacked up his morale. Pakistan also asked all the parties to avoid violence which is considered necessary for peace with an assurance to continue support for a peaceful, stable, united, democratic and prosperous Afghanistan, at peace with itself and its neighbours. The challenges of Covid-19 in the month of fasting also underscored the need for creating an enabling environment. The new situation now leaves no moral grounds for the Taliban to avoid the intra-Afghan Talks on one pretext or the other.

Scott Miller, the US Military General, warned that there would be repercussions in the event violence was to continue. However, the Taliban paid no heed to it, terming it to be a provocative statement. Despite cautions and veiled threats of all the main stakeholders, the Taliban seemed to have given two hoots and there is still no end to violence. The brutality recently carried out at the maternity centre in Kabul massacring and maiming even new-born babies was a heart wrenching incident, followed by a suicide attack on a funeral in Nangarhar. The only parallel might have been the barbarism of Genghis Khan’s army, not sparing even a child in a mother’s womb. Although the Taliban have denied their involvement in these incidents, others are not ready to accept it. They consider that the perpetrators and executors of all such acts are the offspring of the same ideology. Any action of peace must be proven through action and not mere rhetoric.

There is no doubt that the recent horrific incidents of violence have jeopardised the peace process. However, on the political side all the developments indicate that there are two parties to the intra-Afghan talks — the political groups under the umbrella of the Afghan government and the Taliban. The Afghan government is no longer a divided house but offers a unified front on main political issues and the future political setup of Afghanistan. It now depends on the Taliban as to which course they want to adopt.

The emerging image is that groups other than the Taliban are in the majority. This necessitates that each group is to become more accommodating to the other. If the Taliban are interested in a peaceful solution, they must realise that they are not the sole representatives of Afghanistan. If this realisation is not made, the world will construe that the Taliban are adamant that they will take over Kabul through the power of the barrel and install their very own centralised Islamic Emirate. If this stance continues to persist then the US, the EU, Kabul and regional governments must be prepared to implement a Plan B.