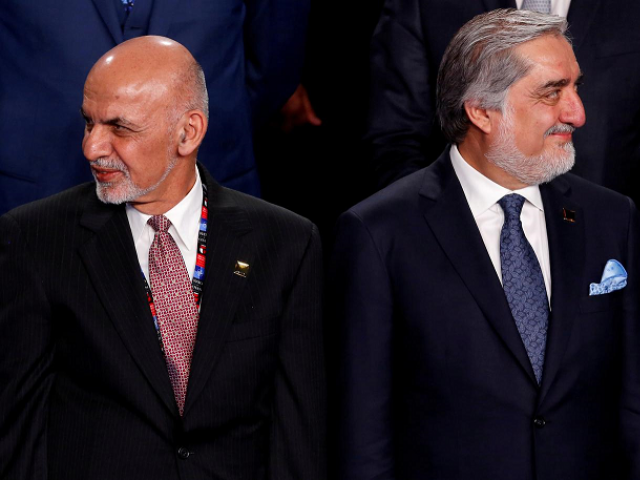 ISLAMABAD  : Pakistan, China, Iran and Russia on Tuesday urged all sides in Afghanistan to declare a “comprehensive ceasefire throughout the war-torn country” as they welcomed the recent power-sharing agreement between President Ashraf Ghani and Dr Abdullah Abdullah.

The special representatives of these four countries held a virtual conference to discuss the current situation in Afghanistan and ongoing efforts seeking an end to the lingering unrest in the country.

Their meeting came against the backdrop of recent power-sharing deal in Afghanistan, ending the months-long deadlock between Ghani and Abdullah and also the recent spike in violence particularly the horrific terrorist attack targetting a maternity hospital in Kabul.

The statement said the quartet supported the initiative of the UN Secretary General António Guterres for a universal ceasefire and called for a simultaneous declaration of a comprehensive ceasefire throughout Afghanistan as agreed among parties to the conflict.

Concerned with the serious terrorism threat existing in Afghanistan, they urged all sides in Afghanistan to take decisive action against al Qaeda, ISIL, ETIM, TTP and other international terrorist organisations operating against regional countries, and to completely eradicate the production and trafficking of narcotics in the country.

Pakistan, China, Russia and Iran have shared common views on Afghanistan particularly the threat posed by groups such as Da’ish to these respective countries.

Importantly, these four countries have maintained contacts with the Afghan Taliban as they view the insurgent group to stop the rise of Da’ish in Afghanistan and beyond.

It was because of this reason these countries favoured a peace deal between the Taliban and the US, allowing orderly withdrawal of foreign forces from the region.

“Pay close attention to the follow-up developments resulting in exit of foreign troops from Afghanistan, call on foreign troops to withdraw in an orderly and responsible way so that the situation in Afghanistan will experience a steady transition,” the joint statement read.

The joint statement reiterated their respect for the sovereignty, independence and territorial integrity of Afghanistan, and the decision of its people on their future and development path.

They welcomed the agreement between two main political leaders and hoped that this important event will expedite the start of Intra-Afghan negotiations.

They also supported the “Afghan-led, Afghan-owned” peace and reconciliation process, believed that the inclusive Intra-Afghan negotiations are the only way to realise the Afghan national reconciliation, leading to prompt end of the prolonged conflict.

The joint statement called on all Afghan ethnic groups and parties, including the Taliban to act upon the opportunities preparing the situation to launch the Intra-Afghan negotiations as soon as possible.

They supported the release of prisoners and detainees held by all parties to the conflict in Afghanistan, a key phase of the peace process leading to the intra-Afghan dialogue.

Reaffirm their support to Afghanistan to overcome the effects of the Covid-19 pandemic, they welcomed the international community to continue providing humanitarian assistance to Afghanistan.

The joint statement agreed to maintain the contact on the Afghanistan issue, and work together to advance the Afghan peace reconciliation and reconstruction process.