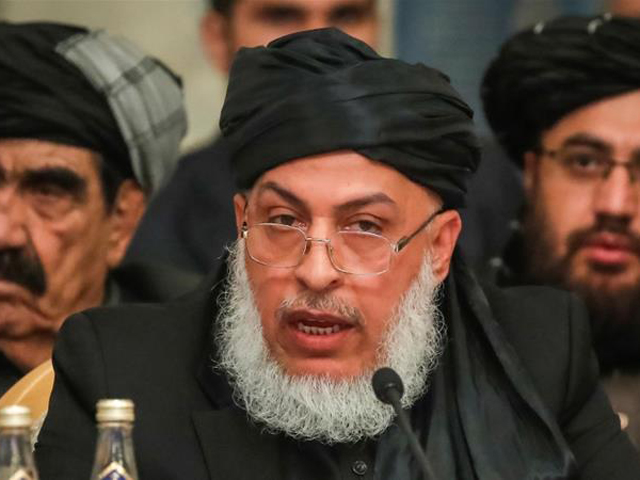 “India has always played a negative role in Afghanistan. India supported traitors in the country,” Stanikzai said in an interview today, according to Hashim Wahdatyar, former director at Institute of Current World Affairs.

"#India has always played a negative role in #Afghanistan. India supported traitors in the country." pic.twitter.com/y36lHxPLZM

Washington-based Wahdatyar didn’t share details of the interview, which has already ruffled feathers in India as its jingoistic media has started agitating the statement.

India has repeatedly been accused of using the Afghan soil to destabilise its arch nemesis Pakistan. And it has been investing massively in minority ethnic groups against the ethnic Pashtun majority in Afghanistan due to their Pakistan-leaning.

US wants India to shun role of Afghan peace spoiler

While retweeting Wahdatyar’s statement, Pakistan’s sci-tech minister Fawad Chaudhry said India’s involvement was a serious threat to peace in Afghanistan. He also asked New Delhi to “stay out” of Afghanistan and let peace prevail in the war-ravaged country.

Indian involvement in #Afghanistan is a serious threat to #PeaceinAfghanistan , Mr Doval is habitual to pock nose in issues where otherwise India must stay out, Afghanistan is not Your business stay out of it n let peace be the destiny of prople of Afghanistan. https://t.co/idqNSLR6cc

A recent upsurge in violence in Afghanistan threatens the historic peace agreement between the Taliban and the United States in the Qatari capital of Doha.

India has always sided with the ethnic minorities against the Pashtun majority in Afghanistan since the civil war following the Soviet withdrawal from the strife-torn country.

US Special Representative for Afghanistan Zalmay Khalilzad, during a recent India tour, said in an interview with The Hindu newspaper that it would be "appropriate" for an India-Taliban engagement.

Asked if he was open to an Indian dialogue with the Taliban, Pakistan's Ambassador to the United States Asad Khan said: "If India feels that their engagement is going to help the peace process, then we would defer to their judgment. But it's not for us to sit in judgment on what they should do or they shouldn't do."

However, Khan said he would hopefully be speaking with Khalilzad soon and did not go by Indian media accounts, which he said in many cases are "fanciful" and give their own interpretations.

Officials and diplomatic sources say one of the reasons the US has reached out to India is because it fears New Delhi is creating impediments in the way of intra-Afghan talks. They believe India was behind President Ashraf Ghani’s reluctance to abide by the peace deal including the prisoners swap agreed in the US-Taliban deal.

The delay in the prisoner exchange, which is crucial to the success of the Doha peace deal, has put on hold the start of critical intra-Afghan talks, which were originally scheduled for March 10. But the Ghani administration’s reluctance to free 5,000 Taliban prisoners has put the process in jeopardy.

India, Afghan govt could be behind gurdwara attack: analysts

It is believed that Khalilzad travelled to New Delhi with a brief, urging India not to create hurdles in the Afghan peace efforts.

India is the principal backer of Ghani after his controversial victory in the presidential elections. India feels that the peace deal in Afghanistan will erode its influence while Ghani also fears his political demise if the US-Taliban agreement succeeds.

This, according to observers, brought India and Ghani on the same page in opposing the deal with Taliban. But the Trump administration is keen to see this deal succeeding and hence is willing to make all out efforts.

Tatvavetta | 10 months ago | Reply No. problems are solved by arms and violence and majority and minoroties should have equal rights.Democratic government will be good for all.
Replying to X
Saved ! Your comment will be displayed after the approval.
Error !
Error! Invalid Email.