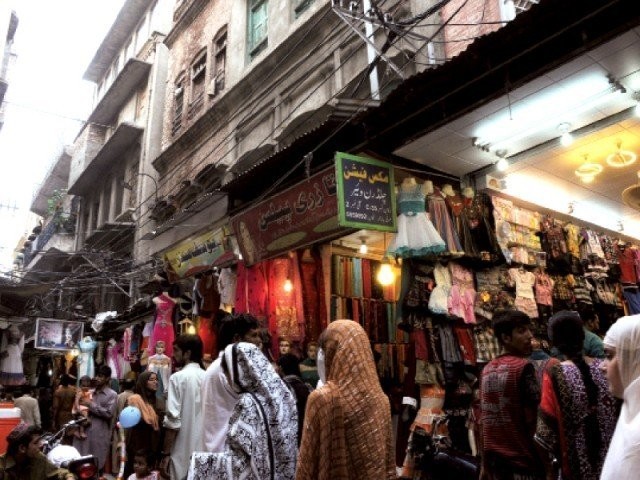 LAHORE: The Punjab government’s policy about allowing business in markets, where retailers are allowed to operate while large shopping malls are barred from opening, has left the consumers confused.

Uncertainty prevails as the government downplays social distancing measures by permitting retail shops to operate in congested bazaars during Ramazan, where mutual distancing is hardly observed, while keeping the large shopping malls closed.

There were three types of markets in the province. Two of them, large and congested markets, are open to the public, while the malls have been ordered to remain closed.

SOPs cast away as shops reopen in Karachi

The elite and middle class citizens used to regularly visit the markets after Iftar but this year the situation was different as bottlenecks were caused due to the standard operating procedure (SOP) guidelines and Covid-19-related self-quarantine, as traders opened their shops during the government-imposed timings of 9am to 5pm.

The traders working in markets on the main roads seemed dissatisfied, while those who were operating in congested bazaars were reportedly content with the timings announced by the government.

Traders told The Express Tribune that the upscale markets including Liberty, Fortress Stadium and Link Road used to open between 11am to 12pm in the past.

Some markets open ahead of notification in Rawalpindi

The shops are now closed by 5pm. Shopkeepers in the congested bazaars open their shops at 9am and close them at 5pm. The businesses in congested bazaars run for more hours as compared to the extensive markets where SOPs of social distancing can easily be implemented.

The traders of congested bazaars seemed happy over the business timing as customers from the middle class and the lower class segments of the society shop there and they have a habit of doing shopping in the morning hours. Some markets like the Ismael Bazaar and Kahna Bazaar would be crowded in the early hours of the day.

The traders operating in main markets are demanding that the government increase their working hours so that they can run their businesses smoothly.

Do we really need to run to the markets for Eid shopping, asks Sanam Saeed

Sources added that, during the ongoing lockdown, it was observed that customers in most city bazaars seemed reluctant to visit the markets with children and elderly citizens, owing to reports regarding the Covid-19 targeting people of specific age groups.

The government’s SOPs, issued to contain the spread of coronavirus, have also affected the tradition of annual shopping during Ramazan, in preparation for Eidul Fitr, in various bazaars and markets.