US wants India to shun role of Afghan peace spoiler 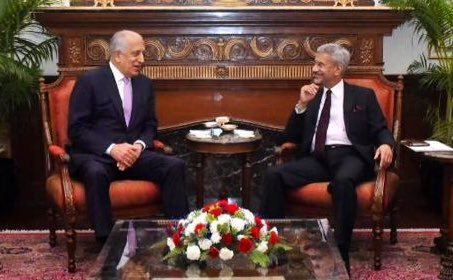 At a time when official and private businesses are conducted virtually across the globe because of the Covid-19 threat, yet the US chief diplomat for Afghan peace recently toured New Delhi, Doha and Islamabad to engage directly with officials in the respective capitals.

The agenda was to review the ongoing efforts seeking a political end to the United States' longest war. Zalmay Khalilzad, the US Special Representative for Afghan Reconciliation, frequently travels to this part of the world and undertook countless trips to Islamabad and Kabul.

But he included New Delhi in his itinerary only in recent months, raising questions that what prompted the US to reach out to India when it played little or no role in the Afghan peace process.

While other regional players, including China, Russia and Iran, remained part of Afghan peace efforts one way or the other, India was nowhere to be seen. Primarily because Pakistan always objected to India's role.

In fact, Pakistan views India as a spoiler, a view tacitly endorsed by the US when Washington kept New Delhi at bay while it was negotiating a peace deal with the Taliban. But Khalilzad in his recent visit to New Delhi wanted India to play a role and even suggested India to speak directly to the Afghan Taliban.

Officials and diplomatic sources say one of the reasons the US has reached out to India is because it fears that New Delhi is creating impediments in the way of intra-Afghan talks. These sources believe India was behind President Ashraf Ghani's reluctance to abide by the peace deal including the prisoners swap agreed in the US-Taliban deal.

The delay in the prisoner exchange has put on hold the start of critical intra-Afghan talks, which were originally scheduled for March 10. But the Ghani administration's reluctance to free 5,000 Taliban prisoners has put the process in jeopardy.

It is believed that Khalilzad travelled to New Delhi with a brief, urging India not to create hurdles in the Afghan peace efforts.

India is the principal backer of Ghani after his controversial victory in the presidential elections. India feels that the peace deal in Afghanistan will erode its influence while Ghani also fears his political demise if the US-Taliban agreement succeeds.

This, according to observers, brought India and Ghani on the same page in opposing the deal with Taliban. But the Trump administration is keen to see this deal succeeding and hence is willing to make all out efforts.

Pakistan, nevertheless, is not happy with the US outreach to India on Afghanistan. A senior official, while speaking on the condition of anonymity, here said that Pakistan felt this was not the time for talking about Indian role but it was time to focus on the issue in hand.

“At the moment what is important how to proceed ahead with the Afghan peace process. The role of India is a secondary issue,” added the official, indicating that Pakistan and the US were not on the same page on the issue. But the official made it clear that Pakistan was not concerned over the engagement between the US and India on Afghanistan.

Islamabad has long viewed Indian role in Afghanistan with suspicion and often accused New Delhi of using the neighbouring country to create trouble in Pakistan. Officials here say that continued instability in Afghanistan serves the purpose of India and that is why it is using the Ghani administration to create obstacles in the way of peace process.