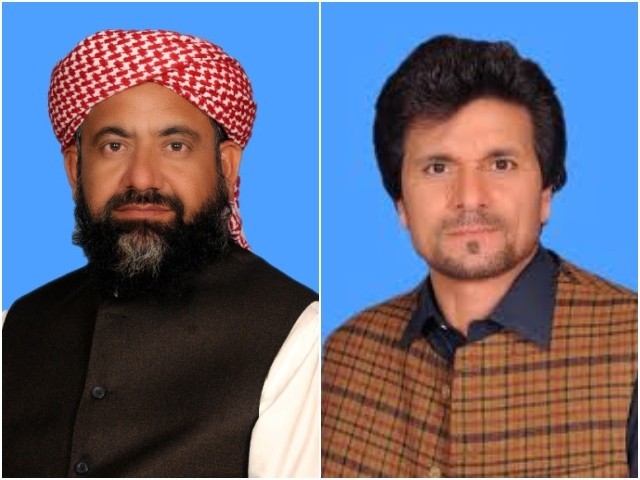 ISLAMABAD  : Two members of the National Assembly tested positive for Covid-19 on Sunday, just a day before lawmakers are scheduled to attend a session of the lower house of parliament for a debate on the government’s response to pandemic and the future course of action.

MNAs Syed Mehmood Shah from Mastung and PTI’s Gul Zafar Khan from Bajaur have contracted the infection. Apart from the two MNAs, a chamber attendant of the parliament lodges has also tested positive, forcing the authorities to test all legislators and employees present there.

A special team of the National Institute of Health had collected swab samples on May 8.

With the two lawmakers testing positive and NA Speaker Asad Qaiser already diagnosed with the disease, Senate Deputy Chairman Saleem Mandviwalla has called for putting off the Senate and National Assembly sessions.

“Reports of MNAs and staff testing positive for the virus are worrisome. There is a possibility that more people may test positive for the virus,” he said in statement. “Considering the situation, convening the sessions of the two houses of parliament could have dangerous consequences,” he warned.

Senate Chairman Sadiq Sanjrani has summoned a session of the upper house of parliament on May 12 on the requisition of the opposition.

The special flight schedule has been issued in the wake of the suspension of regular domestic flight operations in the country.

Only parliamentarians will board the plane and measures will be taken to maintain social distancing.

During the NA session scheduled to take place on Monday (today), Adviser to the PM on Parliamentary Affairs Dr Babar Awan will move a motion requesting that the “house may discuss the situation arising out of the current pandemic Covid-19”.

However, other issues might also be discussed as according to NA agenda, PML-N members including Khawaja Asif, Shahid Khaqan Abbasi and Rana Sanaullah will draw the attention of the Ministry of Energy (Petroleum Division) to the non-provision of sufficient relief to the public despite an extraordinary decline in global oil prices.

Apart from the oil prices, it is expected that the legislatures would engage in a debate on the National Accountability Bureau (NAB) law and the 18th Constitutional Amendment that have recently been discussed at different forums and generated rumours and speculations in the political arena.

Other topics that might generate a heated debate in the house include the findings of an inquiry commission on the recent sugar and wheat crises.

He said in a video message that he had isolated himself and was taking safety measures.

Mazari added that he was not experiencing any symptoms. The deputy speaker said he had tested negative on April 28 but the result came back positive now.