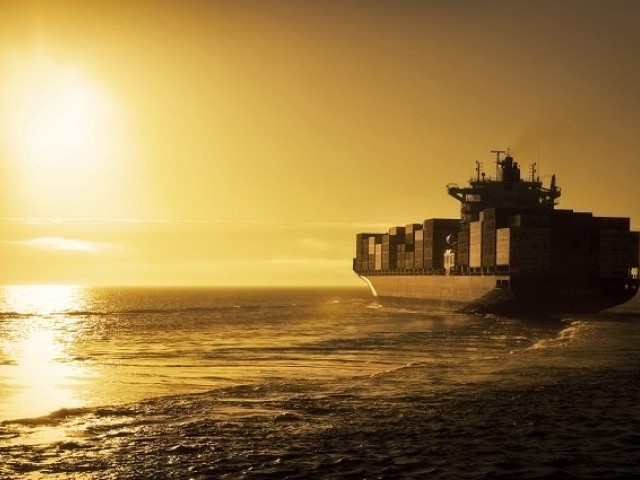 KARACHI: The Covid-19 will likely alter global trading patterns in the long term. Major economies constituting the core of the global trading system have been adversely impacted such that their import demand is likely to be severely inhibited for several quarters.

The World Trade Organisation (WTO), in its recently released statement, expects world trade to plunge between 13% and 32% in 2020. This will be an unprecedented fall since the end of World War II. A recovery is expected in 2021 as countries kick-start their economies.

WTO further predicts that the hardest-hit economies will be the developed regions and Asia. Value chains that involve trade in intermediate goods such as parts and accessories across borders are likely to be deeply impacted.

It is expected that the industries involving complex chains will be the most severely impacted.

Comparatively, the intensity of decline in trade in 2009 following the financial crisis of 2008 was not only lower but the recovery was much faster than that expected from the Covid-19 shock. Richard Baldwin, in a recent column published in VOX (CEPR Policy Portal), compares the Covid concussion to the Great Trade Collapse of 2008-09.

The Covid-19 crisis involves both supply-side and demand-side shocks as governments across the world are keeping workers away from work. The virus has a contagion effect across large global manufacturing hubs and subsequently on other countries that have been relatively insulated from the virus itself.

Producers involved in global supply chains even in the least-impacted countries may find it difficult to acquire inputs from other producers. Therefore, the trade collapse that impacted “Factory Asia” earlier this year is likely to impact all economies as supply chains across several industries are disrupted.

Although Pakistan has relatively low levels of trade openness, its exports are mostly low-value consumer goods such as textile and leather manufactures. As such products do not constitute essential goods, it is expected that their demand may continue to decrease in major export destinations hardest hit by the virus.

Data published by Pakistan Bureau of Statistics (PBS) indicates a sharp fall in exports and imports in March 2020. Exports declined 15.25% and imports dropped 20.76% over the value reported in February 2020. The year-on-year decline in exports was 8.11% and in imports was 19.44%.

On the other hand, exports increased slightly in the first nine months of FY20, while imports declined 14.4%.

In essence, the Covid-19 may have accelerated the already declining trend in imports, but the shock on exports is likely to be costly for Pakistan as it had only recently reversed a decreasing trend and reported positive growth in overseas shipments.

Considering the disaggregated data, a decline in export value was reported for almost all major groups exported by Pakistan in March 2020 compared to the values reported in February 2020 as well as March 2019.

However, it is pertinent to mention that certain major products such as leather manufactures and surgical goods and instruments continued to post relatively higher levels of export growth. On the other hand, the export of pharmaceutical products decreased whereas exports of other chemicals increased.

Pakistan is an important exporter of industrial alcohol (ethyl alcohol), which is often used as an input to produce cleaning products and detergents. However, export restrictions may further reduce exports.

On the other hand, the most significant plunge in import value was reported for fuel products. The value reported in March 2020 was 39% lower month-on-month and 33% lower year-on-year.

Imports of the petroleum group in the first nine months of FY20 were 16% less than the imports in the same time period of previous fiscal year.

Interestingly, the share of petroleum products rather than petroleum crude has increased in total imports of the petroleum group in recent months.

As imports have continued to decline more than exports, even in absolute terms, it is likely that the impact on the balance of trade will be somewhat favourable. However, the reversal in exports is now a major cause for concern for the policymakers.

A recent publication by the author, in “IBA’s Short Notes on the Economy During the Covid-19 Crisis”, highlights the pre-crisis high tariff rates imposed by Pakistan on several medical products that may have influenced the rate at which health facilities and medical equipment could be expanded as well as upgraded prior to the crisis.

For instance, Pakistan imposes high tariffs on the import of critical testing kits. Although temporary relief has been provided, a trade policy to boost capabilities of the health sector is essential.

The Duke Global Value Chain Centre published a report in January 2019, highlighting the prominence of SMEs in the medical products such as surgical items in Pakistan.

Although several of them have been able to export a diverse range of products and operate efficiently at low cost, the lack of international certifications and quality concerns often hamper their export potential.

In essence, the trade disruption, expected as a result of the global slowdown, is likely to be unprecedented in recent history, with several experts predicting the impact to be larger than the trade collapse experienced almost a decade ago.

Pakistan has already reported significant shocks to its trade patterns. With the duration and the intensity of the shock unknown, the alleviation of its impact is extremely challenging.