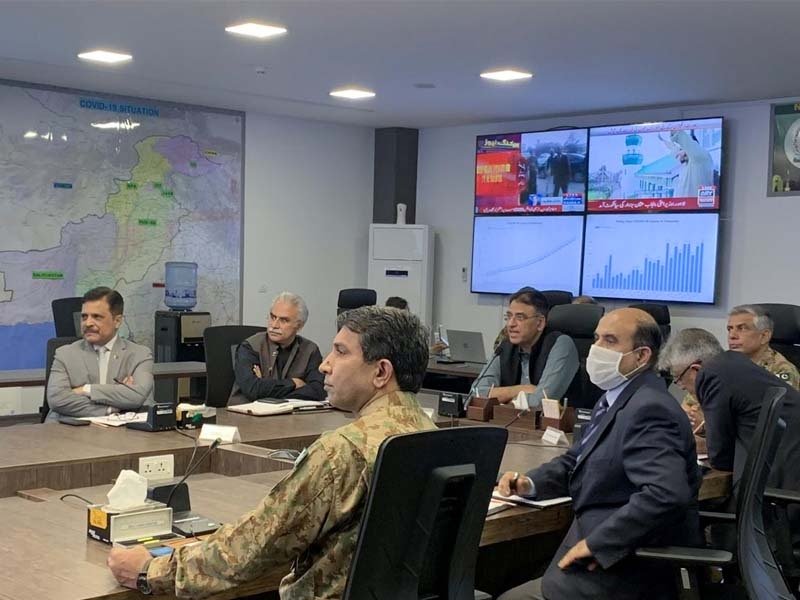 KARACHI: It is ingrained in our DNA since the Stone Age that we run away from all the trouble and hide ourselves in caves when we face any existential threat.

Therefore, our response to the coronavirus pandemic was natural and logical to lock ourselves inside. However, with the deteriorating global outlook, the pressure is mounting across the globe to ease the restriction slowly to allow some breathing space for suffocating economies.

Although corona is a health crisis directly affecting humanity, the economic realities are slowly taking the front seat even in capitals of world powers.

The idea that policymakers adopted from developed countries with the objective of “flattening the curve” had fallen flat due to many practical implications. Also, the lockdown time was supposed to provide some breathing space to build the capacity and establish a contact-tracing mechanism and not to create mistrust between the federal government and Sindh.

Initially, the lower number of cases in Pakistan made the government complacent and created false hope. But the real picture quickly emerged as the testing was ramped up and looking at the number now it seems that the country has not reached the plateau.

Even with the increased level of testing, Pakistan still ranks 136th in the number of tests per million of the population. Also, the sharp increase in the fatality rate is a clear sign that Pakistan’s already dilapidated healthcare infrastructure has started crumbling.

This was even warned by various healthcare professionals in many press conferences across the country.

At such a critical juncture, it seems that the Pakistan Tehreek-e-Insaf (PTI) government has run out of options and decided to give in to the economic realities of the country.

Government officials did not provide data-based evidence such as the basic reproduction number to demonstrate if the pandemic is getting under control to take the next step.

In the meanwhile, the idea of economic revival with a smart lockdown and the initiative of Sindh government to start an online business out of thin air failed to materialise.

The obvious reason is the nature of Pakistan’s economy, which is very labour-intensive and manual, as highlighted in a previous article “Preparing to navigate through the age of disruption”.

Moving forward, the main challenge will remain the enforcement of standard operating procedures (SOPs) in the world’s sixth most populous country.

The risk of a sudden rise in local transmission rate cannot be ruled out as people will rush out in search of livelihood post-lockdown and later travel across the country.

Therefore, the deployment of a robust mechanism for contact-tracing should be the most critical part of the strategy before making the next critical decision such as to open mass transportation across cities.

Here, the deployment of the technology could help turn the corner fast. In fact, South Korea is one of the first countries in the world who overcame the pandemic with the extensive use of mobile phone technology.

The location data from any mobile device can be used to monitor whether people, either individually or in aggregate, are violating any SOPs. It can also be used for contact-tracing and determining whether people have been in contact with others who have the virus, so they can be tested or quarantined.

At such a critical stage, the ongoing divergence between views of federal and Sindh governments is not helping at all. We as a nation have to set aside all the political differences and adopt a unified approach to fight the common threat and should explore all the therapeutic and technological tools at our disposal.